The view from inside the Waldstein Garden in Prague, Czech Republic, on Sept. 28. (Martin Egnash)

The view from inside the Waldstein Garden in Prague, Czech Republic, on Sept. 28. (Martin Egnash) 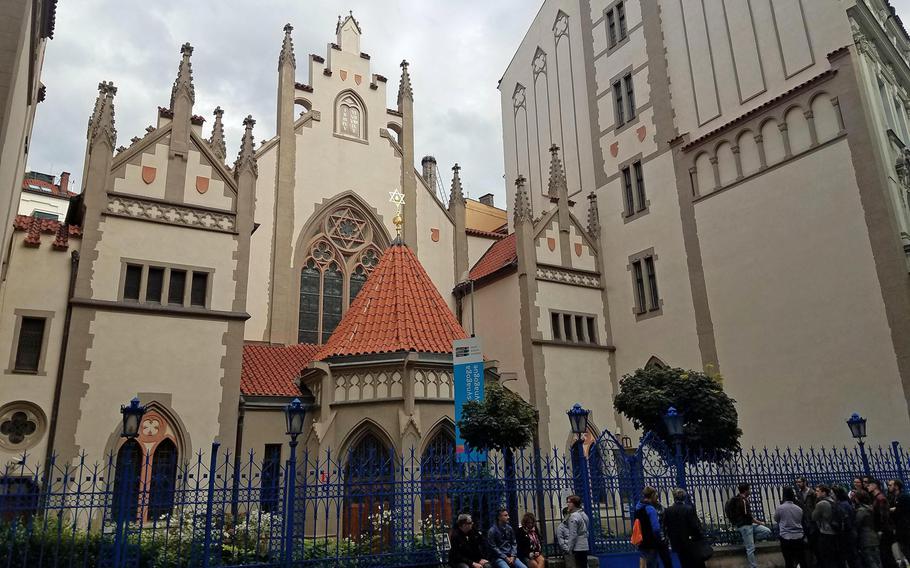 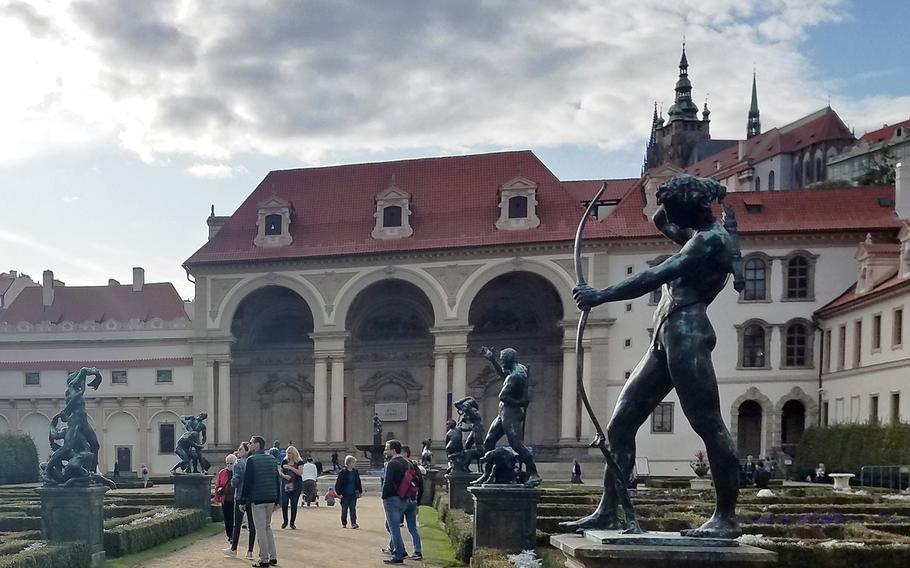 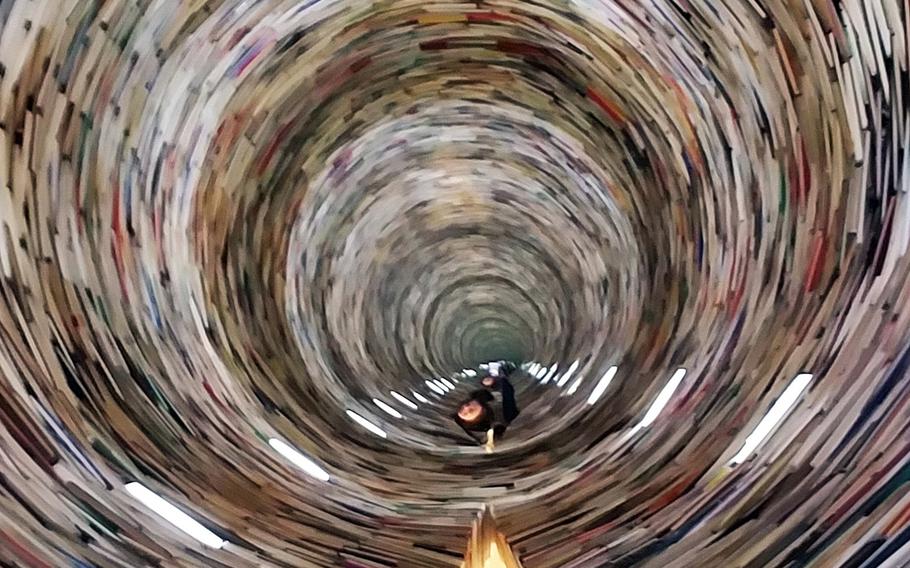 Inside the Tower of Books in the Municipal Library of Prague, in the Czech Republic. (Martin Egnash)

Prague is known as “the city of a hundred spires” for its many hundreds of stunning towers, church steeples and turrets poking up above the city’s skyline. It’s a gorgeous city that is much loved by tourists for its intricate astronomical clock at the Old Town Square, the gorgeous cobblestoned and statue-lined Charles Bridge, and Prague Castle, one of the largest castle complexes in the world.

But those places are always crammed with tourists. There is a perpetual mosh pit of people in front of the astronomical clock, the line to get into the castle moves agonizingly slowly, and St. Charles Bridge is so jam-packed with people, you’re lucky to get to the other side of it without a panic attack.

But there is an alternative. Why not enjoy the city of a hundred spires without hundreds of tourists getting in your way?

Prague has plenty to see outside of the regular tourist sites.

The Jewish Quarter, for instance, generally has much less foot traffic than the Old Town Square, and has plenty of historic sites to see.

It’s one of the largest Jewish Quarters left standing after World War II, as Adolf Hitler chillingly wanted to preserve it as a “museum to extinct races.”

The Jewish cemetery, with centuries-old gravestones built almost right on top of each other, is in this neighborhood and not to be missed.

But in the spirit of seeing things nobody else is, why not just walk around and explore the many standing synagogues? There are several architectural masterpieces, like the Old New Synagogue, where the legend of the Golem began, or the Maisel Synagogue, which looks like a medieval castle.

For literary lovers, you can also stop in at the nearby Municipal Library of Prague to view the tower of books, a sort of tunnel of books that you can stick your head into. With the help of mirrors, the tower gives the illusion that the books go on forever.

Another less-visited spot in Prague is the Mucha Museum, dedicated to Alphonse Mucha, the Czech Art Nouveau painter. The museum may be small, but it houses dozens of the artist’s works, and every painting and poster he designed is really something special.

Of course, you’re still going to want to see the Charles Bridge. It’s THE thing to do in Prague. But you might want to avoid it during the day.

I think the best times to walk the bridge are either super early in the morning, or crazy late at night.

Early morning, before the big crowds, there will almost certainly be people taking wedding pictures there. But it’s quite nice, and you have a great view of the statues and the city on one side and the castle on the other.

At night, there will be fewer people the later you go, but the view isn’t as great once they turn the lights off to the castle. But, hey. No people.

But if you really want to get a good look at the bridge during the day, then I suggest going to the almost unheard of Podul Carol bridge. This bridge, while certainly less beautiful, offers a view of the statue-lined Charles Bridge without all the shoulder-rubbing with strangers.

Crossing either bridge puts you in the castle district, where you could head to the Waldstein Garden, just below the royal apartments.

This secluded garden offers you a nice escape from the clamor of the city, and offers amazing views of the castle.

The baroque garden is a sight in itself, too. There are Renaissance statues, a huge grotto wall, geometrically laid-out hedges, and resident peacocks just walking around (like they own the place).

It’s a great place to relax and take in views of the castle without having to walk up to it and wait in the long lines.

DIRECTIONS: About 150 miles east of Grafenwoehr

INFORMATION: Jewish Quarter (Josefov): Located between the Old Town Square and the Vltava River. Dress code: Visitors to Prague’s synagogues must wear appropriate clothing that covers the shoulders. Men must also wear a head covering, which are provided.