Drugmaker pays millions in suit over military's use of Factor VII 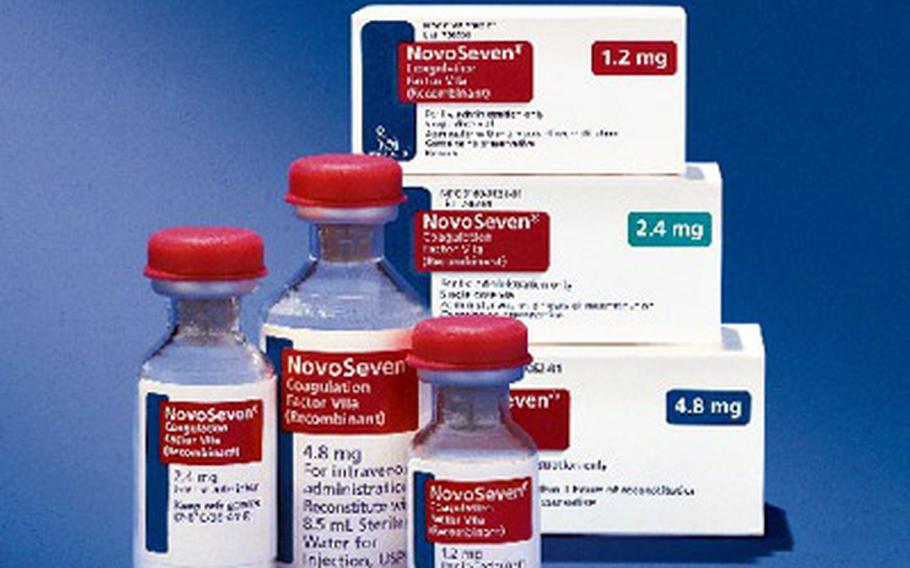 In a deal with the U.S. Department of Justice, the Danish manufacturer of Factor VII, also known as NovoSeven, agreed to pay $25 million to resolve allegations that it illegally promoted the drug to the U.S. Army as a treatment for traumatic bleeding. (Courtesy of Google Images)

Medical questions about the Army's use of the drug Factor VII have mostly been resolved: Yes, it is potentially dangerous. No, it doesn't seem to work, The Baltimore Sun reported.But some questions remain: Why was an obscure hemophilia drug embraced by the Army as a treatment for combat injuries? And why was it injected into thousands of wounded troops in Iraq and Afghanistan even though there was little evidence that it was safe or saved lives?

Danish manufacturer Novo Nordisk agreed to pay $25 million over allegations that it promoted Factor VII to the Army as a treatment for traumatic bleeding in such a way as to persuade the service to treat combat casualties with the largely experimental drug.

Factor VII was introduced in 2003 as a treatment for combat trauma in Iraq, before clinical testing of such a use on humans had begun. By 2006, the Army in Iraq called for injecting it into nearly every casualty with signs of serious bleeding.

Dr. Ian Black, an Army physician, said he filed a whistle-blower lawsuit in 2008 after witnessing patient complications he thought were related to the drug, and after failing, for years, to change the Army's practices from the inside.

Read more about Factor VII and the military's lawsuit by The Baltimore Sun.