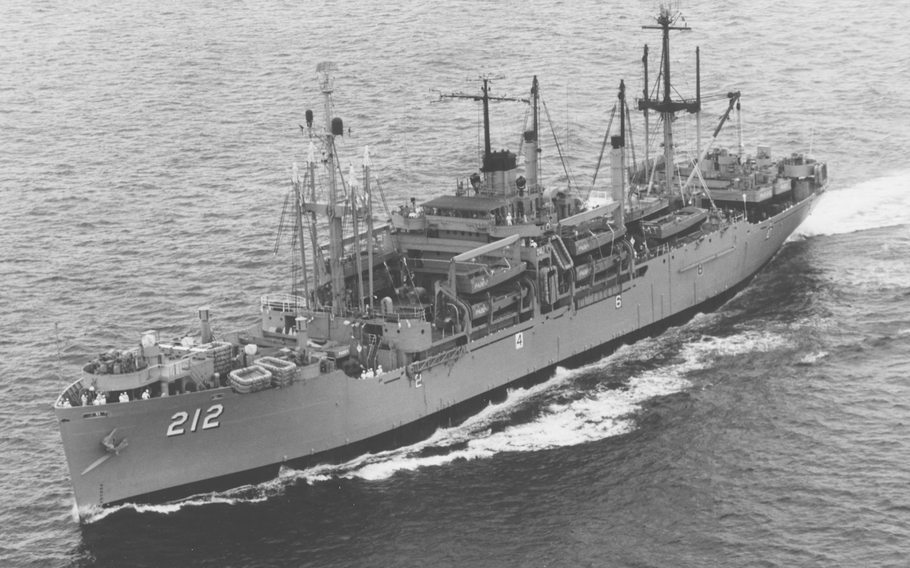 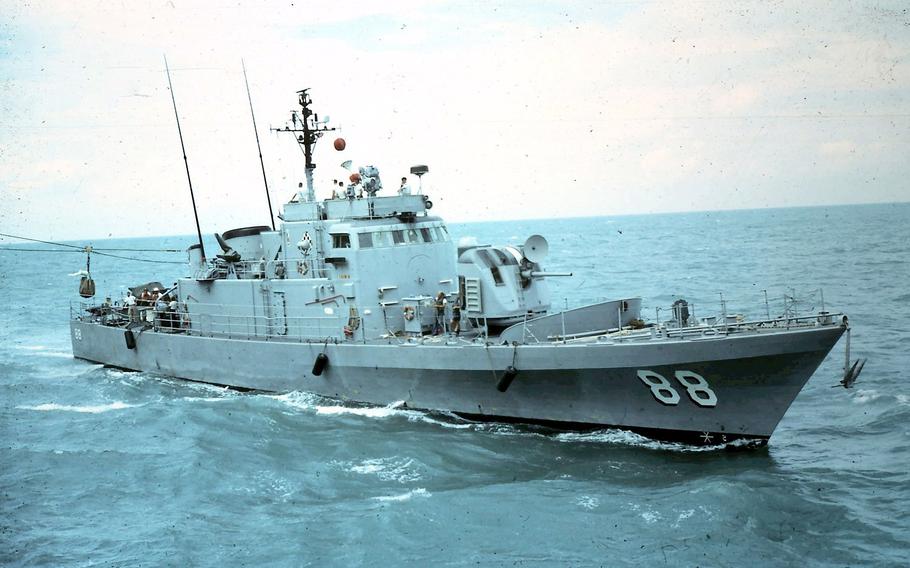 USS Crockett in South Vietnamese waters in 1968. The Crockett is one of the ships whose crew are eligible for benefits under the assumption of Agent Orange exposure. (U.S. Navy)

WASHINGTON — After months of uncertainty, the Department of Justice decided not to appeal a federal court ruling that extends eligibility for Department of Veterans Affairs benefits to Blue Water Navy veterans who served on ships offshore during the Vietnam War.

With the court challenge apparently over, tens of thousands of veterans – with estimates up to 90,000 – are in line to receive VA benefits, which could equate to thousands of dollars in disability compensation each month. The Congressional Budget Office has predicted the new benefits could cost about $1.1 billion during the next 10 years, but VA officials estimate it could be five times that amount.

“This is a huge victory for tens of thousands of deserving veterans who were arbitrarily stripped of their earned benefits,” said B.J. Lawrence, national commander of the Veterans of Foreign Wars.

The affected veterans served aboard aircraft carriers, destroyers and other ships during the Vietnam War and have been fighting for years to prove they were exposed to the chemical herbicide Agent Orange.

The VA had deemed them ineligible for the same disability benefits as those veterans who served on the ground and inland waterways, but in January, the Court of Appeals for the Federal Circuit ruled 9-2 that blue water Navy veterans also should be eligible.

At issue was interpretation of the law, which allows easier access to disability benefits for veterans who “served in the Republic of Vietnam” and suffer from one of a list of illnesses linked to the Agent Orange. The herbicide has been found to cause respiratory cancers, Parkinson’s disease and heart disease, as well as other conditions.

The court determined territorial seas should be included in the definition of “Republic of Vietnam” – a point the government disputed.

The Justice Department considered appealing the ruling to the Supreme Court. After being granted multiple extensions, Solicitor General Noel Francisco decided May 28 not to challenge it. The decision came “after consultation with VA and other components of the government,” according to a court filing submitted Tuesday.

It remained uncertain Thursday when the VA might begin to process claims from blue water Navy veterans. The agency recently reached out to the VFW for its support to establish a plan, said Carlos Fuentes, VFW legislative director.

“Ultimately, we are very thankful that blue water Navy veterans will start receiving care and benefits, and we urge the VA to do so immediately,” Fuentes said. “They’ve had some time to plan out what the future is, and VA has reached out to us and asked us to help game plan what that looks like.”

The case, Procopio v. Wilkie, was named for Alfred Procopio, Jr., 73, who served on the USS Intrepid during the Vietnam War. The resolution of the case comes 10 years after the VA denied Procopio’s disability claims for diabetes and prostate cancer.

“Mr. Procopio is entitled to a presumption of service connection for his prostate cancer and diabetes mellitus,” the decision issued Tuesday states. “Accordingly, we reverse.”

Judge Kimberly A. Moore, who wrote on behalf of the majority, added: “We find no merit in the government’s arguments to the contrary.”

While the case made its way through federal court in recent years, advocates spearheaded efforts on Capitol Hill to have Congress mandate benefits for blue water Navy veterans.

The Senate failed to pass the legislation before the end of the congressional session in December. The bill stalled in the Senate after VA Secretary Robert Wilkie and several former VA secretaries came out against it. Wilkie cited high costs and insufficient scientific evidence linking blue water Navy veterans to Agent Orange exposure.

The legislation was introduced again this year during the first days of the 116th Congress. The House voted 410-0 to advance the bill to the Senate.

Some lawmakers and advocates are suggesting Congress still move forward with the bill to protect against the issue being challenged again in the courts.

In a joint statement Tuesday, Reps. Mark Takano, D-Calif., and Phil Roe, R-Tenn., -- leaders of the House Committee on Veterans’ Affairs – issued a joint statement calling on the Senate to pass the legislation, HR 299, as soon as possible.

In order to help offset costs of the benefits, the measure seeks to increase fees for nondisabled veterans who apply through the VA home loan program.

John Wells, director of Military-Veterans Advocacy and one of the attorneys involved in the court case, pulled support from the legislation last month. He argued the bill would inadvertently limit the number of veterans who would be eligible for benefits under the court ruling and has asked lawmakers to use broader language in the legislation.