DOD: 1,400 troops to deploy to Liberia to fight Ebola, starting in October 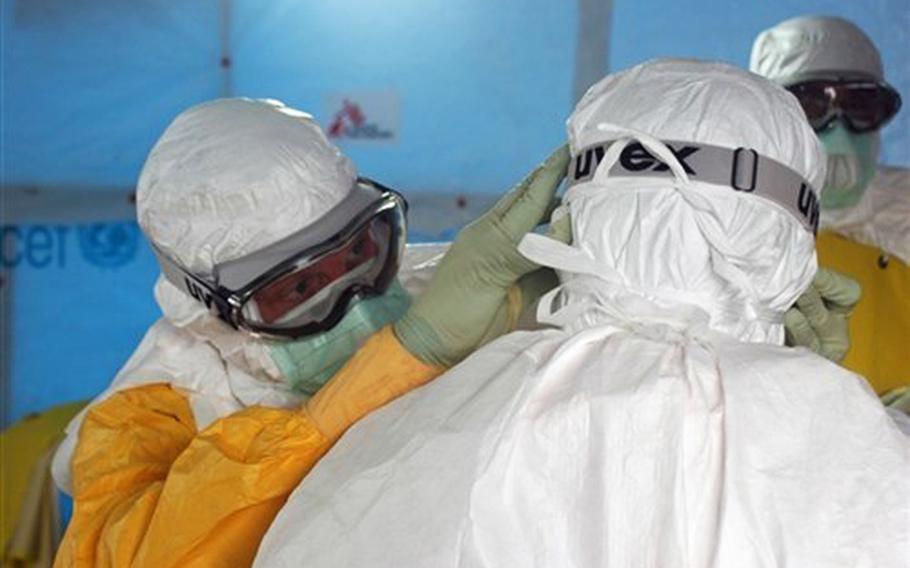 WASHINGTON — Deployments of U.S. troops to fight the Ebola outbreak in West Africa will accelerate this month when 1,400 soldiers are dispatched to Liberia, the Pentagon announced.

Half of the soldiers are from the headquarters element of the 101st Airborne Division, based at Fort Campbell, Ky., and will form the headquarters staff of a joint forces command led by Maj. Gen. Gary Volesky.

The other 700 will include combat engineers from units around the United States, charged with overseeing the construction of 17 Ebola treatment centers with a total of 1,700 beds. Officials with the 1st Armored Division at Fort Bliss, Texas, and Joint Task Force Carson at Fort Carson, Colo., confirmed troops from those installations would deploy this month to Liberia. The size of the deployments were still being determined, they said.

Among the troops on the ground is a team of 15 Seabees based in Djibouti, handling site preparation for the facilities. Equipment for a 25-bed field hospital that will be used to treat medical personnel in the capital, Monrovia, arrived in Liberia in recent days, Kirby said.

Troops will arrive “in waves,” Kirby said, to provide logistical support and continue construction of a system of facilities around Liberia to treat the highly contagious and frequently fatal virus.

The Ebola virus is passed through body fluids, but Kirby said U.S. troops would deploy with training in how to avoid the virus as well as a full load of protective gear. Furthermore, they won’t be in contact with disease sufferers, he said.

“U.S. military personnel are not and will not be providing direct care to Ebola patients,” he said. The World Health Organization recently reported that more than 3,000 people had died in the outbreak.

With the arrival of Volesky, until recently the head of Army public affairs, the operation’s current commander, Maj. Gen. Darryl A. Williams will resume his duties as head of U.S. Army Africa.

The mission will last as long as necessary. “There’s no ending date on this right now,” Kirby said. “I think in general, we’re looking at at least six months but it could go longer than that depending on the needs of the mission.”

Kirby bristled at suggestions that DOD was moving slowly to tackle the Ebola outbreak. The military is moving as quickly as possible to put people and equipment on the ground, he said, and is only in a supporting role to the U.S. Agency for International Development, which is coordinating the U.S. government response to the outbreak.