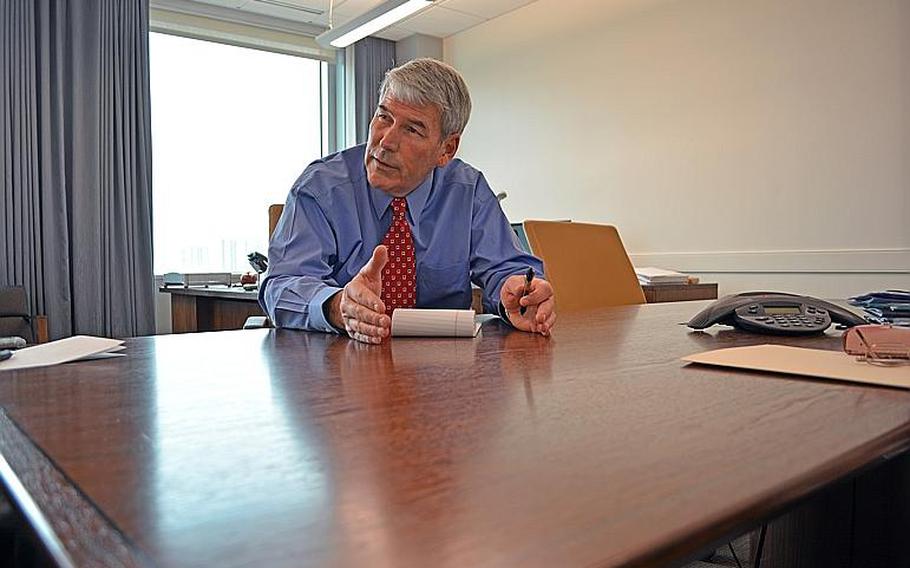 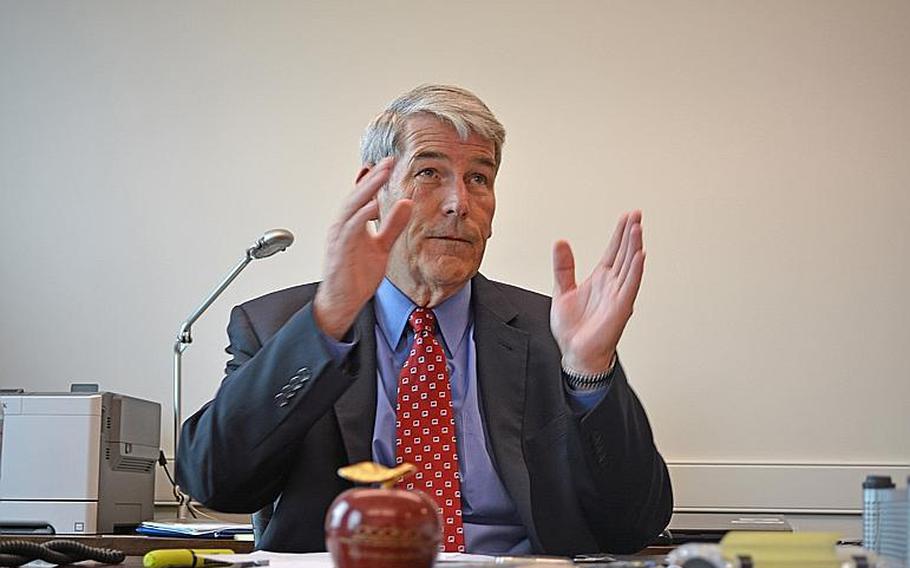 WASHINGTON — Collective lamentation over the falling defense budget has been part of the Washington soundtrack for several years, but it’s not a tune you hear in the office of the new head of the Defense Department’s elementary and secondary schools.

In a recent interview with Stars and Stripes, he called the financial situation at DODEA, which serves 82,000 students, “a remarkable relief” by comparison. That’s despite the threat of furloughs for all employees last year and the possibility that across-the-board budget cuts could be imposed again once a bipartisan budget deal expires in 2016.

“The Department of Defense has made a tremendous commitment to education, and we have to understand that the budget is getting reduced,” he said. “But actually, in ’14 and ’15 it appears that DODEA is getting sufficiently resourced, and we hope that continues in the out years.”

Brady retired from the Army in 1997 after a 25-year career capped by the position of commander at Fort Belvoir, Va. With an undergraduate degree in teaching earned decades earlier, and with years of extensive involvement in parent-teacher organizations at the schools his five children attended, he decided to refocus.

“When I got to the end of my military career, I said to myself, ‘Maybe I can get into this education thing and keep the service ideal, but just do it in a different way,’” he said.

His first education job was as chief operating officer at Fairfax County Public schools, a district serving one of the wealthiest counties in America. Ready for more of a challenge, he moved on to administrator jobs at District of Columbia and Philadelphia school districts.

Then in 2008, he was hired to run Providence, R.I., Public Schools, a district with crushing fiscal challenges — where nearly 90 percent of the students qualified for free and reduced price lunches, a federal measure of poverty.

Brady described a fiscal environment at Providence at the time, where “every day is a budget battle, every day is a budget reduction, and there is no money put into capital funding.” That’s unlike DODEA, which has said it would spend $4.7 billion to repair and replace schools between 2011 and 2021.

Providence Mayor Angel Taveras in 2011 developed a crisis plan to reduce employee costs in the school district — by firing the entire teaching staff. The mass termination was planned because of rules requiring advance notification of firings, and a large majority of the teachers were later hired back.

Brady oversaw the process, but said he told the mayor to weigh the consequences, including putting at risk an innovative new agreement between the district and the teachers union to help fix failing schools.

”He thought the best approach was to do the maximum latitude” in terminating teachers, Brady said. “I pointed out the impact on the workforce and that perhaps there were other ways to approach this.”

“We are both passionate about educational reform but I realize it takes time to have a sustained, enduring reform,” he said. “I wanted it to last, and short term things don’t necessarily last in the long term. We were well on the track of student improvement and student performance improvement, and so philosophically there was a difference in how to approach it.”

After two years of consulting and other work, Brady found out about the DODEA director opening.

In his first weeks on the job, Brady has been traveling in the United States and worldwide to speak with DODEA staff and parents and describe his vision for the organization. With no crises — budget driven or otherwise — forcing radical changes, he said he would focus on a few long-term reforms rather than a host of programs and quick fixes, which he said can exhaust school staffs.

“I’m passionate about aligned curriculum with assessment, so that you know what you’re taught, and the children are prepared,” he said. “That’s not to say that teachers have to do it by rote. I think there’s a difference between, ‘They make us teach it this way’ and ‘Here’s your learning objective and you can teach it whatever way you’d like.’”

The move will be fully resourced, with plenty of professional development opportunities for teachers, he added.

Along with most states, DODEA signed on to the Common Core Standards for English/literacy and math. Brady said the standards, which he plans to implement over the next 18 to 24 months, will help students, but he recognizes that the nationwide initiative has been controversial in its approach to testing.

“Common Core means many things to many people, and it’s an emotive term,” he said. “It’s not a system, it’s a set of standards and it’s by grade, and I think it’s a positive step. … But I’m not going to talk about the Common Core. I’m going to talk about college and career readiness, which is more encompassing and less confusing to the non-educators.”