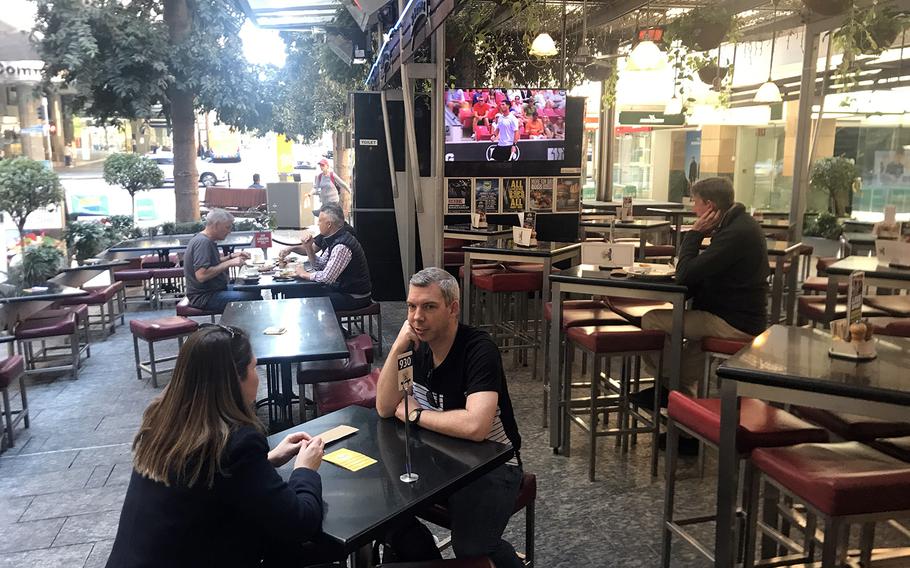 Buy Photo
Pig 'N' Whistle is a chain of bars in Australia and New Zealand that screen sports 24 hours a day, seven days a week. (Seth Robson/Stars and Stripes)

Take away dribbling, dunks and the backboard from basketball and what have you got? Not a spectator sport, in my opinion, but something called “netball” was playing on my hotel television during a recent trip to Brisbane, Australia.

To say Australia is sports mad is an understatement, but deployed U.S. servicemembers Down Under might take a while to get accustomed to some of the games played there.

The most popular sport is Australian Rules Football, which involves a lot of punting and running around a massive oval that’s a lot bigger than an American football field.

Rugby is also big, with teams participating in the National Rugby League and Super XV contests alongside rivals from New Zealand and South Africa.

And, of course, cricket is the national pastime.

You can watch all that as well as American sports at the Pig ‘N’ Whistle — a chain of bars that screen sports 24 hours a day, seven days a week. There’s one in the Queen Street Mall in downtown Brisbane.

On the morning I visited it was showing tennis replays and English soccer. Those not into what’s playing on the TVs can watch crowds of shoppers file past.

Breakfast is available from 7 a.m. I ordered the eggs Benedict for AU$23 (about $16), which included salmon, poached eggs, spinach, hollandaise, tomato and a croissant. If you order them with ham or mushrooms, they’re slightly cheaper.

The portion was about the right size for breakfast — not too small but not excessive — and they went down well with a large mug of coffee ($AU5 or about $3.50), which Australians call a “long black.” A “flat white” is the fancy, frothy kind.

Location: Queen Street Mall, Brisbane QLD 4001, AustraliaHours: Open around the clock, seven days per week.Prices: Most meals are under $14 U.S. with kids meals starting at $6.Dress: CasualDirections: The restaurant is smack in the middle of the mall, across the road from MacArthur Museum Brisbane.Information: +61-7-3003-1593; Online: pignwhistle.com.au