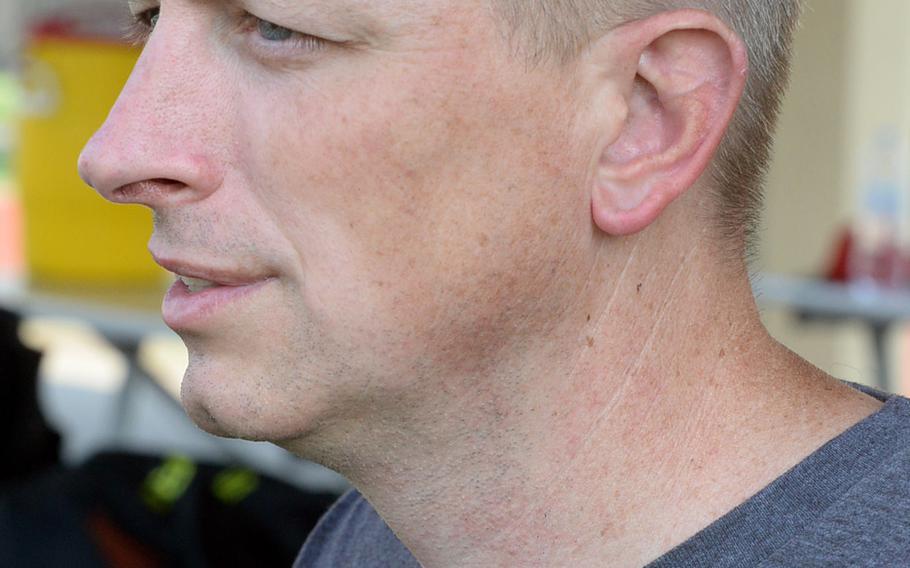 Buy Photo
Blake Sims is in his second season as head coach of Daegu football. (Dave Ornauer/Stars and Stripes)

Buy Photo
Blake Sims is in his second season as head coach of Daegu football. (Dave Ornauer/Stars and Stripes) 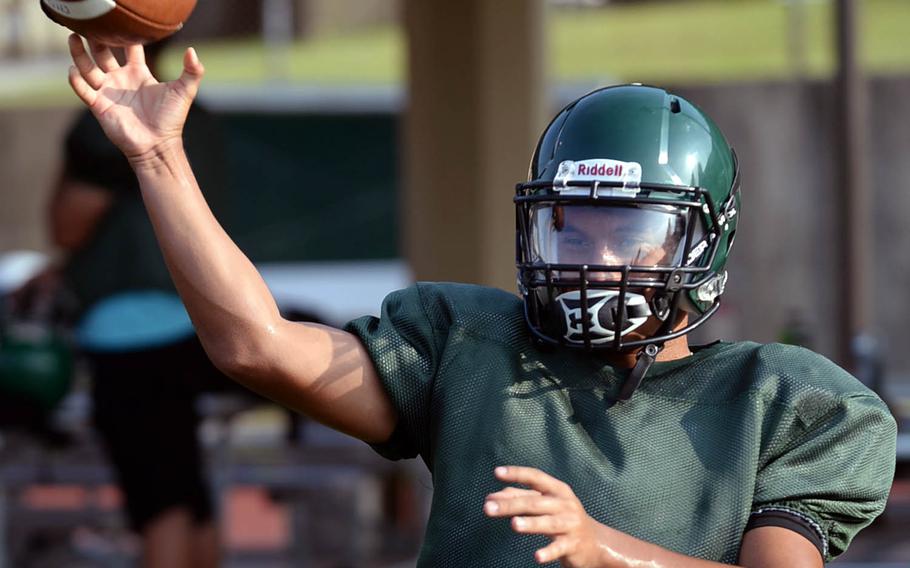 CAMP WALKER, South Korea – Hunter Lane usually gets his kicks in other places, such as last spring, when he led the Daegu boys soccer team with seven goals, or on the wrestling mat, where he won the 148-pound Far East title and was named the tournament’s Outstanding Wrestler in February.

So, what is Lane, who played volleyball for the Warriors last year, doing on the football field? Lending a hand on special teams, placekicking and kick returning – and possibly recruiting for a perpetually undermanned Warriors wrestling team.

“I was going to take the season off,” Lane said, “but this is my senior year, I never played football before, so I said, 'why not?' My friends are doing it. And I might even get a few of the guys to go out for wrestling.”

He’s a welcome addition, second-year coach Blake Sims said, for a Warriors team that finished 4-3 last year and got swept by Humphreys in the chase for Korea’s Far East Division II title-game berth.

“He’s a huge addition,” Sims said, adding that special teams can sometimes be an overlooked aspect of a football team. “He came to me and asked. We’ll take it. He’s smart and he’s picked it up fast.”

Lane is a new face on a Daegu team that welcomes back 14 players from a season ago, including five skill-position veterans.

Michael Martinez, a senior, returns at quarterback in the Warriors’ West-Coast attack. Bishop Fields returns to the backfield and Sam Murphy is back at tight end. Fields and Murphy will see significant minutes at linebacker and defensive end, with senior Thomas Curran at linebacker and cornerback.

Fields, a junior, “is a powerful runner,” Sims said. “He’s hard and smart. He’s a quiet one, but he talks big on the field.”

As for Martinez, he’s the “true leader of the team, which works well with him being a quarterback,” Sims said. “He’s a good encourager on the field.”

Overall, the Warriors have better size in the interior than in 2016. “We were tiny last year,” Sims said.

The Warriors got a bit complicated, Sims said, with their offense a season ago, so Daegu has “simplified things” regarding the West Coast. “Once we get the simple down, we’ll add more as we go.”

Though the Warriors have 25 or so bodies on the field for practice, “it’s still a building process,” Sims said. “We’re coming along. It’s a slow process. We’ve had a 95-percent turnout for practices so far. That’s pretty good in the heat.”

It took the Warriors about five games before they started clicking, Sims said, and that was once Daegu settled on Martinez at quarterback.

“Hopefully, that will transfer over to this year,” Martinez said. “We have a lot more motivation than we did last year.”