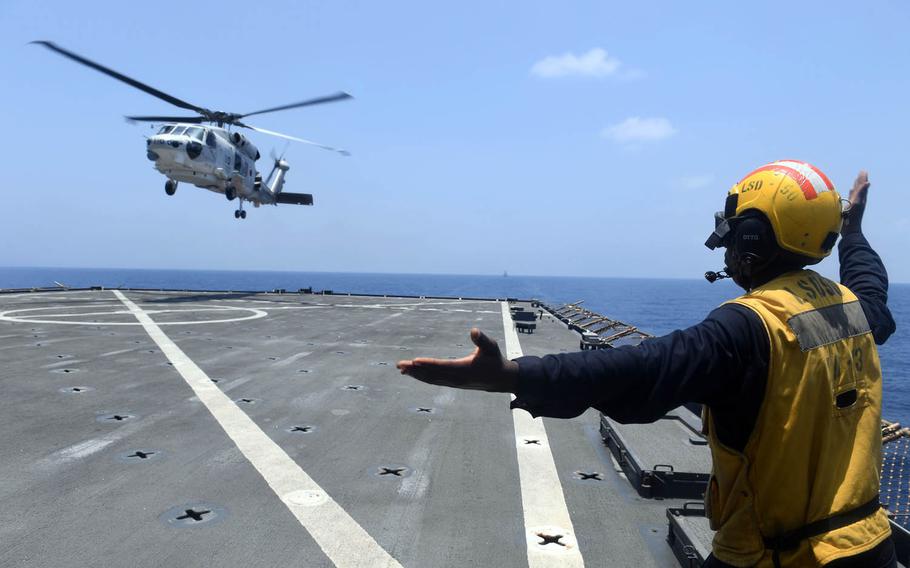 The SH-60J Seahawk from the Asagiri-class destroyer Setogiri lost contact at around 10:48 p.m., about 50 miles off Tappizaki, Aomori Prefecture, the spokesman said. Search-and-rescue operations began immediately, and one survivor from the four-person crew was plucked from the sea.

Authorities have also recovered what appear to be the helicopter’s rear rotor and its flight recorder, the spokesman said. Search efforts continued Monday morning, and an investigation is underway.

The Self-Defense Force has dispatched five vessels and 10 aircraft to search for the missing crew, the spokesman said. Japan’s Coast Guard has also sent two patrol boats. No U.S. forces are involved in the search.

The commander in chief of the Self-Defense Fleet has grounded all Seahawk helicopters until further notice.

The Setogiri belongs to Escort Flotilla 3 of MSDF Maizuru District, the spokesman said.