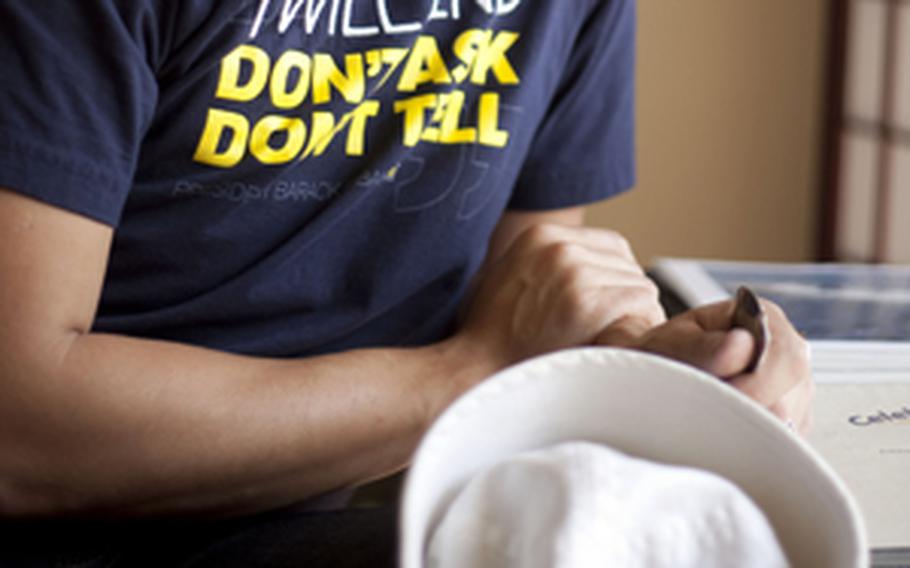 The ruling leaves the Defense Department in murky legal territory with the law for the second time in the last nine months. For now, Pentagon officials cannot dismiss troops for declaring their sexual orientation, and cannot stop openly gay individuals from enlisting in the service.

But that could change if administration officials appeal the decision, as they did last fall.

On Wednesday, a three-judge panel of the 9th U.S. Circuit Court of Appeals in San Francisco lifted their stay of a previous ruling labeling the controversial law as unconstitutional. The panel had ordered that the law remain in effect until final arguments were completed in the case, but on Wednesday they reversed that decision.

In their ruling, the judges said the ongoing work by the White House and Pentagon to repeal the &ldquo;don&rsquo;t ask, don&rsquo;t tell&rdquo; law shows that &ldquo;the circumstances and balance of hardships have changed,&rdquo; eliminating the need to continue enforcing the law.

Congress approved a repeal of the ban on openly gay troops in December, and Defense Department officials have been training servicemembers since February in preparation for the end of the law.

But the controversial rules won&rsquo;t fully disappear until 60 days after the president and defense secretary certify that the force is ready for the change, a move that Pentagon officials have signaled will happen in the next few weeks.

Last fall, when a lower court initially blocked the Defense Department from enforcing the &ldquo;don&rsquo;t ask, don&rsquo;t tell&rdquo; law, White House lawyers appealed the ruling to the 9th Circuit. While still opposing the law, administration officials said that a Congressional repeal process was the proper method for ending the law, not a judicial ruling.

On Wednesday, White House officials did not say whether they would appeal the latest ruling and seek another stay.

The Ninth Circuit Court is still scheduled to hear arguments on the constitutionality of the &lsquo;don&rsquo;t ask, don&rsquo;t tell&rsquo; law next month. If the court agrees with the earlier ruling that the law is unconstitutional, it could open the door for lawsuits seeking back pay and benefits by troops previously dismissed for being gay. The repeal process outlined by Congress does not include any compensation for those individuals.

Meanwhile, Defense Department spokeswoman Cynthia Smith said Pentagon leaders are studying the ruling with Department of Justice officials, but &ldquo;we will of course comply with orders of the court, and are taking immediately steps to inform the field of this order.&rdquo;

&ldquo;As a captain in the United States Army Reserve, I have observed the reactions of my colleagues to the Department of Defense&rsquo;s move toward open service, and can say with complete confidence that our military is ready, willing and able to take this step.&rdquo;

However, other gay rights groups warned that gay troops currently serving in the ranks might still want to wait for the repeal to be finalized before publicly admitting their sexual orientation.

Since Congress voted to repeal the law last year, only four individuals have been discharged from the service under the law, all of them due to personal declarations that they are gay.