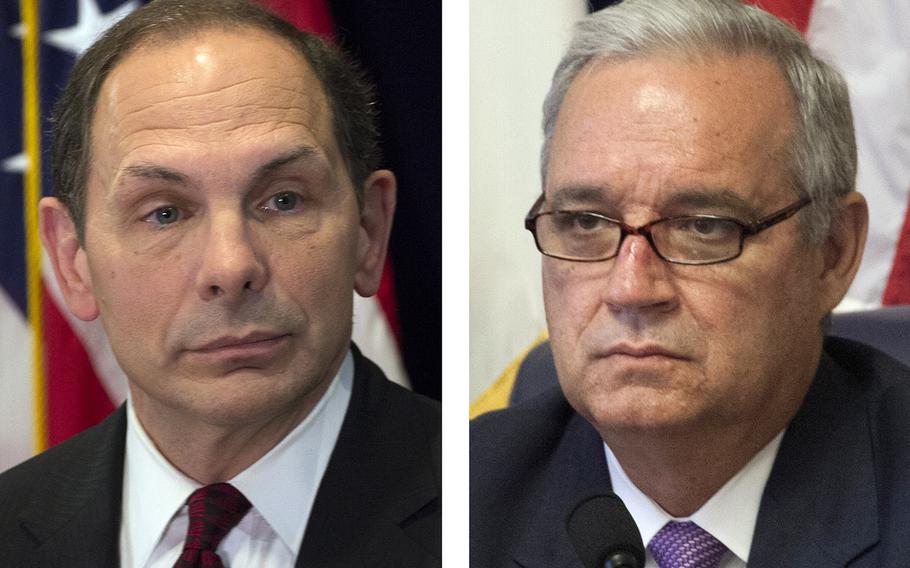 A letter that House Committee on Veterans Affairs Chairman Jeff Miller, R-Fla., sent to McDonald on Friday and obtained by Stars and Stripes starts with a reminder of what happened to the secretary’s predecessor, Eric Shinseki.

“This committee exposed the Department’s delays-in-care scandal at an April 9, 2014, congressional hearing, setting in motion a sequence of events that essentially forced the resignation of your predecessor and led to you becoming secretary,” Miller writes in response to a McDonald letter protesting a threat to subpoena records related to the Philadelphia VA Regional Office.

On Thursday, the committee members voted without objection to issue the subpoena. That came one day after Senate Homeland Security and Governmental Affairs Chairman Ron Johnson, R-Wisc., subpoenaed documents from an investigation into the Tomah (Wisconsin) VA Medical Center that the VA’s inspector general has long refused to release.

McDonald says the VA sent the committee what it had requested, but with some personal information redacted, a step he says was necessary given leaks from the committee.

“I am confused by the need for a subpoena given that on multiple occasions, the Department of Veterans Affairs (VA) has offered to make available the full, un-redacted information you sought,” McDonald wrote in his letter to Miller. “Had the Committee staff agreed to certain reasonable privacy conditions, your staff would have seen all relevant and applicable files.”

When McDonald was appointed VA secretary in July to clean up the VA, lawmakers expressed hope that the former Procter & Gamble CEO could reform the second largest department in the federal government.

But the relationship between Congress and VA officials has been increasingly contentious as a yearlong crisis in veterans’ health care worsens.

In an email response to Stars and Stripes, a VA spokesman said the department “will continue to work in good faith with our partners to serve the needs of veterans” but seemed to blame Republicans for politicizing veterans issues, and said that committee members had repeatedly violated rules against sharing private records.

“Oversight and healthy criticism certainly has its place to help spur improvements,” the spokesman said. “However, recent actions by the majority on the House committee are undermining genuine efforts to better serve veterans.”

Lawmakers have been especially irked what they see as reluctance by the VA to hand over documents related to the agency’s growing list of scandals, as well as the low number of senior executives fired.