Congressman wants Carter to intervene in removal of Green Beret 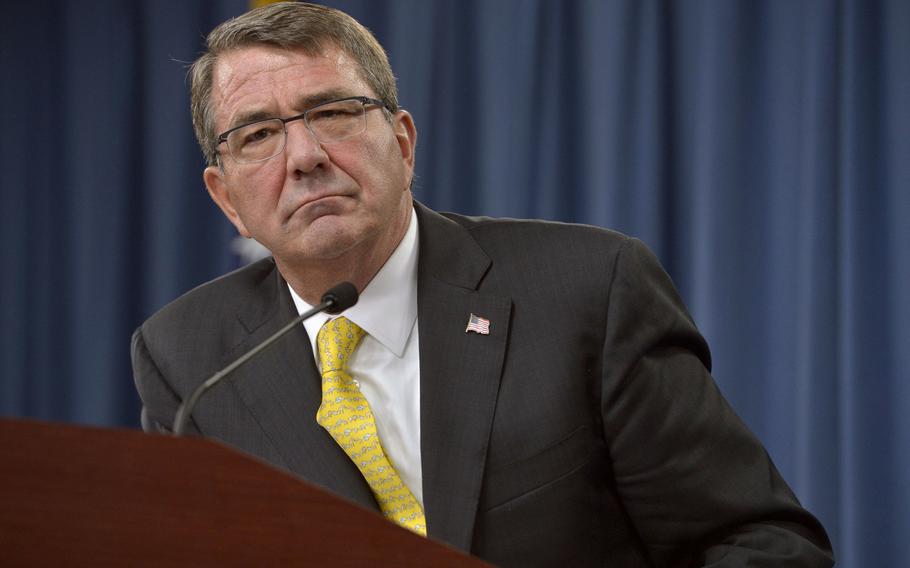 WASHINGTON — In a letter urging Secretary of Defense Ash Carter to intervene, a congressman said Wednesday that the Army went too far in reprimanding and initiating actions against a Green Beret who shoved an Afghan police commander after he allegedly admitted raping a young boy.

Sgt. 1st Class Charles Martland faces involuntary separation from the Army by November. Martland, 32, has said he wants to continue serving and is being removed based solely on the September 2011 incident while deployed to Kunduz province. Messages seeking comment from the Army were not immediately returned Thursday.

Rep. Duncan Hunter, R-Calif., a former Marine who sits on the House Armed Services Committee, said the Army rushed to judgment after the incident. In the letter, he asks Carter to “review the details of this case and intervene immediately.”

Martland and his detachment commander shoved Afghan Local Police commander Abdul Rahman after they said he admitted to chaining a 12-year-old boy and repeatedly sexually assaulting him over several days.

Citing a letter penned by an unnamed Afghan linguist directly familiar with the incident, Hunter said Rahman also beat the child’s mother for turning him in and laughed off both incidents when confronted.

In a letter to Carter on Wednesday, Hunter wrote that American officials should “expect each and every one of our warriors and military professionals to intervene in such a situation. … Martland and his team should be commended for showing any restraint at all.”

According to Hunter, that has not been in the case.

Documents cited in the letter say Martland and his team leader were issued “memorandums of reprimand” after the incident, relieved from their duties in Afghanistan and redeployed stateside for their actions in “the intentional assault” of Rahman.

Brig. Gen. Christopher K. Haas, then commander of the Combined Forces Special Operations Component Command in Afghanistan, wrote in the October 2011 memo that the Green Berets’ actions were “a flagrant departure from the integrity, professionalism and even-tempered leadership I expect from all soldiers of this command, and especially a Special Forces professional.”

Martland — an 11-year veteran who has served in Iraq and Afghanistan and received the Bronze Star with “V” device for valor — has no other disciplinary issues on his Army record, according to Hunter.

Several Green Beret officers and senior noncommissioned officers have supported Martland, who is serving as a Special Forces underwater operations instructor in Key West, Fla., and intends to become a Special Forces medic.

In a January note to the commander of the U.S. Army Enlisted Records and Evaluation Center, Martland’s current commanding officer, Maj. Joshua A. N. Eaton, said the Green Beret is “without a doubt in the top 1 (percent) of noncommissioned officers I’ve had the pleasure of working with in my 12 years in the Army.” He added: “It would be a disservice to the Army to lose this NCO.”

Another Special Forces officer Martland worked closely with said he would “absolutely trust him with my life.”

“He was completely dependable, trustworthy and loyal to the benefit of the unit,” Maj. Samuel W. Kline wrote, also in a letter to USAREREC. “… I unequivocally implore that (separation) action not be imposed against Martland as he is the type of person, NCO, and leader that we need in the United States Army.”

Hunter’s chief of staff, Joe Kasper, said Thursday that his office has not received a response from the Army or Carter.