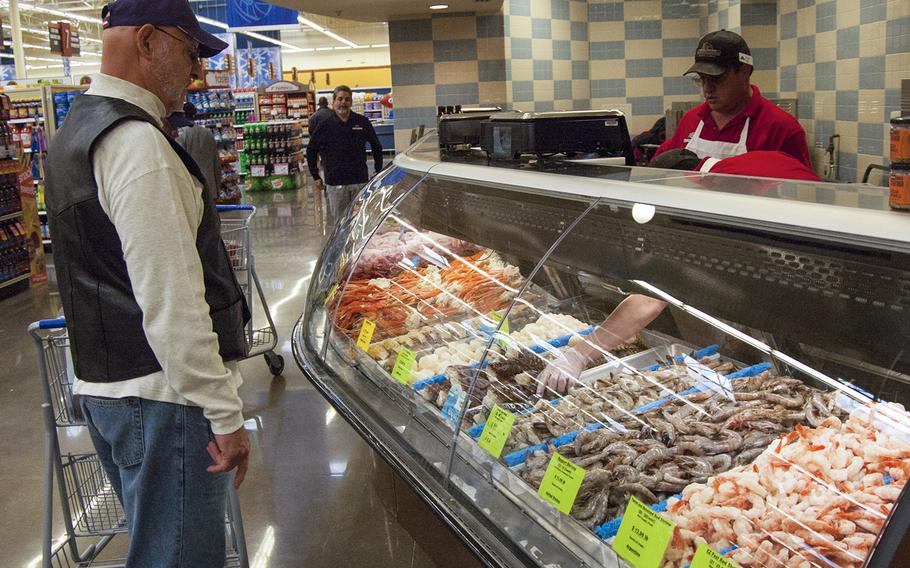 A steady fall in commissary sales and store transactions since 2012 suggests Congress and Defense Department officials picked a risky time to try to transform on-base grocery stores into more business-like operations, a move intended to lower taxpayer support of the benefit while still preserving shopper savings.

Sales and transaction data gathered by the Defense Commissary Agency (DeCA) through the first five months of fiscal 2017 show a familiar pattern of worrisome declines, traceable only in part to the recent force drawdown.

From fiscal 2012 through 2016, annual commissary sales fell from $6.09 billion to $5.25 billion, a drop of $840 million or almost 14 percent. The pattern continued into the current fiscal year. If the slope through February holds for the year, annual sales will be near to $5 billion, a fall of 17 percent in just five years.

Number of transactions, or shopper checkouts, fell from 97.8 million in fiscal 2012 to 86.7 million by 2016. That modestly more gradual 11 percent slide also continued into the current fiscal year.

Multiple factors are affecting sales and “we are trying hard to overcome them,” explained Christopher Burns, DeCA’s executive director for business transformation, in emailed responses to our questions about the falling sales.

Overall sales data for the U.S. grocery store industry, as found online, show sales have climbed modestly in recent years. Burns, however, pointed to a Commerce Department finding that in 2016, “restaurant spending and food away from home exceeded grocery store spending for the second straight year.”

“During the last few quarters, grocery sales have been severely impacted by deflationary trends. According to first quarter Fiscal 2017 Bureau of Labor Statistics Report, the food at home index declined 2.17 percent. Milk (-1.85 percent), ground beef and veal (-6.56 percent) and egg (-34.26 percent) prices are all significantly lower.”

Commercial retailers, Burns said, can use lower food prices to improve profit margins, lessening the direct effect on the total sales reported. But commissaries have had to continue to sell goods at cost, plus a 5 percent surcharge.

“For example, during the last few quarters, the shelf price for a dozen eggs fell by 53 percent in commissaries but only 34 percent in commercial grocery stores,” Burns said.

Some other factors Burns cited for declining sales are undisputed, including stiffening competition off base.

“More commercial supercenters and other major discount stores are selling groceries. There is also an increased competition from online shopping,” he said.

Perhaps half of commissary shoppers are retirees, retiree spouses and survivors. That segment of the community held steady the last four years. Active-duty forces, however, fell from 1.43 million at the start of fiscal 2012 to 1.29 million last month, a 9 percent decline. Burns said DeCA’s own research shows the smaller force might be having an outsized impact on commissary sales because the proportion of married members has fallen even more in the drawdown.

“From 2015 to 2016, the overall active duty population decreased by less than one percent. The married active duty population decreased 2.3 percent in the same period. ... We have more single soldiers, airmen, sailors and marines than before, in percentage terms. This is important because we know that single soldiers are less likely to shop at the commissary. They are on meal plans at the dining facilities and consume a lot of their meals at establishments on and off base.”

Another factor is a shrinking number of servicemembers who live on base, or reside off base but nearby. Burns said the number of active-duty members who reside within five miles of a military base decreased by 12.5 percent in 2014 alone.

“Today only 26 percent of active duty military live on base, and many of those are single,” Burns said. “This migration away from the base has an enormous impact on military community support functions including … resale activities, particularly commissaries.”

Commissary suppliers and product manufacturers are alarmed by the fall in sales. So too are exchange service executives who long have argued that fewer commissary shoppers dampen traffic in base department stores, gas stations and specialty shops. Unlike commissaries, exchange operations generate profits that help fund gymnasiums, golf courses, libraries and other recreational activities.

Representatives for suppliers, and also shoppers who read this column, point to other factors that have impacted commissary sales: end of discounts on tobacco products; having to use and to tip grocery baggers; the hassle of tightened security to access on-base stores; and a growing distrust of touted commissary savings in the wake of actions to transform the benefit and reduce taxpayer support.

Commissaries soon will end the practice of selling only brand-name goods at cost plus a surcharge. Prices will begin to vary by store or region while the number of brand names on shelves are narrowed to allow room for DeCA private-label products. DeCA-labeled products will be sold at deeper discounts and also will generate revenue to help reduce DeCA’s $1.3 billion annual appropriation.

Burns rejected the notion that transforming commissaries while sales are falling puts the prized benefit at greater risk. The military resale system “as a whole must evolve if it is going to stay relevant to this and future generations of authorized shoppers,” he said. Commissaries must “adapt to changes that are taking place in demographics, buying patterns and competition.”

He noted the “tremendous pressure” on DeCA the last four years to reduce its annual appropriation. The solution Congress accepted was to operate DeCA like a business, “offering the products people want at competitive prices, providing options to purchase lower-cost alternatives, and reducing operating costs.”

Private labels, variable pricing and winnowing brand names based on product category performance data are key to improving sales and generating profits that will lower the need for taxpayer support. Meanwhile DeCA plans many smaller steps to modernize and compete with retailers, including an emphasis on selling natural and organic foods and testing online shopping with curbside pickup.

“Our new business model doesn’t mean we will cut corners or compromise quality,” Burns said. “It just means we’ll improve our efficiency using proven commercial practices. Every change we make has to be good for our patrons and good for the taxpayer. Either/or isn’t good enough. It has to be both.”