Commander: 'Fair chance' US had role in strike on civilians in Mosul 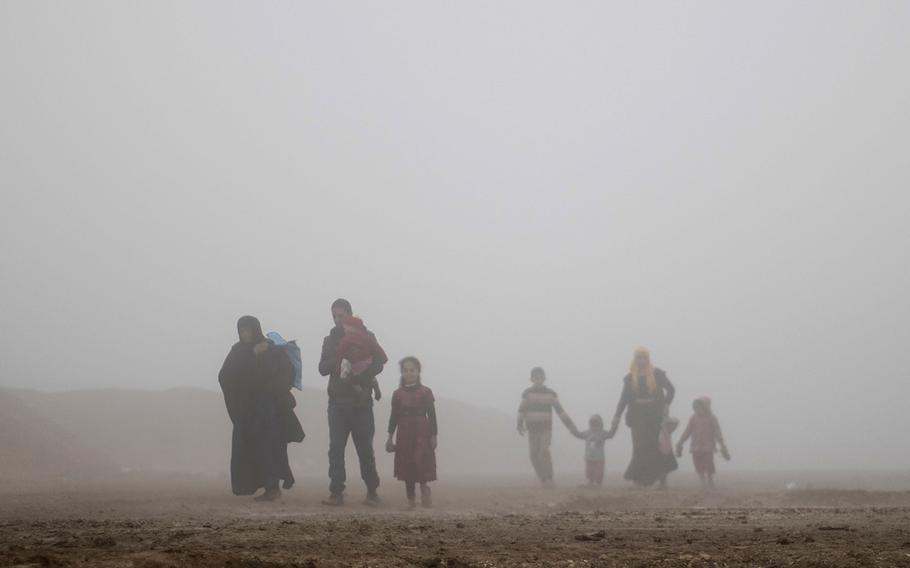 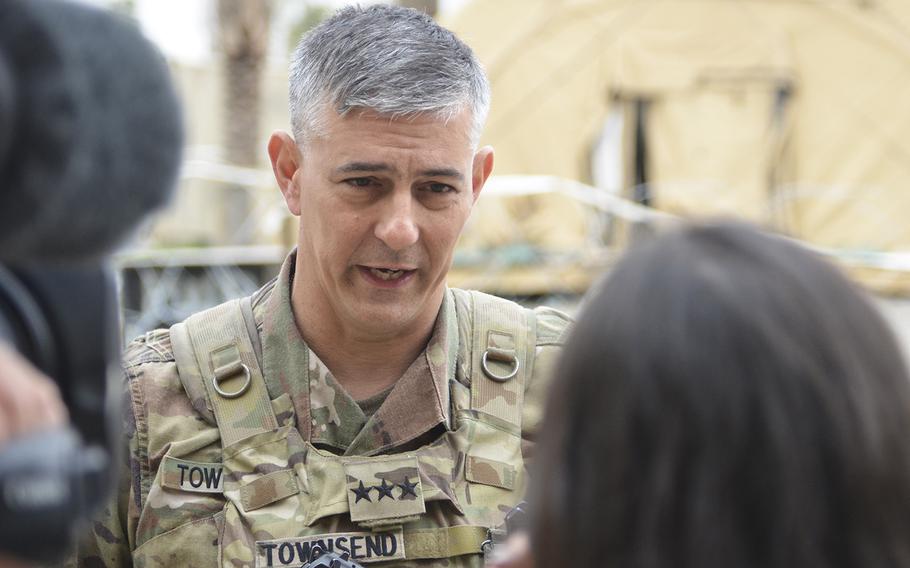 WASHINGTON — The U.S. likely had a role in a strike against a building in Islamic State-controlled West Mosul that might have led to the death of scores of civilians, the top U.S. commander in the fight against the terror group said Tuesday.

On March 17, during multiple U.S. and coalition airstrikes against Islamic State fighters and equipment, a building was destroyed. It was later reported to contain as many as 200 civilians. CNN reported that 112 bodies had been discovered as of Tuesday.

Lt. Gen. Stephen Townsend, who heads the U.S.-led coalition, told reporters at the Pentagon on Tuesday that based on initial investigations of the airstrikes in the area, “we probably had a role in these casualties.”

“If we did it, and I’d say there’s at least a fair chance that we did, it was an unintentional accident of war,” Townsend said. He said that Air Force Brig. Gen. Matthew Isler had been appointed to lead the Mosul airstrike investigation, and that a team of U.S. and Iraqi investigators were able to reach the site Monday.

Townsend said the building that was hit had been under surveillance, and that questions remained whether the Islamic State had lured U.S. airpower to the target and trapped civilians inside.

Before the strike, there were Islamic State members “fighting from that position, from that building,” Townsend said. “There were people you can’t really account for being there, unless they were forced there.”

Townsend said Iraqi Counter Terrorism Service forces reported having discovered two other buildings that were rigged to explode. The service rescued 45 hostages in one and 25 hostages in another, he said.

Townsend said the munitions that were fired by U.S. forces were not large enough to bring down the building, which suggests to him there could have been another explosion, such as the building being rigged to explode or a follow-up bomb. He did not specify which munitions were used.

“It could have been a combination of these events,” he said.

The reports of civilian casualties come at a time when the U.S. is considering options to accelerate the military campaign against the Islamic State, including loosening the rules of engagement that determine when U.S. forces can fire a munition.

Townsend told reporters that there have been some “minor adjustments” to the rules of engagement since August. He would not specify what the changes were, saying that was classified. He said those changes did not have a role in the March 17 strike.

Since December however the U.S. has lowered the rank required for an officer to approve an airstrike, effectively allowing those decisions to be made at a more tactical level by ground commanders.