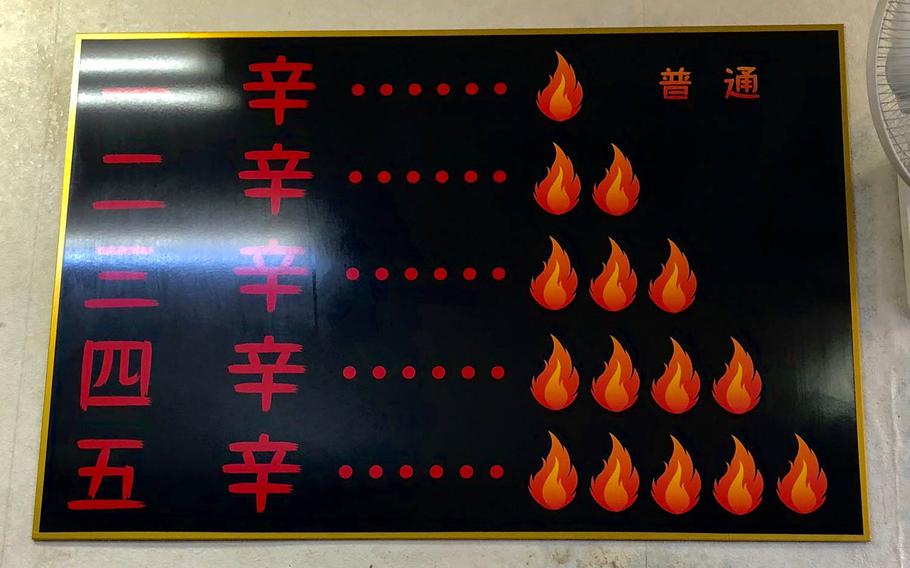 Buy Photo
There are five heat levels to choose from at Ikeda Spicy Noodle in Yokosuka, Japan. Level five may leave you drenched in sweat. (Christian Lopez/Stars and Stripes) 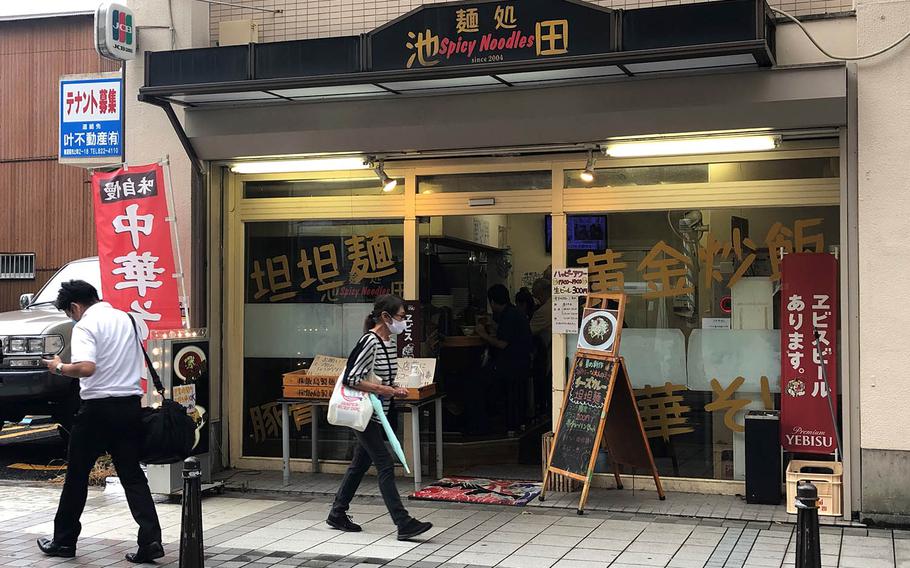 With the lingering heat of summer finally at its end, a chill has crept back around, providing the perfect opportunity to turn to a bowl of ramen as your extra warming layer.

Upon arrival to the English-friendly restaurant, you order via a vending machine like most other ramen establishments. Prices vary from 900 yen, about $8.60, for a large bowl of spicy tantanmen noodles, up to 1,200 yen, or $11.40, for an extra-large bowl. The menu at the machine has English translations. At the machine, you’ll decide what noodles you’ll want, how large a portion, white or fried rice, and options such as extra noodles, chashu pork or a seasoned egg, and most importantly, the spicy level.

There are five overall levels of spice to choose from, level one containing hardly any spice and level five sure to leave you drenched in sweat.

After printing your ticket, the server will seat you at either the counter near the cook or at one of two tables that can seat up to four people. Ikeda quickly reaches full capacity throughout lunch, so be sure to arrive early for a hearty bowl of spicy ramen.

After a quick 10 minutes you can expect your large bowl of tantanmen ramen in front of you, depending on how busy Ikeda is at the time. If a bowl of rice was ordered alongside your ramen, expect to see it in half the time.

When eating tantanmen ramen, there are two ways to tackle the spicy noodles: You can either mix the rice in the ramen or drizzle the thick chili oil broth over the rice.

As temperatures continue to drop, there’s no better time to warm yourself up with the spicy stew-like broth of tantanmen ramen.

Directions: A five-minute walk from either of Yokosuka-chuo Station’s exits.