Carter to visit India, Philippines as counter to China's influence 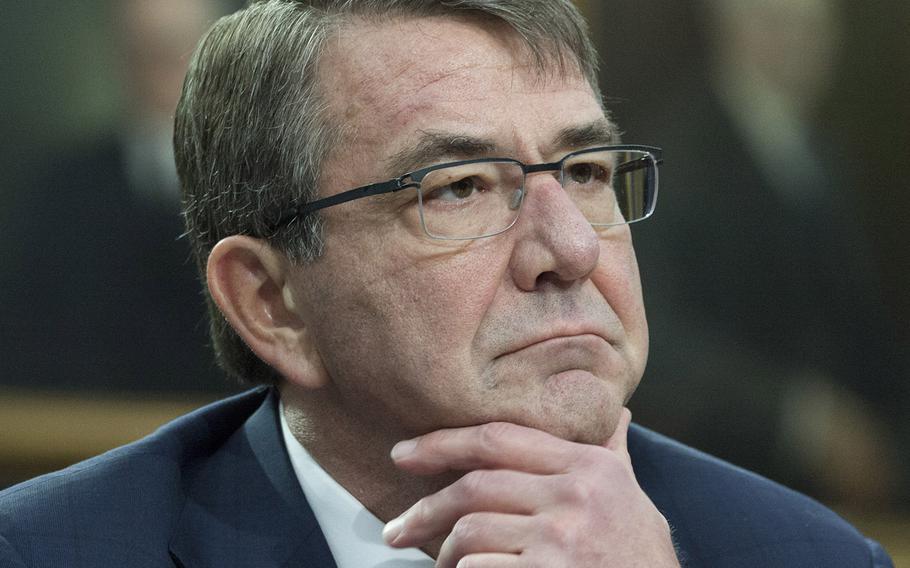 WASHINGTON — Secretary of Defense Ash Carter will travel to India and the Philippines next week to discuss new regional U.S. bases and more defense investments in both countries as the Pentagon increases its influence in the region to counter a rising China.

Carter and his defense minister counterparts are expected to announce new military investments in aircraft carriers, jet engine technologies and other efforts aimed at strengthening U.S. partnerships in the Pacific.

“Countries across the Asia-Pacific are voicing concern with militarization, and especially with China’s actions, which stand out in size and scope. … They’re voicing those concerns publicly and privately, at the highest levels,” Carter said during a speech Friday to the Council on Foreign Relations. “That’s one reason why we are making enormous investments in our capabilities; why so many are asking us to do more with them; and why we will continue to fly, sail and operate wherever international law allows.”

Carter and India Defense Minister Manohar Parrikar will focus on an agreement reached last year to co-develop an aircraft carrier and other technology-sharing arrangements.

Carter will board the Vikramaditya as part of his visit, DOD officials said..

Senior defense staff have spent the week in India ahead of Carter’s arrival discussing the terms of the aircraft carrier co-development and the potential for the U.S. and India to develop a fighter jet together.

“While these negotiations can be difficult and global competition is high, I have no doubt that in the coming years, the United States and India will embark on a landmark co-production agreement that will bring our two countries closer together and make our militaries stronger,” Carter said.

In the Philippines, Carter will visit two of the five bases – Antonio Bautista Air Base on Palawan Island, and Fort Magsaysay -- that the U.S. intends to invest in and deploy rotational U.S. forces to as part of the Enhanced Defense Cooperation Agreement signed last year.

Both bases are critical to the U.S. strategy to counter China’s recent aggressive buildup of manmade islands in the South China Sea. The bases are the closest ally locations to China’s Spratly Islands formation – only about 100 miles to the east.

Carter was invited to make a spring 2016 trip to China last year by its defense minister, and it was expected that he would travel there on this trip. The April visit will focus instead on strengthening the relationships that the U.S. will need to counter China’s military buildup.

The Wall Street Journal reported Friday that the China portion of the trip was scrubbed due to China’s militarization of the South China Sea. Cmdr. Bill Urban, a DOD spokesman, said that wasn’t the case.

“The Secretary accepted an invitation from President Xi to visit China this year. His complicated schedule did not allow for it to take place during this trip. The secretary expects to visit China later this year,” he said.

The visit to India and the Philippines are the first stops in a 12-day trip that will take Carter to the United Arab Emirates and Saudi Arabia.