Cabin fever adventure leads to a German take on campfire classic ... sort of 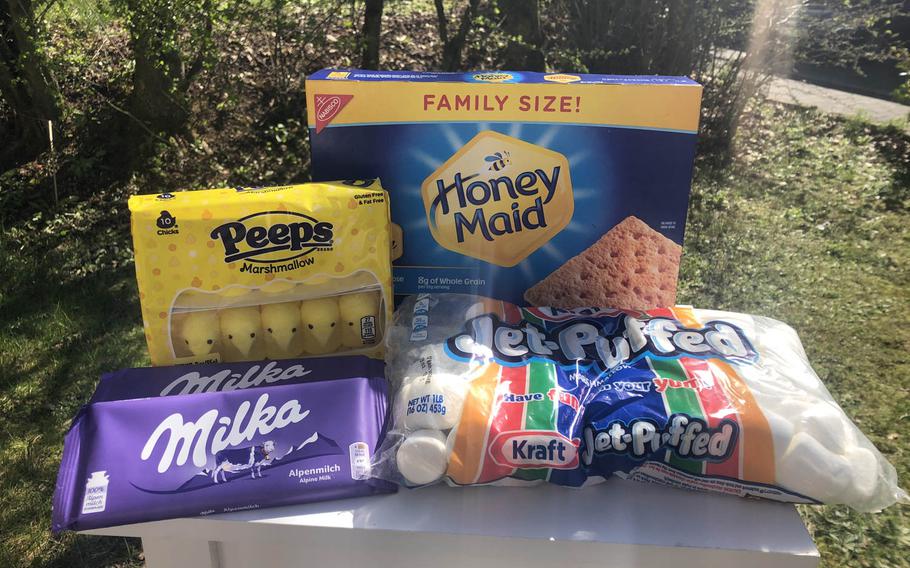 Buy Photo
The ingredients are assembled for a snacking experiment during the coronavirus quarantine: s'mores with Milka bars and Peeps alongside the traditional marshmallows and graham crackers. (Greg Broome/Stars and Stripes)

Buy Photo
The ingredients are assembled for a snacking experiment during the coronavirus quarantine: s'mores with Milka bars and Peeps alongside the traditional marshmallows and graham crackers. (Greg Broome/Stars and Stripes) 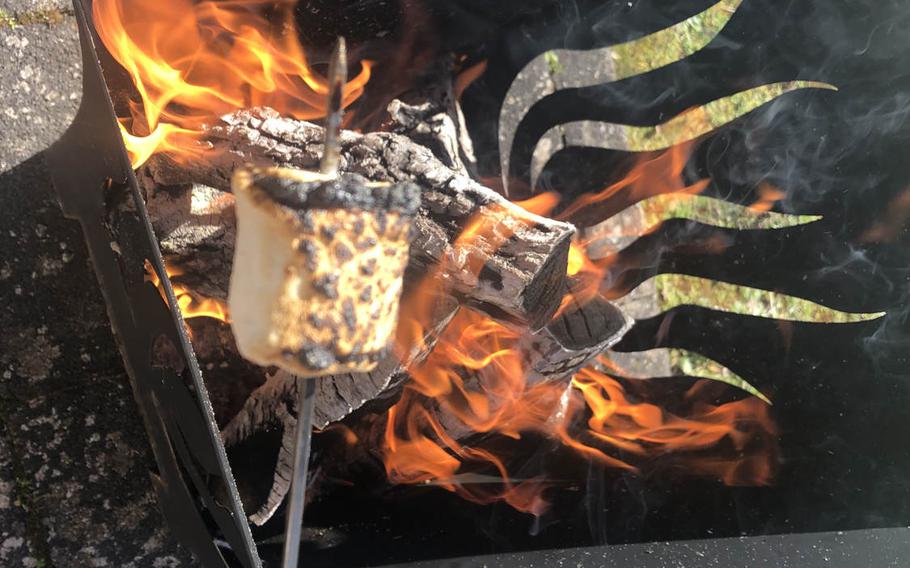 Buy Photo
A marshmallow is overcooked over an open flame as part of a s'mores experiment. Conventional marshmallows turned out to be superior to Peeps in the snack. (Greg Broome/Stars and Stripes) 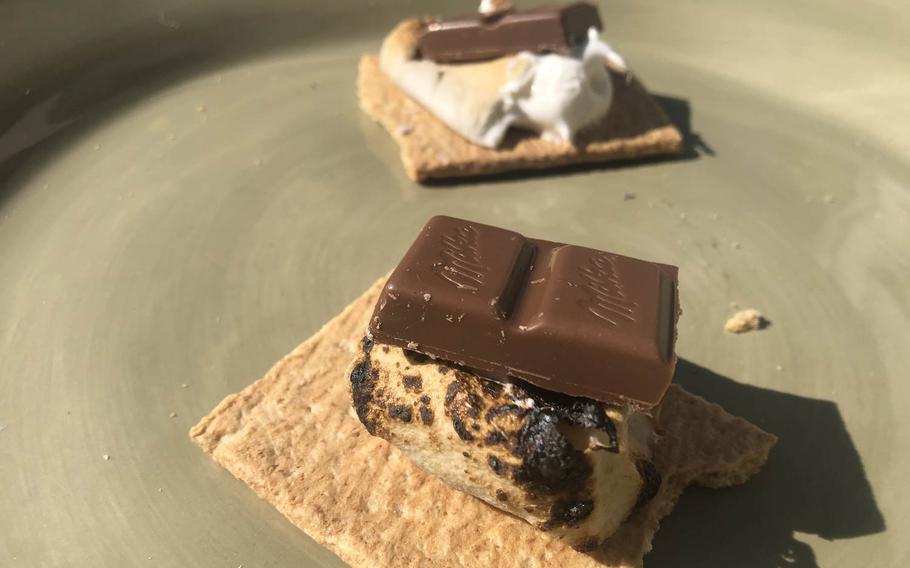 Buy Photo
Milka bars perform about as well as the traditional Hershey's bars when combined in a s'more with marshmallows and graham crackers. (Greg Broome/Stars and Stripes) 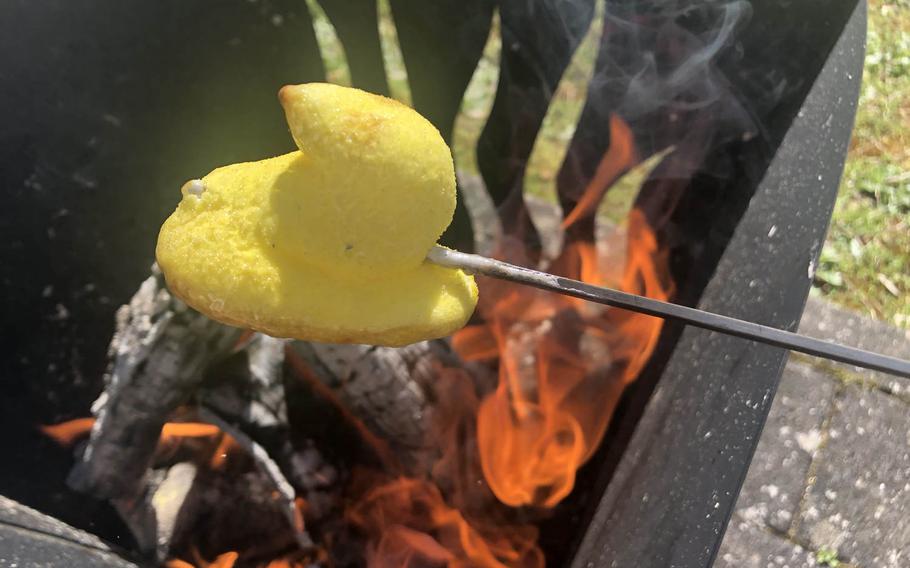 Buy Photo
Peeps are ubiquitous around Easter but aren't quite as well known as a s'more ingredient. The candy's sugar crystals make for a strange addition to an otherwise gooey s'more. (Greg Broome/Stars and Stripes)

This is obviously not one of those times. As of late March, my family, along with the vast majority of other residents of Germany, is in quarantine to slow the spread of the coronavirus. The internet is more vital than ever. It provides access to work and school, friends and family, valuable news and endless entertainment.

But the internet also proved frustrating as I prepared to write what is normally a restaurant review.

Unable to go out to eat and uninterested in ordering in, I had to get creative to deliver on an assignment that would normally be routine. I decided to play around with an iconic snack food — s’mores.

What if I substituted some of those well-known ingredients? I could give them a German flair by using Milka instead of Hershey’s bars (also I didn’t have Hershey’s bars and was not about to make a special trip).

Then I could get really crazy and add a holiday touch with Peeps, the chick-shaped sugar bombs ubiquitous around Easter, in place of marshmallows. The graham crackers I left in place because there are limits to my creativity. How whimsical!

I dove into the experiments with the zeal of someone with limited other options for amusement, but that feeling faded upon the unremarkable results.

The Milka tasted similar to a conventional Hershey’s bar, maybe just a little milkier. Peeps performed just like marshmallows save for a thin layer of sugar crystals and a yellowish tint, neither a welcome contribution.

The final verdict: Milka is a respectable substitute for Hershey’s, but marshmallows are clearly better than Peeps. Overall, the original recipe is best. Turns out I’m a s’mores purist.

What remained of my excitement was dashed when I foolishly Googled my alleged innovations. Peeps and Milka bars had found their way into s’mores many times, each version more appetizing and photogenic than mine. This proved again that whatever you do online, be it a clever Twitter observation, a basketball trick shot, a ukulele cover of a rap song, or a Milka s’more, somebody else has already done it better.

Perhaps one day I’ll be so good at something that others will regard it with the same wistful admiration with which I gazed upon a gooey, golden brown Pinterest post. I just don’t yet know what that is. I’ll Google it.