B-52 loses engine during training flight 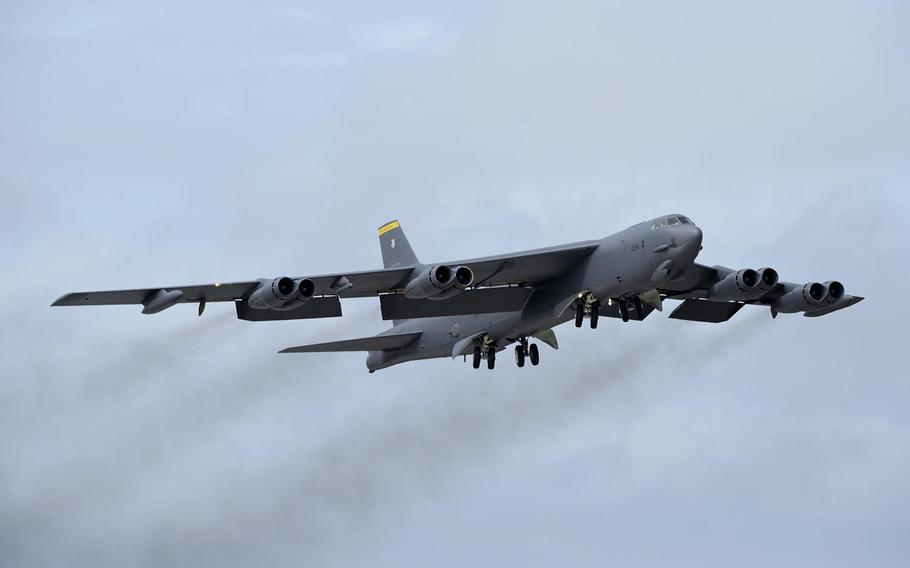 WASHINGTON — An engine from a B-52 fell off during a training flight near Minot Air Force Base in North Dakota, the Air Force confirmed Thursday.

The incident occurred Jan. 4. The pilot declared an in-flight emergency after discovering that one of the eight engines had fallen from the aircraft. “There were no weapons on board,” according to an Air Force statement.

The pilot was able to safely land with no injuries to the five crewmembers, the Air Force said, and the incident is under investigation.

The Air Force has 76 B-52s in inventory, and as of December, 73 percent of those aircraft were mission capable, the Air Force said. The Cold War-era bomber continues to be heavily used in the war against the Islamic State group, even though almost all of the remaining aircraft are more than 50 years old. The airframe went through a modernization program to update its weapons, communications and navigations systems over the last decade and is expected to remain in service through 2040.

The Air Force said that engine debris was found in an unpopulated area 25 nautical miles northeast of Minot Air Force Base.