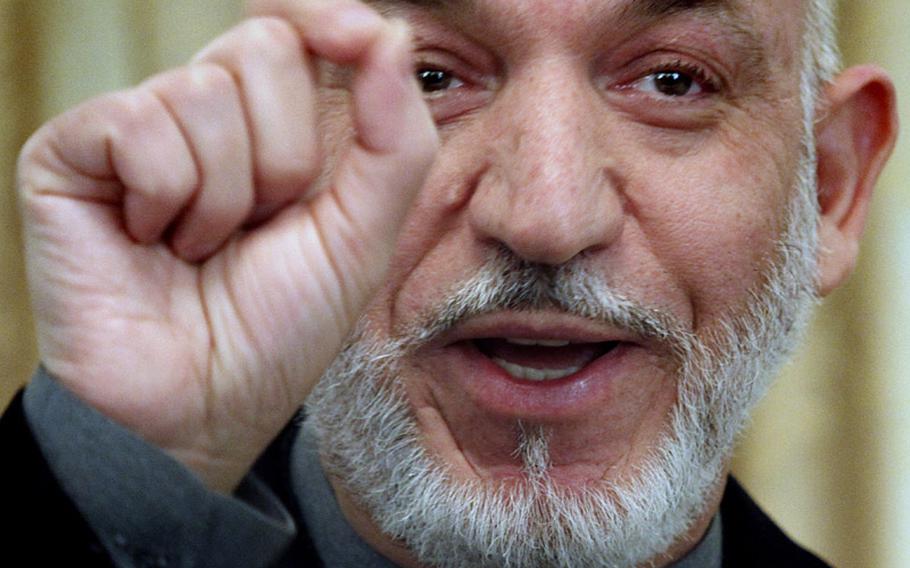 The United States and other countries are engaged in preliminary talks with the Taliban about a possible settlement to the war in Afghanistan, Afghan President Hamid Karzai said Saturday.

But even as Karzai spoke, the fact that peace may still be a long way off was underscored by a suicide attack only a few blocks from his office in Kabul. Nine people were killed as three men wearing camouflage fatigues that are frequently worn by Afghan soldiers stormed a police station. A Taliban spokesman claimed credit for the attack, according to The Associated Press.

Diplomats have said there have been preliminary talks between the two sides for months, and Karzai has said Afghans are in contact with insurgent groups.

"In the course of this year, there have been peace talks with the Taliban and our own countrymen," Karzai said Saturday. "Peace talks have started with them already and it is going well. Foreign militaries, especially the United States of America, are going ahead with these negotiations."

Read more about the peace talks and the violence in Kabul from The Associated Press.