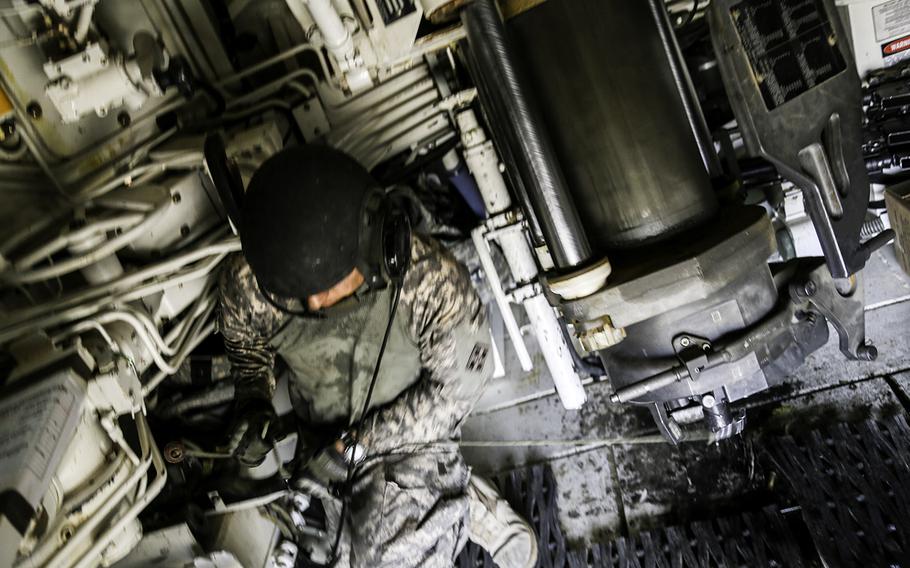 The Army intends to open all but one field artillery military occupation specialty – 13F fire support specialist – to female soldiers, a move that would cover 21,000 previously male-only jobs, a Pentagon spokesman said Tuesday.

The move comes as the military continues efforts to end prohibitions against women serving in traditionally male combat jobs.

In 2013, then-Defense Secretary Leon Panetta rescinded a 1994 Pentagon policy barring women from serving in battalion-size or smaller combat units. The goal: to integrate qualified female troops into most, if not all, jobs by 2016.

Each service has until Sept. 30 to provide Carter its recommendations on implementing women into remaining closed positions. Each must provide official waivers to the secretary explaining their reasoning for continuing to bar women from serving in any positions.

The services have taken different approaches in pursuing that goal. Each has conducted studies on how to safely and effectively bring women into such fields.

The Army, for example, has opened more than 75,500 positions to women since 2012, when it began its integration program. The Marine Corps, however, has not opened any positions, waiting until recommendations are made to the defense secretary, a Marine Corps spokesman said.

More than 58,000 – or about 32 percent – of active duty Marine Corps jobs remain closed to women. The spokesman said the service is looking at every job in the Corps individually to determine whether female Marines could serve in the role. He said those decisions have not been made.

In the Army, about 124,000 positions, primarily in the infantry, armor and Special Forces fields, will remain closed to women for now. Prince said a final decision about those – including the field artillery MOS that works with infantry and armor units – has yet to be made.