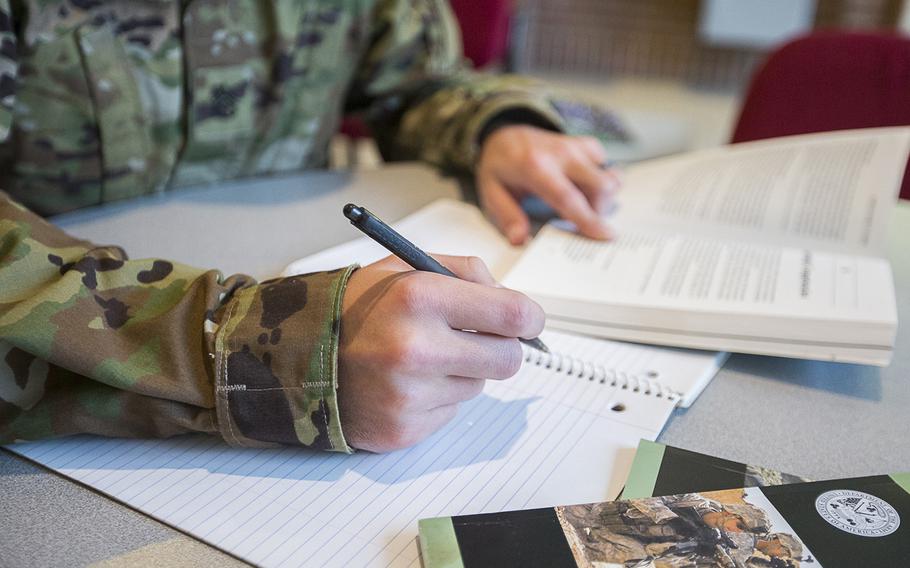 SAN ANTONIO — The Army National Guard has deployed thousands of soldiers on orders that restrict accrual of GI Bill benefits during the last two years, more than doubling a recent count across all of the military’s reserve components.

The Pentagon has used the authorization 4,705 times since 2014, according to data from each reserve component released to Stars and Stripes, including the new count of 2,925 from the Army Guard released Monday by the National Guard Bureau.

Every reserve and guard component of the U.S. military has used Title 10, authorization 12304b — an authority to mobilize reservists for operations without education benefits that normally accumulate during active duty.

The overall count is more than double the total reported Nov. 25, which did not include data from the Army National Guard.

The National Guard Bureau produced its data following the report, which included criticism from reservists, lawmakers and advocacy groups about the growing use of an authorization that strips reservists of benefits like pre- and post-deployment health care and the GI Bill.

Leaders from the Reserve Officers Association, a Washington advocacy group, said the Congressional authorization was requested by the Pentagon to scale back spending on benefits while maintaining deployment readiness.

The Pentagon did not answer requests for comment on the use of 12304b.

Nearly a million reservists have deployed since Sept. 11, 2001, according to the Pentagon’s Defense Manpower Data Center.