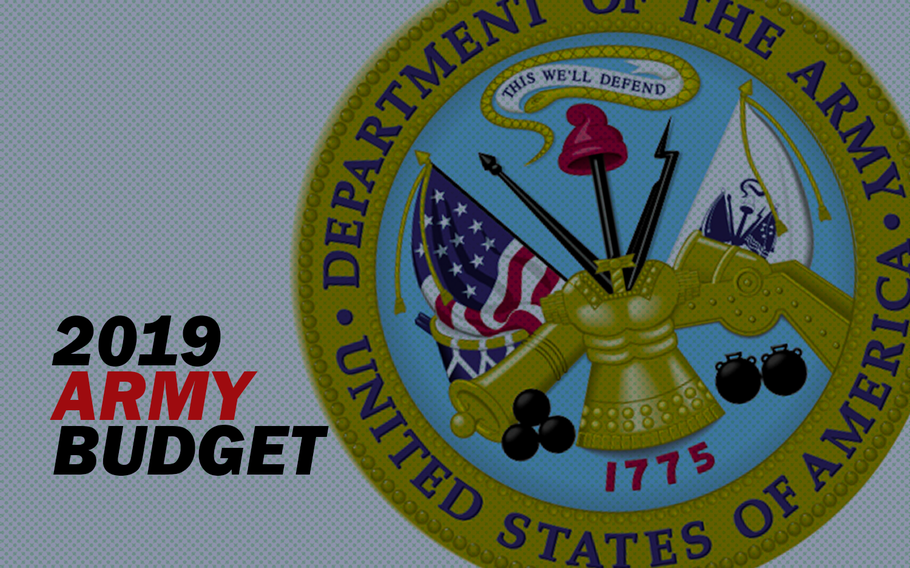 WASHINGTON — The Army wants to grow its active force by 4,000 soldiers and speed up modernization programs for key warfighting platforms as it seeks to regain its “eroded” battlefield advantage over potential foes including Russia and China, according to 2019 budget request documents.

“The Army is at a deflection point,” David Welch, the Army’s deputy budget director, said Monday. “We can no longer afford to defer maintenance. We must expand capabilities and we must develop new ones.”

The service intends to pour $32.1 billion into procurement of weapons systems and research and design for future programs, a $4.2 billion increase over its request for 2018. The 2018 budget has yet to be enacted by Congress, leaving the Defense Department largely operating at fiscal year 2017 levels.

The Army for several years chose to focus its funds on training for soldiers, but with the emergence of “great power competition” with rivals such as Russia and China, the Pentagon is now asking it to update its technology to be decidedly better than that of any potential enemy.

“Over the past several years under constrained budgets, the Army endeavored to balance, but ended up prioritizing near-term readiness over modernization,” Welch said. “With our FY19 request … the Army more robustly addresses its modernization needs, strengthening our formations with superior capabilities” than those of Russia or China.

The modernization money would fund long-term projects like the Army’s program to develop its next generations of helicopters and combat vehicles and to upgrade its communications networks. It would speed up the procurement of upgraded M1 Abrams tanks, M2 Bradley Fighting Vehicles and M109 Paladin self-propelled howitzers.

Upgrades to those systems include more powerful engines, better armor and deadlier armaments.

The budget request seeks to add 4,000 soldiers to the Army’s active duty force, which would bring the service to 487,500. It does not request increased end strength for the Army National Guard or the Reserve, which would bring the service to 1,030,500 soldiers. The request would add 4,000 soldiers to its active force each year until 2021, when it would reach 495,500.

The Army plans to add three of the specialty-build units designed to train, advise and assist indigenous military partners, such as the Afghan or Iraqi security forces next year, according to the documents. The Army has one SFAB built and another in its initial stages.