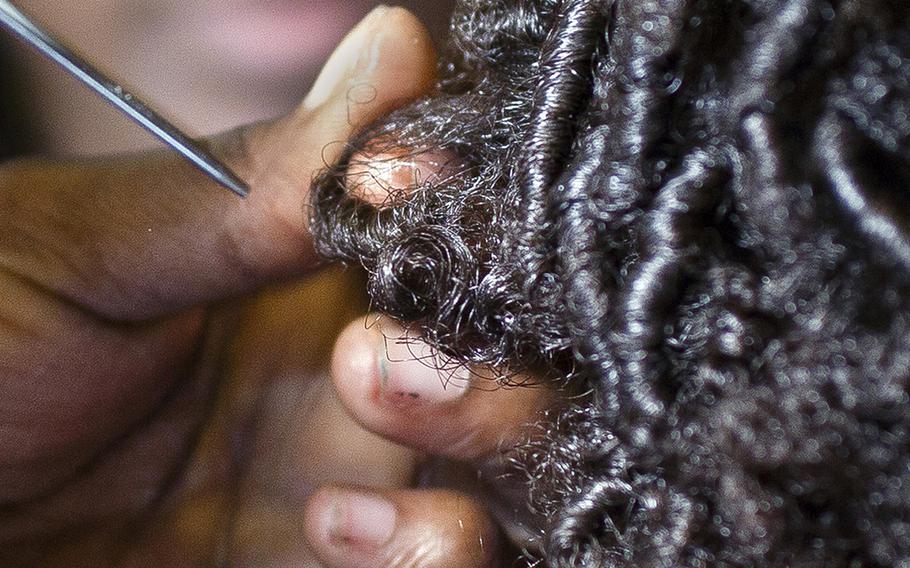 Under pressure from lawmakers, the Army, Navy and Air Force changed their uniform policies to allow female servicemembers to sport previously banned hairstyles. Among the changes are that twists can now be worn by female soldiers, and female sailors and airmen can wear two-strand twists. (MCT)

Female sailors can wear two-strand twists and multiple braids that hang freely above the collar and cover the entire head.

Dreadlocks are still prohibited by the services.

The Marine Corps has not yet completed its review, but preliminary recommendations call for the service to authorize twists for medium and long hair.

The Marine Corps is asking active duty Marines and reserves to take an online survey about hairstyle policies by Friday at www.manpower.usmc.mil/application.

After conducting their reviews, the Army and Air Force determined that the terms “matted” and “unkempt” are offensive, and they removed them from regulations. The Navy and Marine Corps concluded their regulations contain no offensive or discriminatory language.

Hagel outlined the changes in an Aug. 11 letter to Rep. Marcia Fudge, D-Ohio, the chairwoman of the Congressional Black Caucus.

The reviews were conducted “to ensure standards are fair and respectful while also meeting our military requirements,” Hagel wrote. “These reviews were informed by a panel of military personnel of mixed demographics reflective of our diverse workforce.”

Fudge expressed satisfaction with the changes in a news release issued Tuesday.

“These changes recognize that traditional hairstyles worn by women of color are often necessary to meet our unique needs, and acknowledges that these hairstyles do not result in or reflect less professionalism or commitment to the high standards required to serve within our Armed Forces,” she said.