Airman to receive second-highest military medal for heroism in Afghanistan 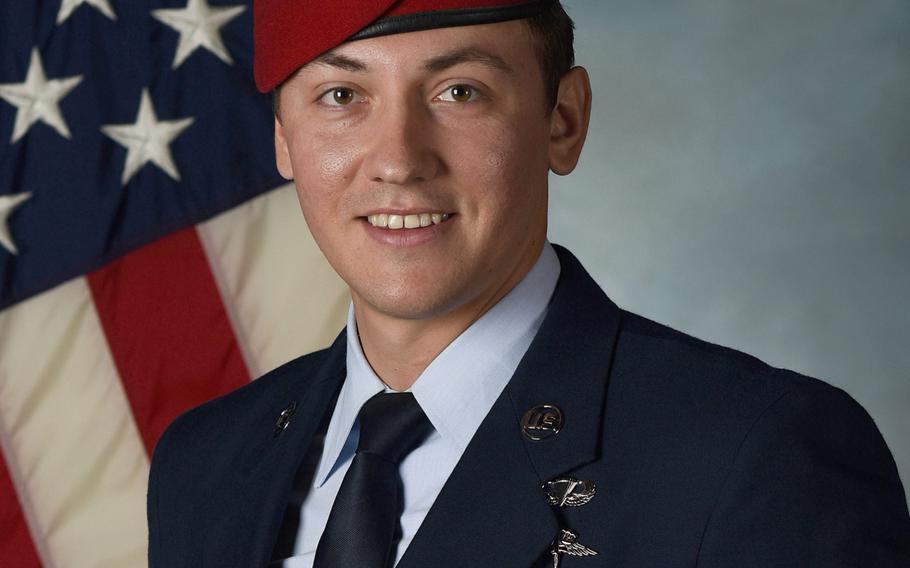 KABUL, Afghanistan — A special tactics airman will receive one of the nation’s highest military medals for risking his life to protect more than 150 American and local troops in Afghanistan, the Air Force announced.

In 2017, Germanovich repeatedly exposed himself to enemy fire while coordinating close airstrikes after a combined operation of Army Special Forces and Afghan commandos in eastern Nangarhar province was ambushed, the statement said.

“With the team expending all of their rifle ammunition and grenades, they drew their pistols in an attempt to suppress the advancing enemy,” the statement said. “Germanovich directed his team’s withdrawal, then traversed 700 meters carrying a casualty up a mountain to a helicopter landing zone while directing close air support.”

Germanovich’s actions are credited with saving the lives of more than 150 American and Afghan troops involved in the operation and for helping destroy nearly a dozen enemy fighting positions during the eight-hour battle. Army Staff Sergeant Mark De Alencar was killed that day - the first U.S. fatality in Afghanistan in 2017.

Nangarhar province was the deadliest place in the world for American combat troops in 2017. Many operations in the province involving the U.S. targeted the local Islamic State affiliate, which established a foothold there a couple years prior.

Germanovich, who graduated from Boiling Spring High School in South Carolina in 2010, has previously been awarded the Bronze Star and Purple Heart, Fox-affiliate WHNS television reported.

The medal is surpassed only by the Medal of Honor and is given to airmen who display extraordinary heroism while fighting enemies of the United States.