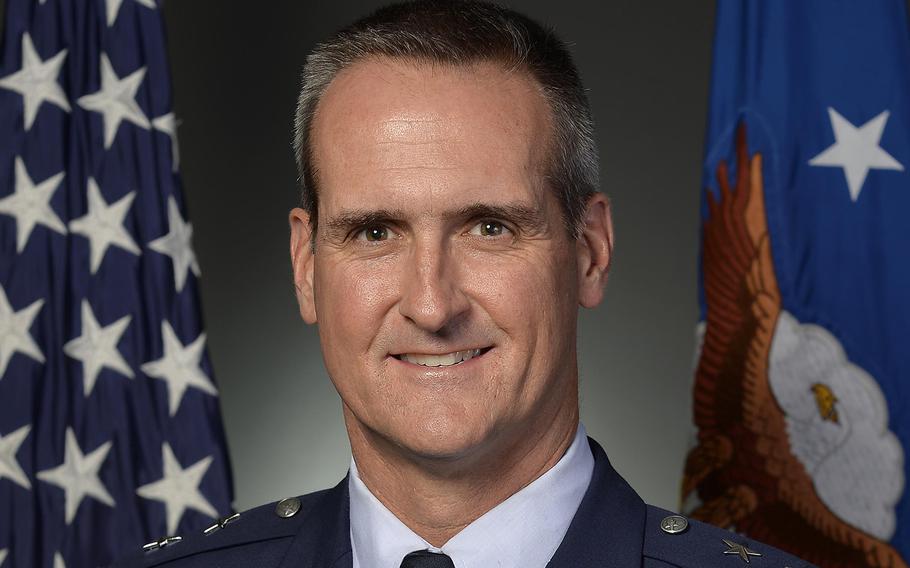 The two-star general at the helm of the Air Force Warfare Center at Nellis Air Force Base in Nevada was relieved of command Sunday because of an alleged unprofessional relationship.

Maj. Gen. Peter Gersten, who has led the center at the Air Force base since July 2017, is now part of an ongoing investigation, according to the statement released Wednesday from Air Combat Command at Joint Base Langley-Eustis in Virginia.

Gen. Mike Holmes, commander of the Air Combat Command, made the decision to relieve Gersten due to a loss of confidence in Gersten’s ability to continue in a leadership position because of the alleged relationship, according to the statement.

“The Air Force holds leaders to high standards and expects them to uphold the core values of the service at all times,” the statement reads.

Gersten is an F-16 Falcon pilot and a 1989 graduate of the Air Force Academy, according to his online biography.

The warfare center as a training and testing program with units at Nellis and multiple other installations, according to the Air Force base website. The center has about 11,000 uniformed and civilian personnel.