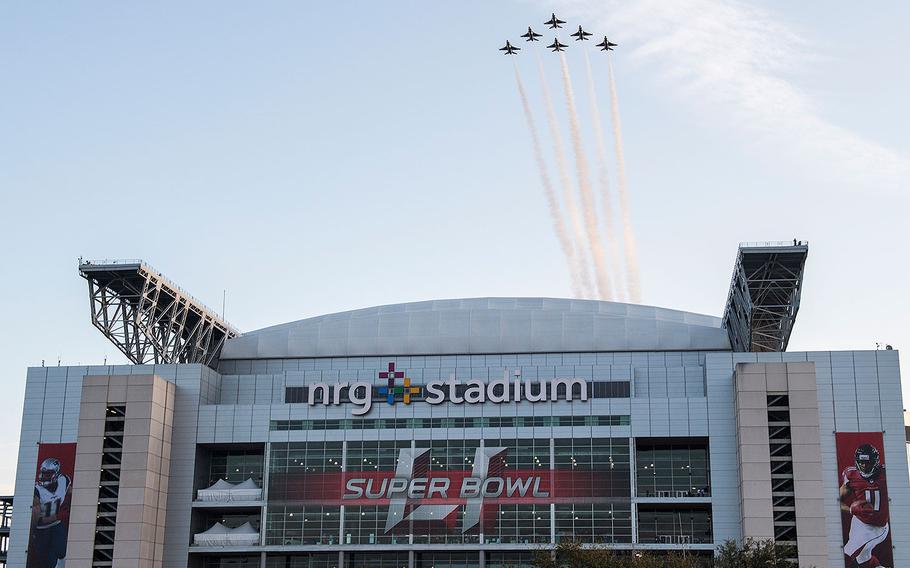 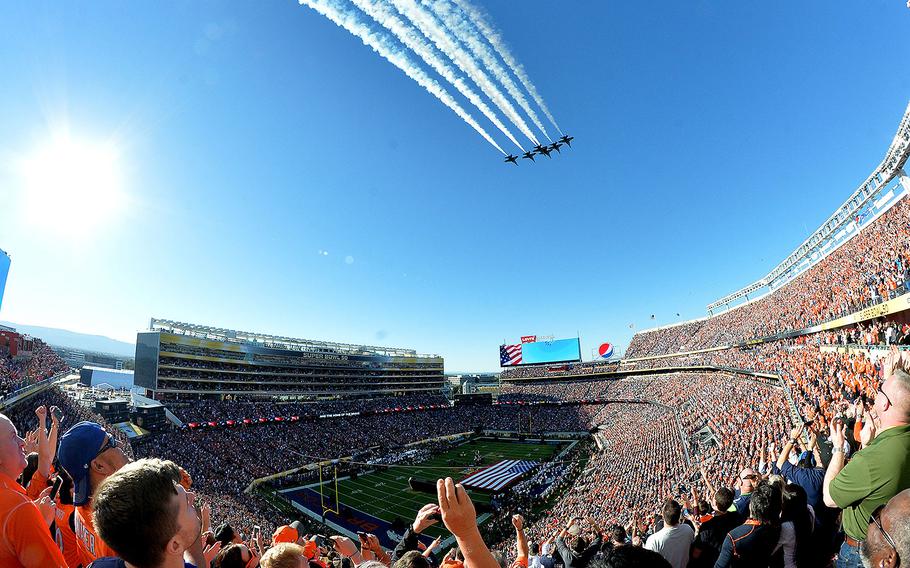 The Blue Angels perform a flyover during the singing of the national anthem before the start of Super Bowl 50 at Levi's Stadium in Santa Clara, Calif., on Sunday, Feb. 7, 2016. (Doug Duran/Bay Area News Group/TNS) 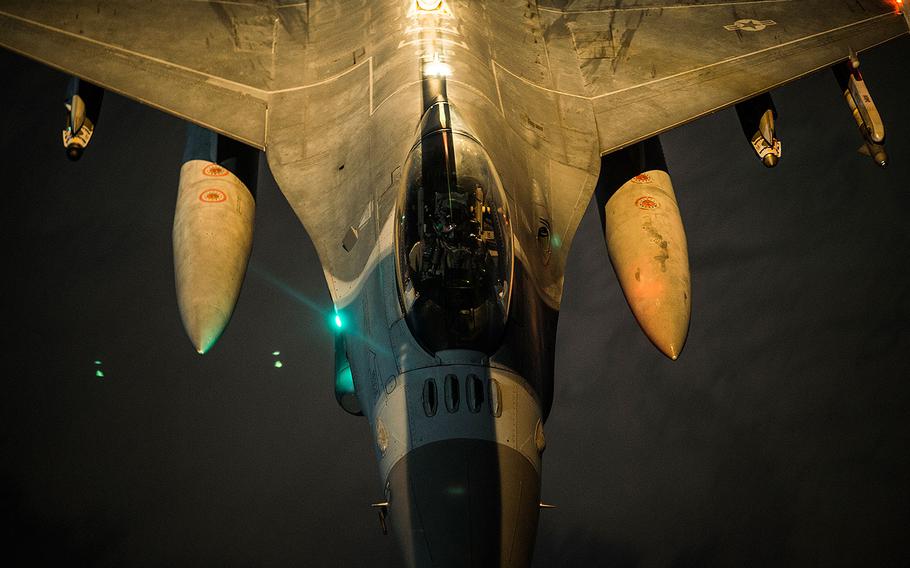 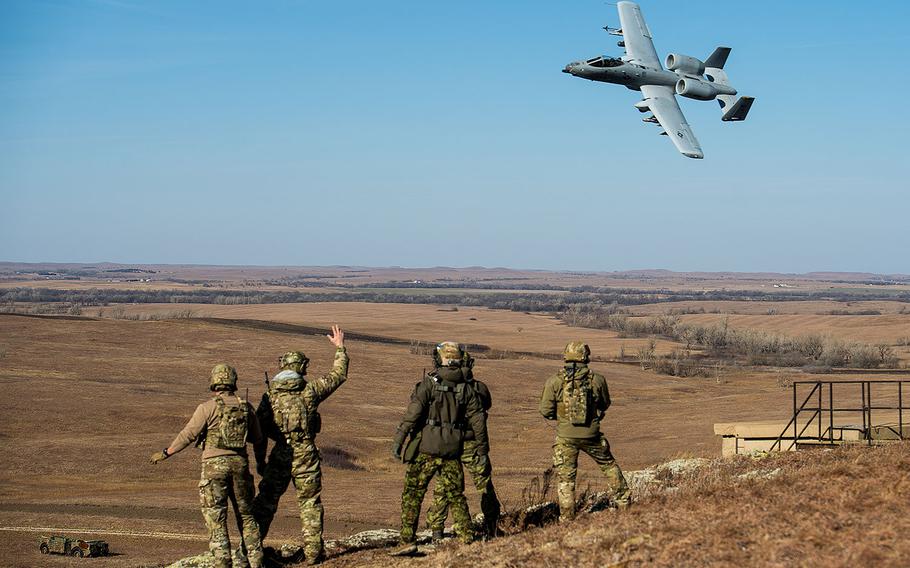 WASHINGTON — Super Bowl LII will feature a flyover by two A-10 Thunderbolt II ground attack aircraft and an F-16 Fighting Falcon plane -- a training flight that could cost the Air Force hundreds of thousands of dollars.

Katie Spencer, a sports outreach manager for the Air Force, said the Feb. 4 flyover in Minneapolis will be the first in four years that does not involve the Air Force Thunderbirds or the U.S. Navy Blue Angels, which typically alternate every year for the Super Bowl. The display will be paid for out of appropriated funds for training, she said, declining to reveal the cost.

“They will be at no additional cost to the taxpayer. They are using allocated flying hours,” she said. “Formation flying is very important in Air Force operations. It serves as time-on-target training as well.”

The planes, deploying from Davis-Monthan Air Force Base outside Tucson, Ariz., will be joined by an additional F-16 as backup.

There has been a military flyover at every Super Bowl except the first game in 1967, according to the NFL.

NFL officials would not comment on this year’s flyover and referred all questions to the Department of Defense.

The 2017 Super Bowl featured the Thunderbirds and 2016 featured the Blue Angels, but scheduling and support issues have made neither available this year, Bentley said.

Though generally done by demonstration teams, flyovers have included regular units. The 2014 Super Bowl featured formations of attack and transport helicopters like the Apache, Blackhawk and Chinook from the 101st Airborne Division.

The military has a long history of using sporting events to display its history, pageantry and firepower, ranging from color bands playing marching music to a B-2 stealth bomber flying over the 2018 Rose Bowl. Color guards are often employed by the services, along with flying teams such as the Blue Angels and the Thunderbirds.

This year’s Super Bowl flight also will include a P-51 Mustang, a World War II vintage plane. The Mustang flyover will be funded by the Air Force Heritage Flight Foundation, a nonprofit that provides flights of vintage aircraft alongside modern combat fighters.

News anchor Craig Melvin is expected to be part of the F-16 flight, providing first-person video.

The costs of the military flyovers by top-flight aircraft can be extremely high — the 2011 flyover of Dallas Cowboy Stadium in Arlington, Texas cost nearly $450,000, according to a report by CNBC. The stadium had a closed roof and the planes were only visible on the big screen for a few seconds.

Costs can differ, depending on personnel, deployment costs and any unexpected maintenance or accidents, according to the Air Force.

Some have criticized the DOD for spending on the displays. The A-10, also known as the “Warthog,” can cost more than $17,000 per hour to fly and the F-16, more than $22,000, according Project on Government Oversight, a watchdog organization that focuses on wasteful spending and corruption.

Air Force officials have argued that the displays are valuable marketing and recruiting tools for the Air Force and the other services.

Viewership of the Super Bowl in 2017 exceeded 110 million, according to Nielsen ratings, making it the highest-rated annual show in the country.