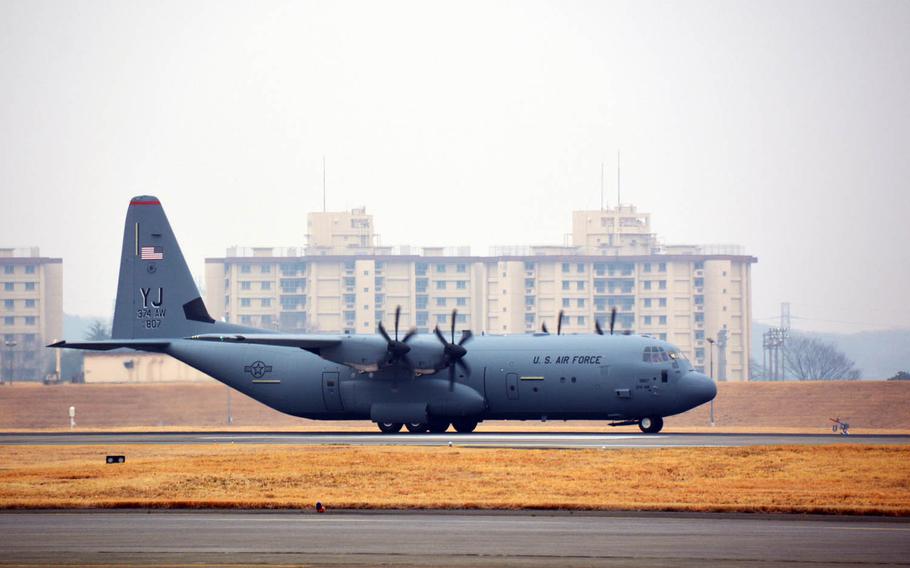 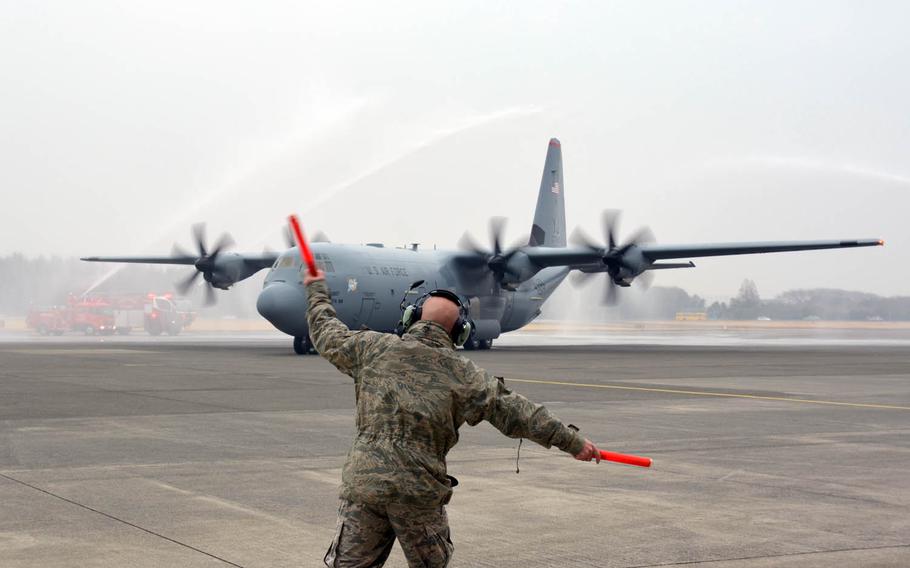 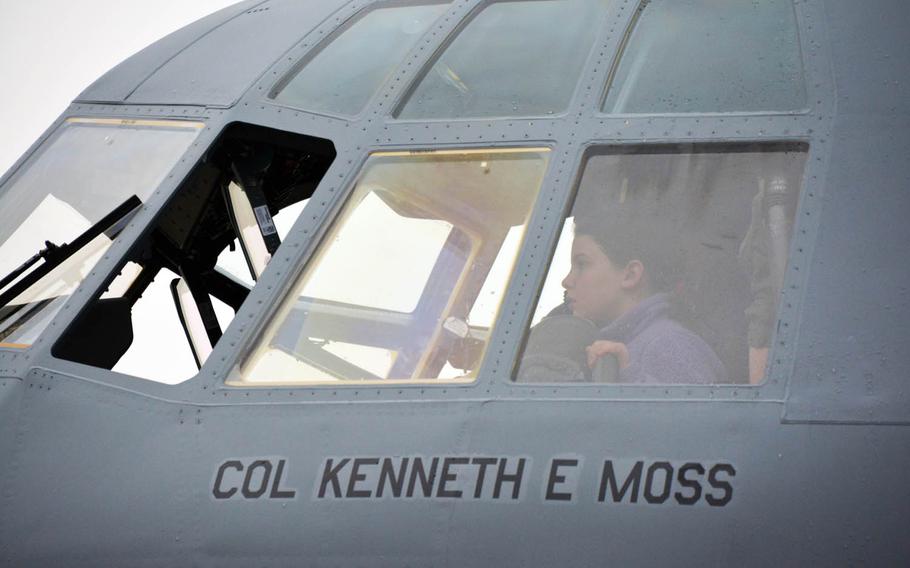 Buy Photo
A child checks out the cockpit of a new C-130J Super Hercules aircraft at Yokota Air Base, Japan, Monday, March 6, 2017. (Seth Robson/Stars and Stripes) 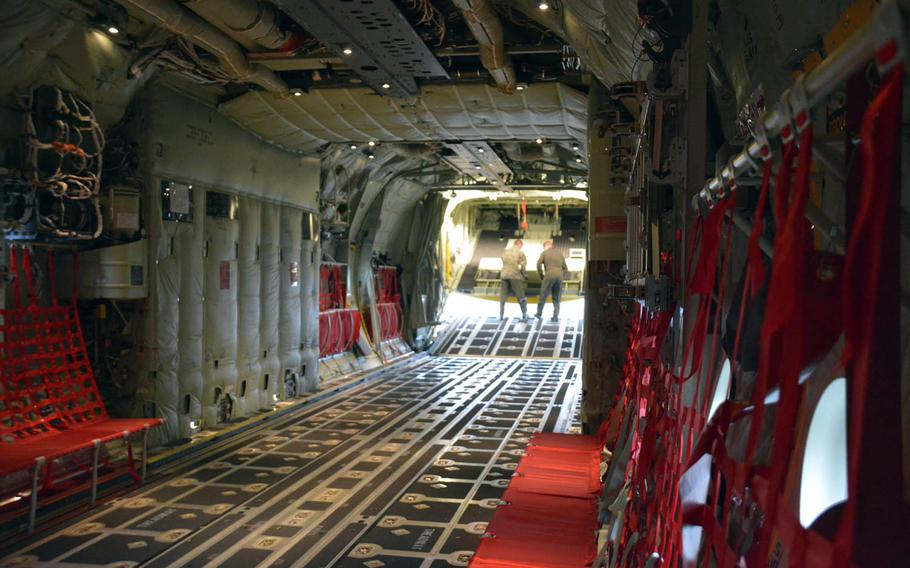 Buy Photo
The new C-130J Super Hercules aircraft are 15 feet longer than the planes they will replace, allowing them to transport more personnel and cargo. (Seth Robson/Stars and Stripes) 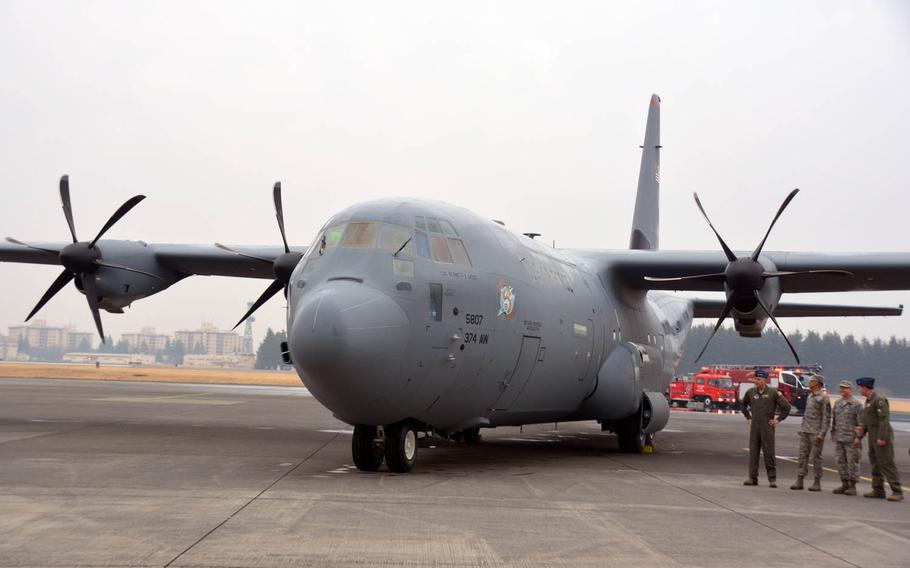 YOKOTA AIR BASE, Japan — The Air Force began the deployment of its “meanest, toughest, most tactical machine” — the C-130J Super Hercules — to western Tokyo on Monday.

The first of 14 Super Hercules, which will replace aging C-130H planes at Yokota Air Base, was delivered by Maj. Gen. Mark C. Dillon. The Pacific Air Forces vice commander landed in the aircraft – piloted by 374th Airlift Wing commander Col. Kenneth Moss – in front of a crowd of airmen, family members and Japanese guests.

Waiting on the ramp was U.S. Forces Japan and 5th Air Force commander Lt. Gen. Jerry P. Martinez, who told the crowd the new plane’s arrival showed America’s “ever, ever, ever strong commitment” to Japan.

“Today the United States of America delivered its premier, meanest, toughest, most tactical machine in the world, the J model,” he said. “When you look around the world at the threats that exist in this region, our friends in Japan, they need to know that the United States sends its best … we have the premier tactical airlifter now on Japanese soil.”

Dillon said flying a C-130J is akin to driving a sports car.

“It’s like driving a Ferrari or a Maserati,” he said. “It has a lot of power. You can land it exactly where you want to on the runway.”

Larry Gallogly, a former Air Force C-130 pilot and one of several Lockheed Martin representatives who helped welcome the plane, said the J models would add significant airlift capability in the region.

Already flown by Special Forces on Okinawa and at Marine Corps Air Station Iwakuni, C-130Js can carry eight cargo pallets — two more than the H models — and 128 passengers compared to the 92 who could ride in the older plane, he said.

The J models are 30 percent cheaper to fly and more reliable than the older aircraft, and their mission capability rates routinely surpass 80 percent. High-tech avionics mean the planes are also very safe. Only eight C-130Js have crashed or been put out of service by accidents to date, Gallogly said.

The cockpit has more space than the older models since there’s no seat for the flight engineer and the navigator’s chair is spare. Those jobs have been automated on the J models.

A striking thing about the cockpit is two clear Heads-Up Displays in front of the pilot and co-pilot’s seats. From the side they are completely transparent, but from the flyers’ viewpoint, bright green flight instruments seem to hang in the air.

There’s more space in the new plane’s cargo bay, too, along with a flush toilet — a luxury denied to passengers on the old Hercs.

“I’m very excited to have an aircraft to fly,” said Capt. Chase Hessman, 25, a Yokota-based pilot who showed off the new plane for visitors.

Hessman, who grew up at nearby Camp Zama where his father was stationed with the Army, trained to fly the J model, but he’s been doing office work for weeks waiting for the new planes to get to Japan, he said.

Moss, whose name is painted on Yokota’s first J model, said some of airmen spent years planning for its arrival.