A rewarding day trip to Bristol starts at the bridge The Clifton Suspension Bridge is the landmark of Bristol, a scenic city in the southwest of England. The bridge spans the Avon Gorge to the west of the city center. (Jackie Broome)

The Clifton Suspension Bridge is the landmark of Bristol, a scenic city in the southwest of England. The bridge spans the Avon Gorge to the west of the city center. (Jackie Broome) 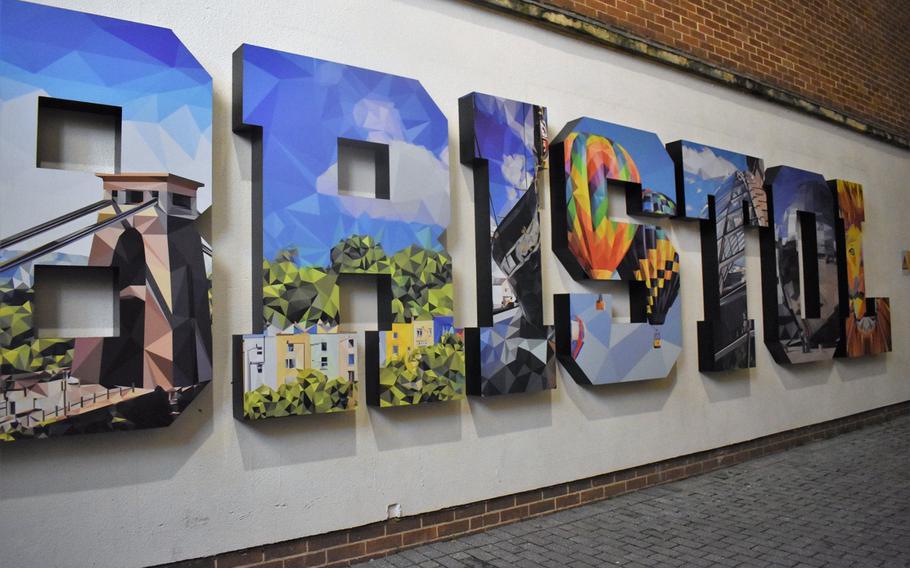 Bristol, England, has a lot to offer visitors beyond the landmark Clifton Suspension Bridge. The city has a fantastic shopping district along with parks, castles, cathedrals and museums. (Jackie Broome) Temple Meads station in Bristol, England, offers train, bus and taxi transportation around the city and the larger region. Cardiff, Wales, is about an hour's train ride to the west, while London is just two hours to the east. (Jackie Broome) The cityscape of Bristol, England, is enlivened by street art and murals on the sides of many buildings. (Jackie Broome)

The last significant trip my family and I took before the coronavirus was a Christmastime weekend jaunt to Bristol, England, with five of our closest friends.

When I consider how casually our large group gathered and traveled, how we freely stepped in and out of taxis, buses and trains, how we squeezed into crowded pubs and cafes, how we actually sought out the company of hundreds of other human beings, I get a little wistful.

I try to appreciate Bristol outside of that pre-pandemic context, because it really is a great place to consider visiting when such a trip becomes viable.

Bristol’s signature landmark is the Clifton Suspension Bridge, a remarkable structure soaring across the Avon Gorge to the west of the city.

The bridge opened in 1864 after many decades of delays and redesigns and has since grown into an icon of southern Britain. In 1979, the bridge was the site of what’s considered the first modern bungee jump. In 2012, the Olympic torch changed hands there.

The bridge cuts a stunning figure upon approach. Its two towers are not quite identical in design and occupy opposite and distinct sides of the gorge; one perched majestically on craggy rock at the edge of Bristol’s urban core and the other sprouting from a thick forest known as Leigh Woods.

Visitors can view the bridge from all angles. A hike up to the Clifton Observatory offers a stunning aerial view of the structure, while a steep footpath leading to the River Avon provides a vantage point from below. A straight-on view of the bridge is available from the appropriately named Lookout Lectern. There’s a free visitor’s center on the Leigh Woods side of the bridge to delve further into the construction and history of the bridge.

A step out onto the bridge itself is a memorable experience. Sways and vibrations are an intentional design feature but are either exhilarating or terrifying depending on one’s predilections. The sleek bridge feels slight and substantial all at once as it offers unencumbered views of the river far below.

Beyond the bridge, Bristol offers a lot of the amenities you’d expect from a reasonably sized British city. Our group spent a lot of time at Cabot Circus, an attractive shopping center packed with restaurants like Nando’s, Five Guys and a bunch of others we ignored in favor of Nando’s and Five Guys.

Elsewhere in the city you’ll find castles, parks, museums, a zoo, an aquarium and walls covered with vibrant street art, all in range of the soothing countryside.

In the absence of traveling in the months since, the visit to Bristol and the Clifton Suspension Bridge has remained fresh in my memory long after many other such trips have faded into the hazy past. But the destination deserves to be admired for its own merits, of which it has plenty.

Thorough details about visiting Bristol, including up-to-date information on coronavirus-related delays and closures, are available online at visitbristol.co.uk.

The Clifton Suspension Bridge visitor center is closed because of coronavirus restrictions, but remains open to traffic. For the latest details, go to cliftonbridge.org.uk.