A rarity in Bavaria: Flavorful meat and potatoes at Oskar — Das Wirsthaus am Markt 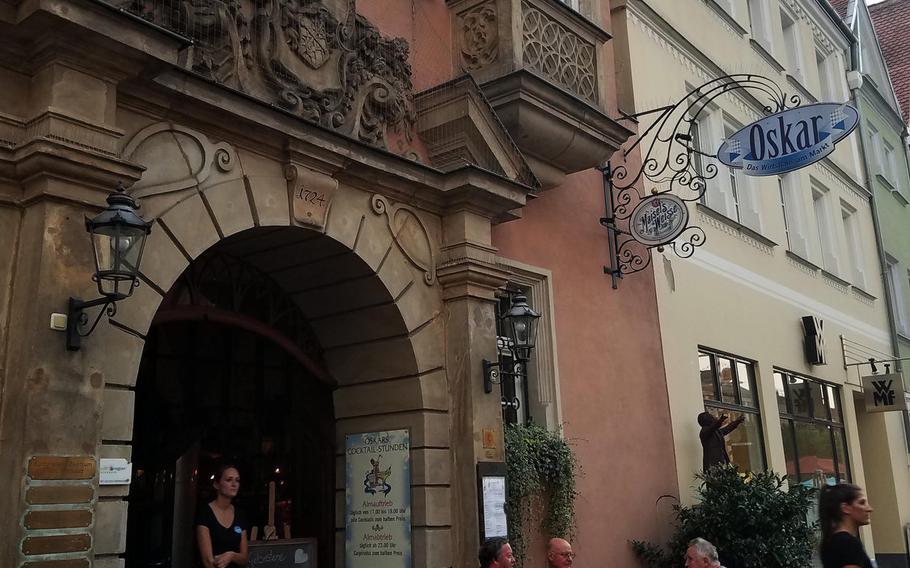 The outside of Oskar - Das Wirtshaus am Markt in Bayreuth, Germany, offers plenty of people-watching opportunities. (Martin Egnash/Stars and Stripes)

The outside of Oskar - Das Wirtshaus am Markt in Bayreuth, Germany, offers plenty of people-watching opportunities. (Martin Egnash/Stars and Stripes) The baked potato with spinach at Oskar - Das Wirtshaus am Markt in Bayreuth, Germany, is a tasty vegetarian option at the restaurant, which also serves up hefty slabs of meat. (Martin Egnash/Stars and Stripes) Dumplings stuffed with sour cherries are among the dessert items on the menu at Oskar - Das Wirtshaus am Markt in Bayreuth, Germany. (Martin Egnash/Stars and Stripes) 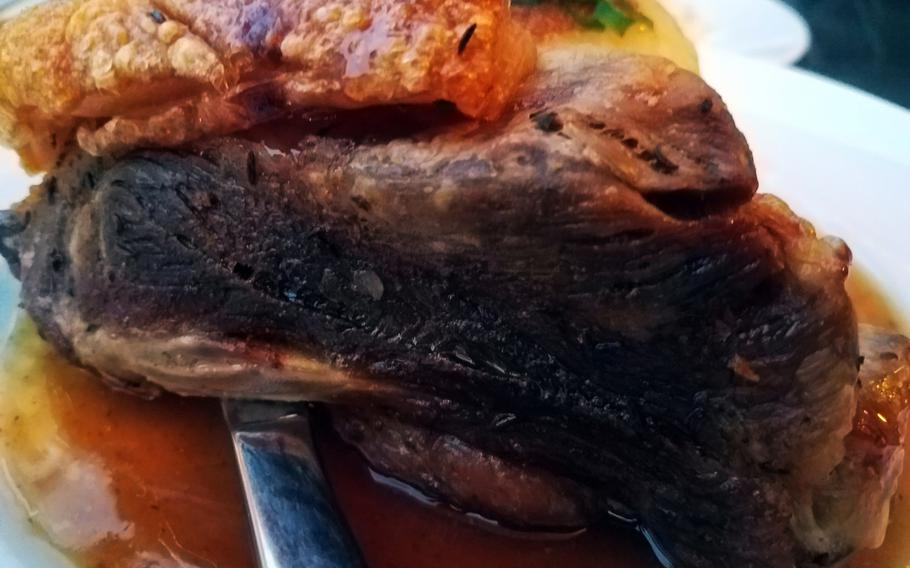 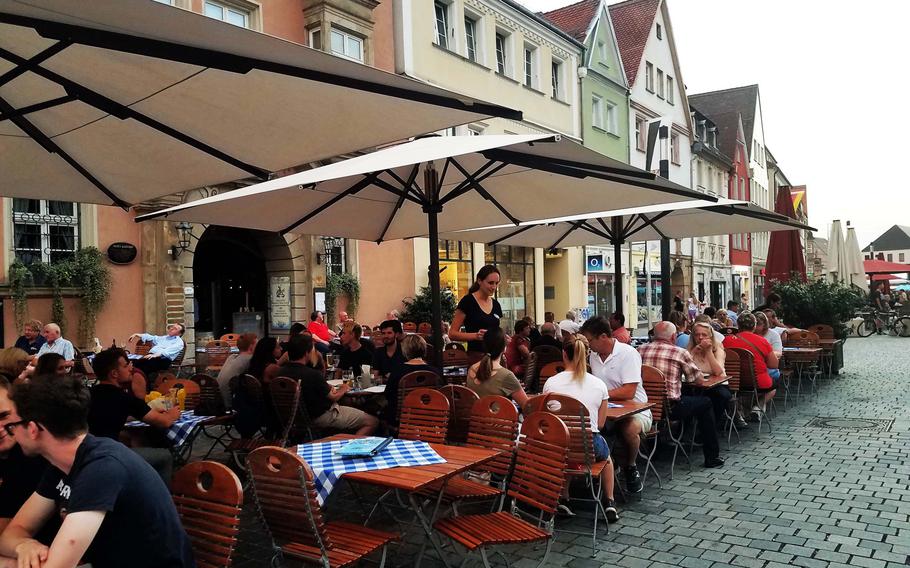 You can sit on the patio outside Oskar, a restaurant in Bayreuth, Germany, that serves up more than the usual meat and potatoes. (Martin Egnash/Stars and Stripes) The roasted pork at Oskar in Bayreuth, Germany, comes with sauerkraut that's just as delicious. (Martin Egnash/Stars and Stripes)

There just isn’t much call for spices beyond salt and pepper in many dishes, outside of some of the sausages.

Oskar — Das Wirtshaus am Markt goes further than the norm, providing a an exceptionally flavorful sauce with their meat-and-potatoes Bavarian standards.

Situated in Bayreuth’s old city hall, the restaurant is elaborately decorated. It has extensive patio seating that offers ample opportunities to people-watch and admire the surroundings.

One of Oskar’s highlights is the Bayreuther Krenfleisch. It’s described as a “boiled rump of beef,” but don’t let the description turn you off of it. The spicy horseradish sauce goes really well with the rump, and I challenge anyone not to sop up every bit of it by the end of the meal.

Another great entree that stands out is the crispy pork shoulder. The tender meat, juxtaposed with the crispy fat on top, is a treat for the senses, and once again, the sauce turns what otherwise might have been a bland slab of meat into something more.

While most of the meals come with a giant, squishy potato dumpling that you can use to absorb whatever sauce your meal comes with, the Saftiger Schweinebraten, a tender pork roast soaked in thick, tangy gravy, also comes with the best sauerkraut I’ve ever had.

Vegetarians are surprisingly rewarded in this palace of pork. The cheese spaetzle looks creamy and delicious, but I really recommend the baked potato with spinach, even if you do eat meat. This dish is served with chunks of sheep cheese and covered in spinach sauce.

For dessert, Oskar’s has seasonally changing dumplings stuffed with fruit, lathered in a vanilla sauce. When I went, sour cherry was the fruit filling of choice, and it was fantastic.

There are some nonalcoholic drinks on the menu, but the beverage list is dominated by an extensive variety of beer, including the usual Bavarian lager, dunkel and pilsner. But there’s also a hoppy pale ale that reminds me of beer back home in the United States.