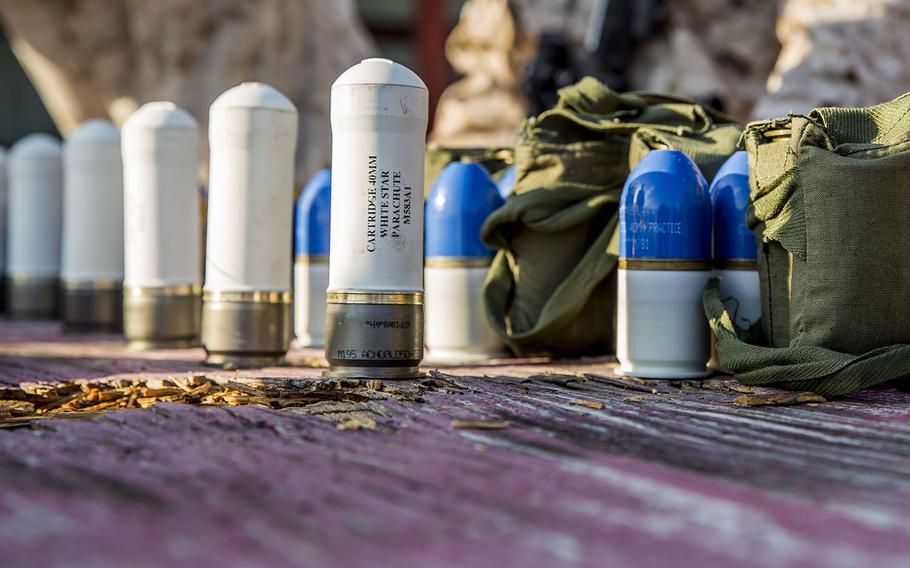 CAMP FOSTER, Okinawa — In a famous photograph from 1967, a Vietnam War protester placed flowers into rifle barrels of National Guardsmen. That role could one day fall to tank commanders and mortarmen.

The U.S. Army recently sought proposals to make biodegradable 40 mm to 120 mm training rounds loaded with specialized indigenous seeds that, when grown, will eliminate ammunition debris and contaminants from ranges around the world.

The three-phase study will test the concept’s viability and look at the potential financial and environmental impact, according to Frank Misurelli, a spokesman for the U.S. Army’s Armament Research Development and Engineering Center at Picatinny Arsenal, N.J. If successful, the winning proposal would become a “Program of Record” and the rounds could make their way into America’s military training arsenal.

Proposals under the Small Business Innovation Research Program were due by Feb. 8, Misurelli said. Up to $100,000 has been allocated for selected Phase 1 participants.

“Proving grounds and battlegrounds have no clear way of finding and eliminating [the current crop of] training projectiles, cartridge cases and sabot petals, especially those that are buried several feet in the ground,” program documents state. “Some of these rounds might have the potential corrode and pollute the soil and nearby water. The solution sought by this topic is naturally occurring biodegradable material to replace the current training round materials.”

These rounds are fired at proving grounds and ranges across the United States and around the world. The majority end up stuck in the ground, where they can take hundreds of years or more to break down. They also have the potential to pollute.

Historically, munitions and unexploded ordnance were responsible for the contamination of more than 15 million acres of land, with $8 billion to $35 billion in cleanup costs, according to the Environmental Protection Agency, citing Defense Department acknowledgements in 2003.

While the current crop of 40 mm to 120 mm training rounds does not contain lead or depleted uranium, which are known contaminants, they do contain plastic and metals like steel and aluminum, Misurelli said. A spokeswoman from the EPA did not respond about the safety or impact of those materials.

Phase 1 of the program focuses on the process to produce biodegradable composites with embedded seeds, and will last about six to 12 months, Misurelli said.

Phase 2 will confirm the process and lead to prototypes. A “sufficient” number of prototypes will be provided to the government for testing.

Phase 3 would likely mean the transition from technology to production.

The rounds have to meet current performance requirements, and the plants must be safe for animals to eat.

All service branches could join the effort, Misurelli said.

The GOAL appears to be feasible, documents state. The U.S. Army Corps of Engineers’ Cold Regions Research and Engineering Laboratory has successfully embedded bioengineered seeds that will not germinate for several months into biodegradable composites.

Not only will these rounds offer environmental relief and potential cost savings, but the process could lead to a biodegradable replacement for plastics currently on the market.