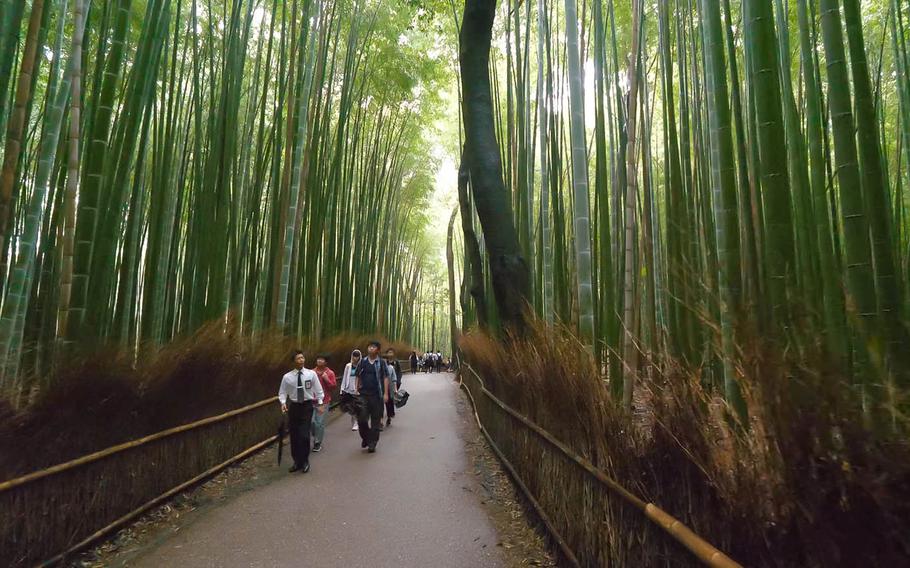 A YouTuber named Rambalac strolls through a bamboo grove in Arashiyama, Kyoto, in this screenshot from one of his "Videowalks" from 2017. (Rambalac/YouTube)

A YouTuber named Rambalac strolls through a bamboo grove in Arashiyama, Kyoto, in this screenshot from one of his "Videowalks" from 2017. (Rambalac/YouTube) 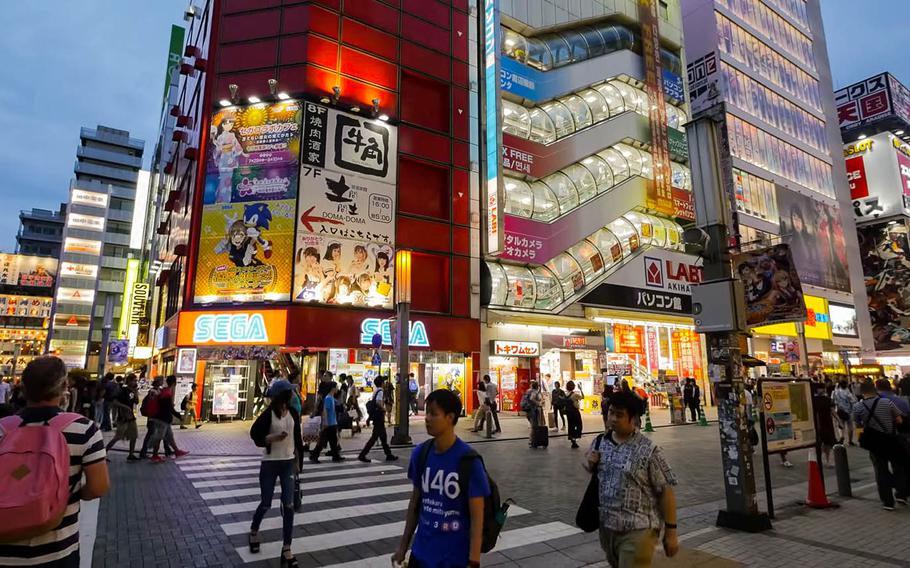 YouTuber Rambalac takes a night stroll through Akihabara in central Tokyo, as as part of his 4k "Videowalks" series, in 2018. (Rambalac/YouTube) YouTuber Rambalac finds a submerged Torii Gate at Kinrin Lake while walking around Kyushu, Japan, in this screenshot from one of his "Videowalks" from 2019. (Rambalac/YouTube)

As most people’s daily routines continue in a semi-isolated pandemic lifestyle, going on a virtual adventure around Japan via the internet has never been easier.

A YouTuber named Rambalac has been sating people’s wanderlust through his ongoing video series, “Videowalks,” in which he walks around the entirety of Japan and shoots the trip in 4K video resolution.

Rambalac has continued to produce “Videowalks” in the coronavirus era, giving the world a glimpse of life in Japan during the pandemic.

Unlike a vlog, there is no narration, talking to the camera or a face obstructing the image; it’s “pure Japan only,” the content creator says on his channel.

Rambalac walks around with his camera attached to a hand-held gimbal in front of him. The first-person point of view allows the viewer to experience the trip with just the image and ambient sound.

Ranging anywhere from 45 minutes to more than two hours, Rambalac’s videos take the viewer from the beaches of Hiroshima in southern Japan to the snowy terrain of Hokkaido in northern Japan with everything in between.

For example, one of Rambalac’s most recent videos shows him going around the popular Shibuya district in central Tokyo and ambling through the renewed Miyashita Park. Last year, he filmed a stroll around Hiroshima that included visits to the city’s iconic Peace Memorial Park and castle.

“Videowalks” also presents the everyday, normal life of the Japanese people as they shop around Tokyo, commute to work by train or walk home after a long school day.

While some of the content is just a simple walk through a well-known area, such as through the anime lovers’ paradise of Akihabara in Tokyo, Rambalac has also created videowalks of various garden parks, holiday light shows and Japanese festivals.

With at least two videos a week, Rambalac gives you the chance to experience a new corner of Japan so you can digitally backpack around the Land of the Rising Sun.