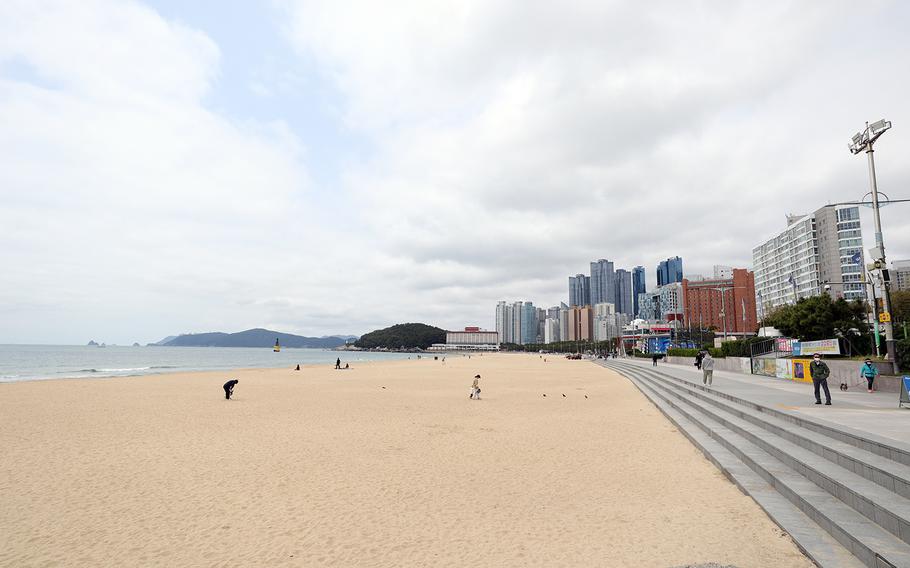 About 200 police were dispatched to break up the festivities July 4, 2020, on Haeundae Beach in Busan, South Korea, after receiving more than 70 complaints about fireworks and other unruly behavior by U.S. service members. (Mobius/Wikimedia Commons)

SEOUL, South Korea — The U.S. military expressed regret for “disruptive behavior” Tuesday after American troops allegedly caused a ruckus with a Fourth of July party that included fireworks on a popular beach in the southern city of Busan.

About 200 police were dispatched to break up the festivities Saturday on Haeundae Beach in Busan after receiving more than 70 complaints from local residents.

One soldier was briefly detained and fined for a misdemeanor after throwing a firework in the direction of police, then trying to flee the scene, according to the public affairs office at the Busan Metropolitan Police Agency.

Two traffic accidents and a drunken-driving case involving soldiers also were reported in the area on Saturday.

“The foreigners were setting off fireworks, sparklers and so on along the path leading to the beach, even throwing some toward people,” an official said, speaking on condition of anonymity in line with department policy.

“They also installed speakers and played loud music. They clogged up the road, did not make way for cars and flipped folks off.”

U.S. Forces Korea said it was aware of disruptive behavior and poor conduct reports in Busan and promised to cooperate with South Korean law enforcement authorities in their efforts to identify those responsible.

“We regret the inconvenience and disruption this behavior caused the people of Busan,” the command said in a statement.

It called the behavior “deeply troubling” and not representative of “the strong respect we hold for the Korean people, their culture, laws and regulations.”

“All commanders will take appropriate action for those service members determined to be involved in this type of behavior,” it said. “USFK remains committed to being good neighbors with our host nation and maintaining a strong [South Korea]-U.S. alliance.”

The statement was issued after civic groups held rallies in Seoul and Busan, denouncing the troops’ actions and calling for an apology.

The military enjoyed a four-day weekend for Independence Day, but troops and their families were unable to travel outside the country due to anti-coronavirus restrictions so many headed to local beaches instead.

Rowdy troop behavior on beaches also has been a problem in nearby Japan.

“We are going to start checking the beach periodically to ensure members of the base community aren’t misbehaving there,” Stallings said in a Facebook post on June 29. “If another incident happens, the beach will be secured.”