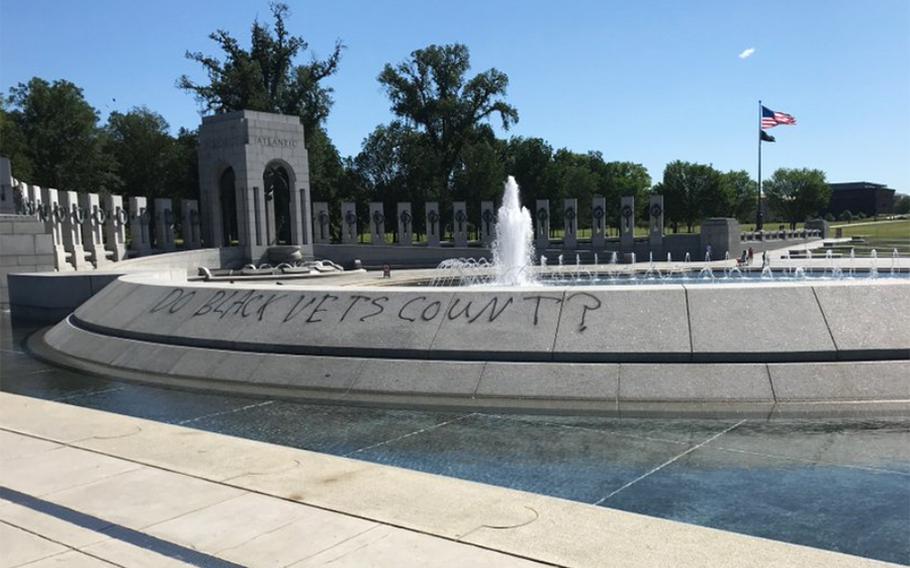 WASHINGTON — The National World War II Memorial was among the landmarks in the nation's capital vandalized this weekend amid protests prompted by the death of George Floyd, the African American man who died in Minneapolis police custody last week.

Images posted to social media showed graffiti on the memorial's central fountain which read, "Do black vets count?" In response, the Friends of the National World War II Memorial confirmed the memorial honors and remembers the one million black veterans who served during the conflict.

According to the National Park Service, several memorials across Washington, D.C., were vandalized — including the Lincoln Memorial, where someone asked “Y’all not tired yet?”

According to various reports, several people were charged with rioting in the city, and several police officers received non life-threatening injuries. WTOP, a D.C. news station, reported that one officer needed surgery for a leg fracture after being hit with a brick.