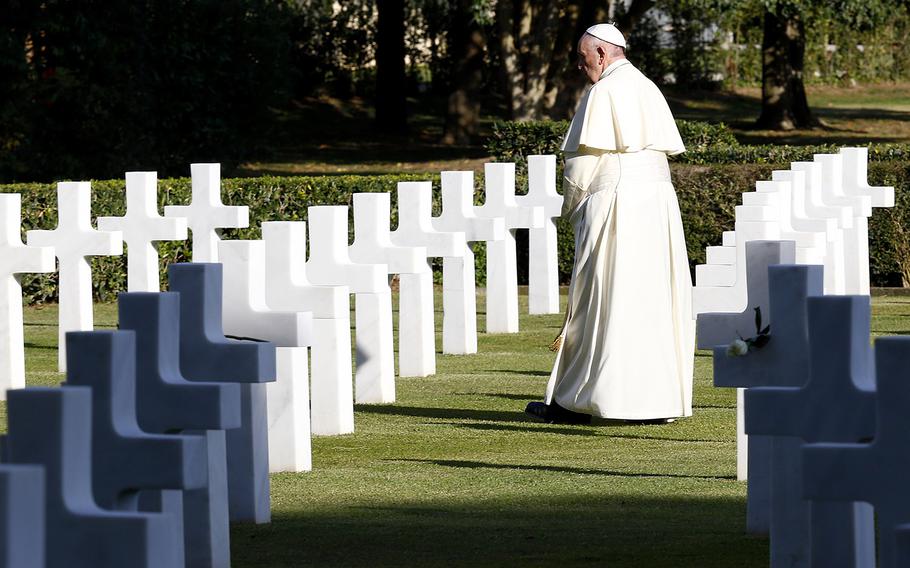 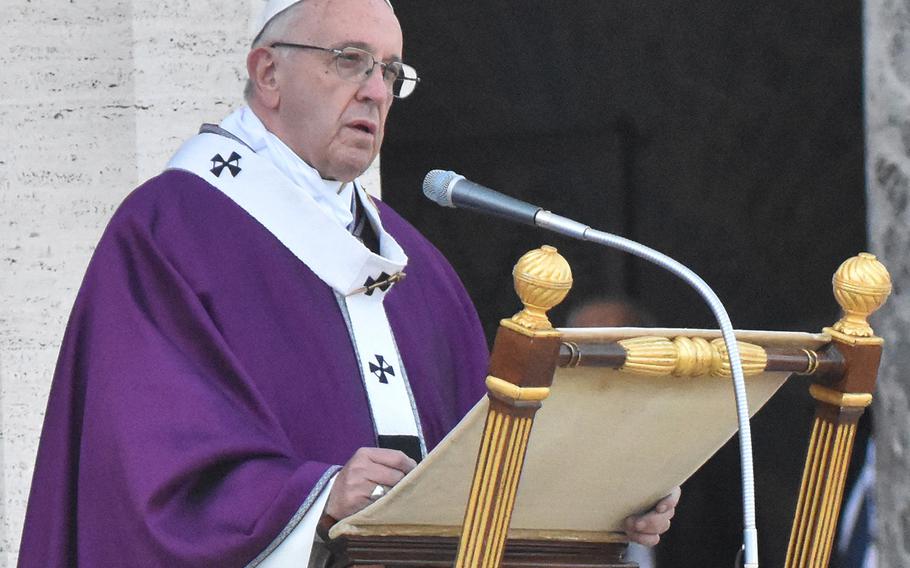 Pope Francis speaks before saying a Mass for the war dead on All Souls Day, Nov. 2, 2017, at the Sicily-Rome American Cemetery in Nettuno, Italy. (Scott Wyland/Stars and Stripes) 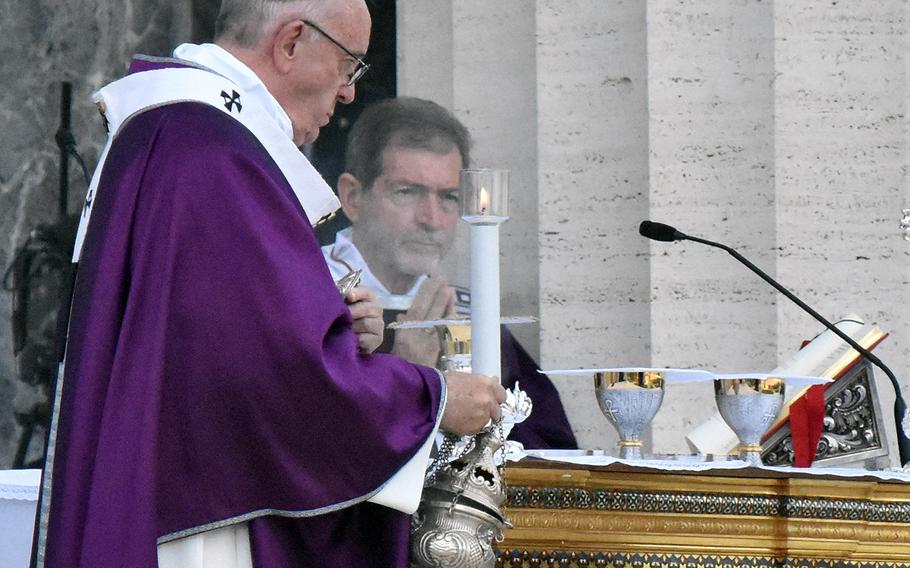 Pope Francis burns incense during his All Souls Day Mass to honor the war dead Thursday Nov. 2, 2017 at the Sicily-Rome American Cemetery in Nettuno, Italy. (Scott Wyland/Stars and Stripes) 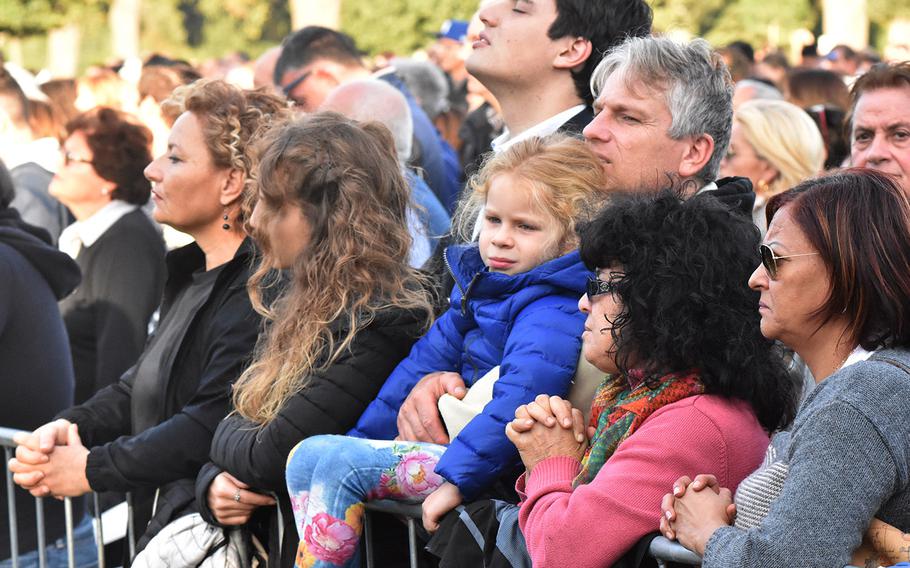 NETTUNO, Italy – Pope Francis gazed out at a sea of headstones and thousands of followers as he gave a solemn mass for war dead Thursday at the Sicily-Rome American Cemetery.

The pope’s All Souls' Day Mass was to honor all who died in wars throughout history, but this ceremony marked the first official visit by a pope to an American military cemetery overseas.

About 7,860 U.S. soldiers are buried at the 77-acre site, and 3,095 who were missing in action are memorialized there. Most died in Sicily, Anzio and Salerno during Allied invasions of Italy in World War II.

“This visit represents a continuing friendship between Italy and the United States,” said David Americo, assistant superintendent for the Florence American Cemetery near Rome.

An estimated 13,000 people packed the cemetery grounds for the Mass.

Francis has said that he conducts Mass at military cemeteries every year on the papal holiday to take note of war’s terrible costs.

Popes have often visited or conducted religious rites at war cemeteries, but this was the first time a pope has publicly visited an American one, said John Wessels, deputy secretary of the American Battle Monuments Commission’s overseas operations.

The Rome-Sicily cemetery is the largest of Italy’s two American military gravesites. The Florence cemetery has 4,400 soldiers buried there and memorializes 1,400 missing in action.

The American cemeteries scattered throughout Europe use a simple white cross or a Star of David as a headstone, regardless of the soldier’s rank. Gen. George S. Patton has the same marker for his grave as the lowest private at the Luxembourg American Cemetery.

These cemeteries are a poignant reminder of those who never made it home, even after death. About 40 percent of bereaved families chose to let their loved ones be buried near their comrades in the country they fought to liberate, Americo said.

After World War II, U.S. officials decided to transport all servicemembers killed in action back to the States, Wessels said.

The pope visiting the Rome-Sicily site helps remind the public that these overseas cemeteries are important historically, said Americo, who also works for the Battle Monuments Commission.

“This (visit) parallels the agency’s mission to remember those who made the ultimate sacrifice,” Americo said.