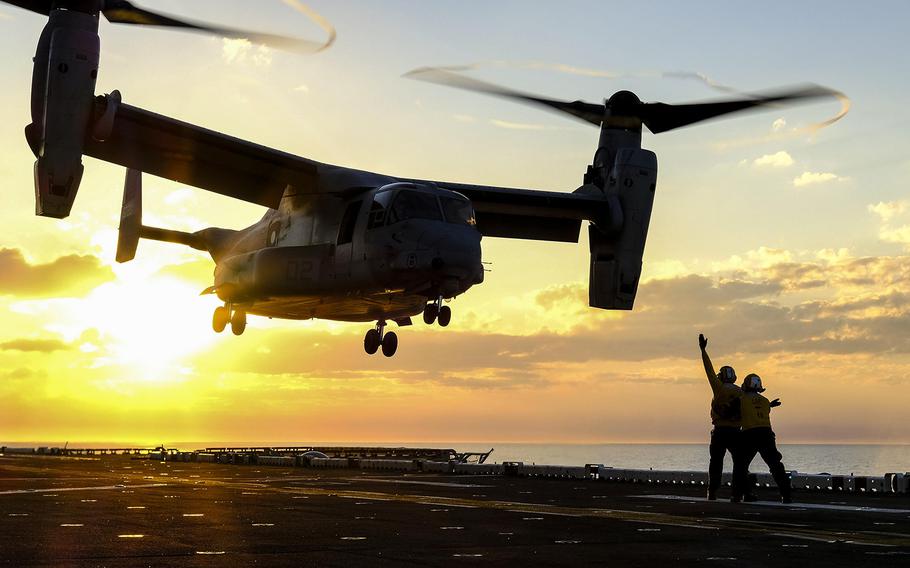 An MV-22B Osprey takes off from the amphibious assault ship USS Iwo Jima in the Atlantic Ocean, March 8, 2017. The Iwo Jima, along with the USS New York, was ordered to get underway Saturday, Oct. 7, from Naval Station Mayport, Fla., to ready a disaster relief response to Tropical Storm Nate. (Jess E. Toner/U.S. Navy) 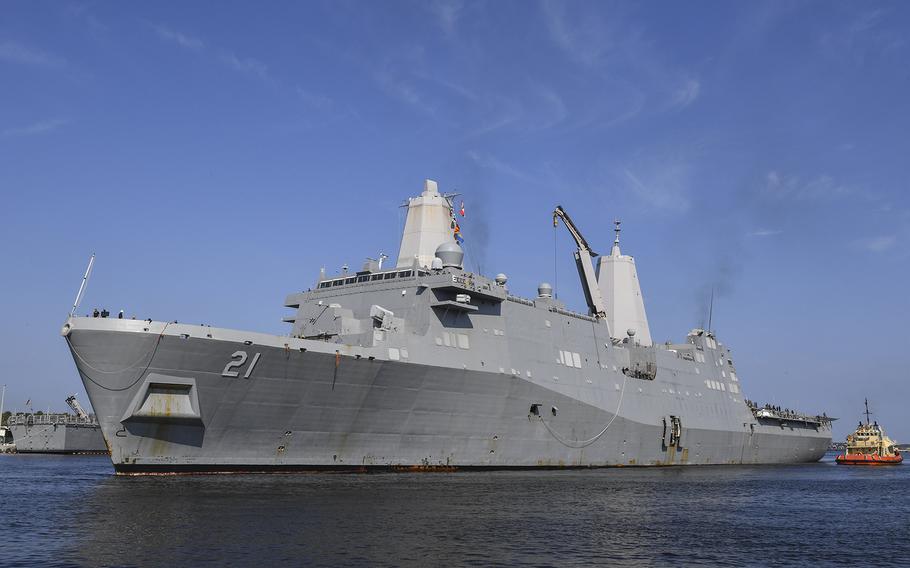 WASHINGTON — The USS Iwo Jima and USS New York have been ordered to get underway Saturday from Naval Station Mayport, Fla., to ready a disaster relief response to Tropical Storm Nate, which is moving towards the Gulf Coast.

Adm. Philip Davidson, commander of U.S. Fleet Forces, ordered the Iwo Jima, an amphibious assault ship, and the New York, an amphibious transport dock, along with elements from the 26th Marine Expeditionary Unit to positions near the Gulf of Mexico.

The Iwo Jima and New York will coordinate with other units of U.S. Northern Command as well as the Federal Emergency Management Agency in case assistance is necessary.

Tropical Storm Nate is projected to make landfall on late Saturday or early Sunday approximately 50 miles east of New Orleans, according to the National Hurricane Center. It is expected to gain strength and strike land as a hurricane. Nate has already caused 21 deaths, flash floods and mudslides as it passed over Costa Rica, Nicaragua and Honduras. It would be the third hurricane to strike the U.S. mainland in six weeks.

The U.S. military has been continuously involved in hurricane disaster relief since Hurricane Harvey struck the Gulf Coast in late August, causing devastating flooding and leaving much of the city of Houston under water.

More than 11,000 U.S. military personnel and more than 80 helicopters and ships are still trying to cope with the aftermath of Hurricane Maria in Puerto Rico. The hurricane left the island, a U.S. territory, severely flood damaged with its power grid and much of its other infrastructure in ruins. Many residents still struggle to access basic necessities such as food, water and medical care.