See this before it closes July 25

Visitors enter a world of superheroes at Tokyo exhibit 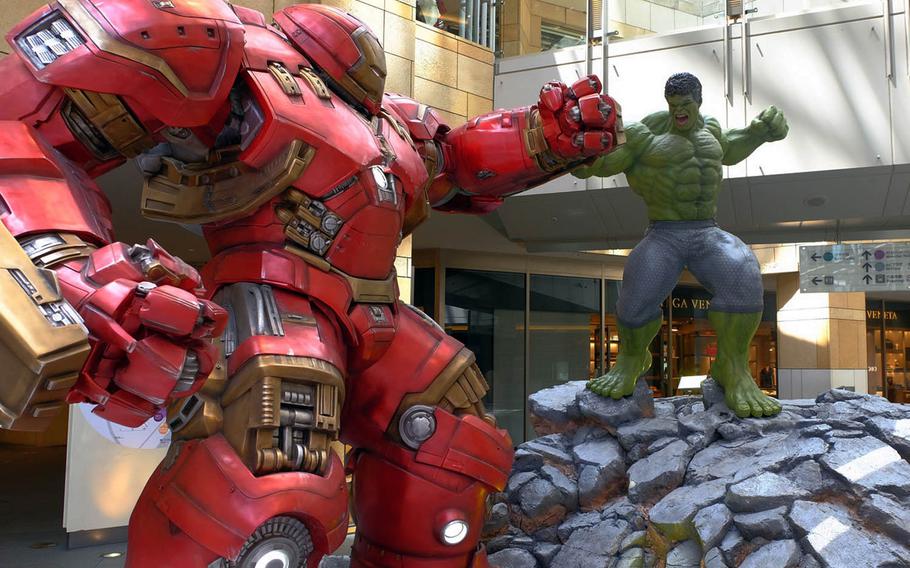 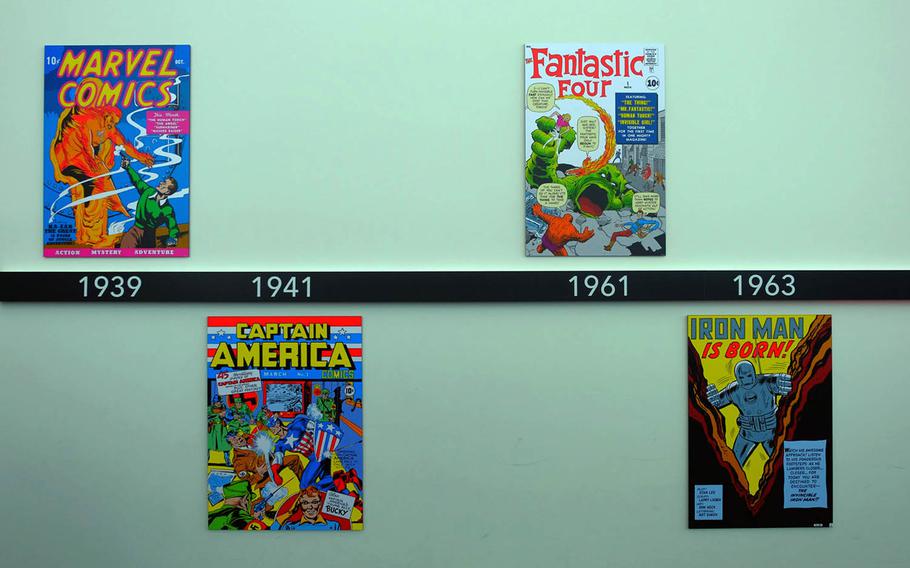 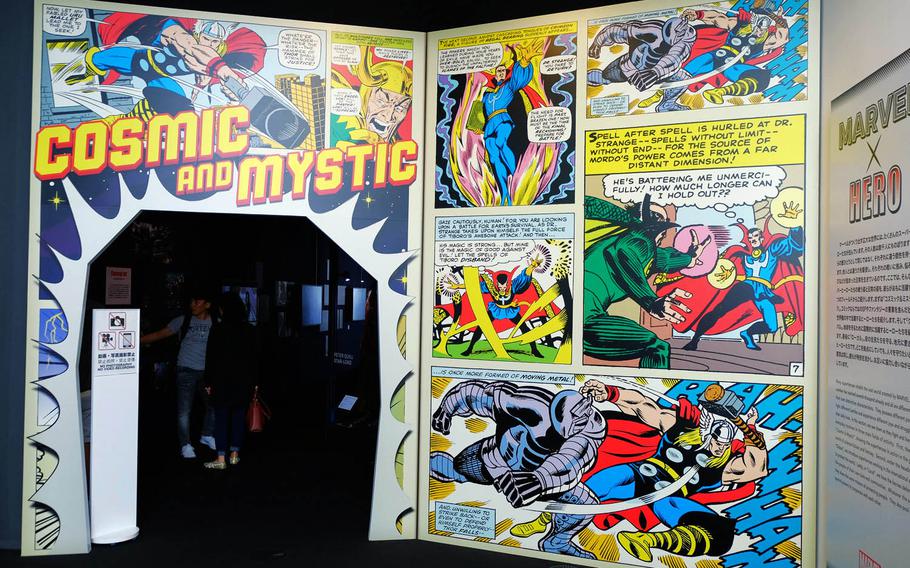 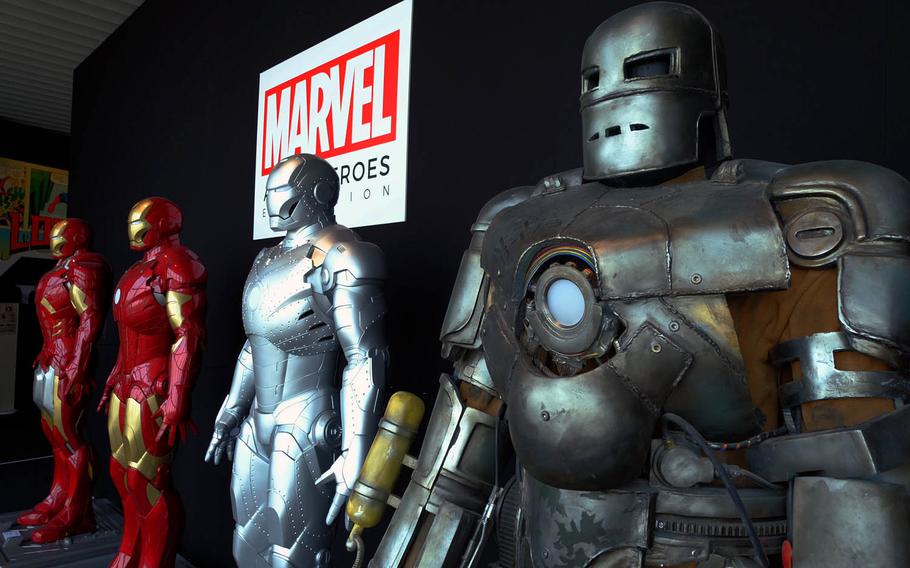 Buy Photo
Visitors can pose for a photo with life-size displays of various Iron Man suits from over the past few decades at Marvel's Age of Heroes exhibit in Tokyo. (Tyler Hlavac/Stars and Stripes) 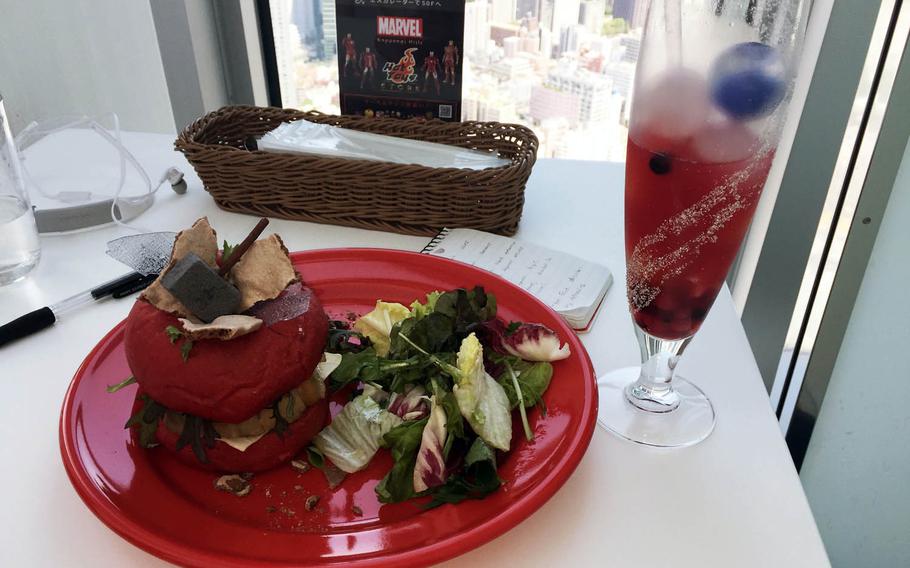 Buy Photo
The red-bunned Mighty Thor Burger is a pork-loin sandwich served with a salad. The comic hero's hammer is featured on top. (Tyler Hlavac/Stars and Stripes) 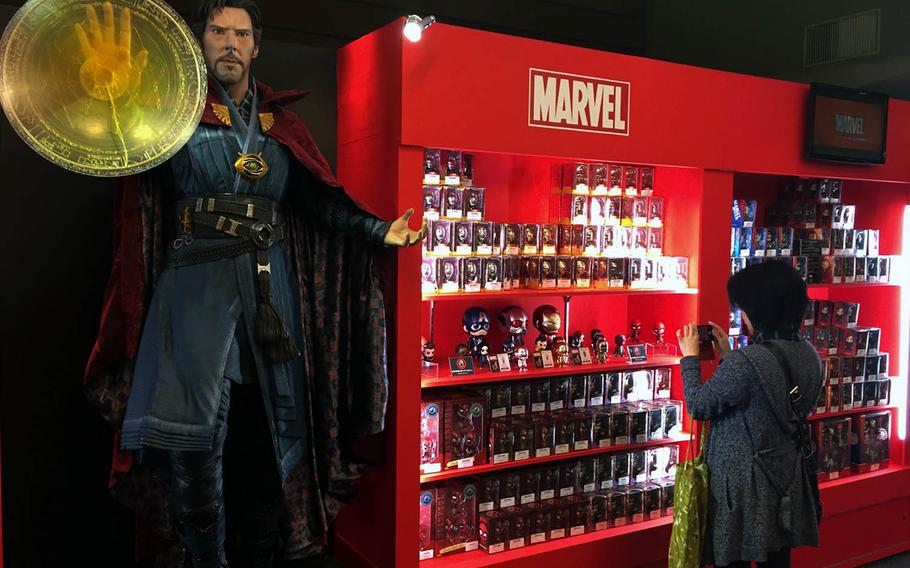 Marvel Comics is giving Tokyo fans an up-close look at iconic heroes like Spider-Man and Captain America during its “Marvel Age of Heroes” exhibition running through July 25.

It’s a celebration of all things Marvel, from comics to toys, on the 52nd floor of Roppongi Hills Mori Tower. Fans can learn about the history of Marvel, which began in 1939 with Timely Comics and grew to spawn blockbuster movie franchises like “Iron Man” and “Captain America.”

The exhibit, which is offered in both Japanese and English, begins with a video introduction from Stan Lee, one of Marvel’s founders, who welcomes visitors and offers an oral history of the franchise.

Visitors pass through timelines explaining pivotal Marvel moments throughout the decades and are able to see original comics printed in the 1930s and 1940s.

The exhibit then breaks off into various showrooms where guests can see costumes from movies along with video clips, comics, original art sketches and more. Visitors can also pose for photos with life-size displays of various Iron Man suits and see toys and other memorabilia featuring Marvel heroes.

Hungry visitors can check out The Sun cafe, which offers a special Marvel-themed menu and can only be accessed by purchasing a ticket to the exhibit. Offerings include a Hulk smoothie, Thor burger and Avengers pizza.

I ordered the Mighty Thor Burger for 1,500 yen (about $13.50), which turned out to be a pork-loin sandwich served with salad. It was tasty, but I expected a sandwich named after the Viking Norse God of Thunder to be a bit heartier. I washed everything down with a Shining Star-Lord Drink for 800 yen, which is a sour fruit juice cocktail. Everything was great, although a bit expensive.

After going through the exhibit, visitors can check out the Hot Toys store, which includes action figures, masks, statues and other Marvel memorabilia. Some of the items are high priced and available only at the store. Since it can only be visited by purchasing a ticket, the store is a hot spot for collectors.

For anyone looking for some Marvel fun on the cheap, the Mori Tower shopping center itself is also worth visiting. Marvel has set up many displays and statues throughout the mall that are free and worth checking out, including a giant statue display of a battle between Hulk and Iron Man. A few clothing stores are also getting in on the fun with some stores offering Marvel items such as Spider-Man socks or Marvel Comics shirts.