Tokyo exhibit spotlights treasures from the National Museum of Afghanistan 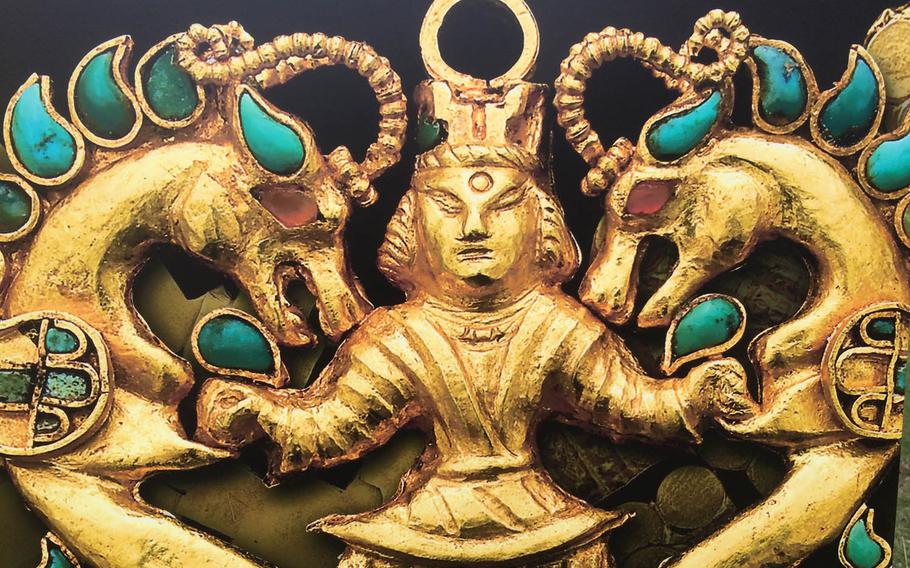 One of the gold items on display at the Tokyo National Museum as part of an exhibition of "Hidden Treasures from the National Museum of Afghanistan." The exhibit runs through June 19. (Seth Robson/Stars and Stripes)

One of the gold items on display at the Tokyo National Museum as part of an exhibition of "Hidden Treasures from the National Museum of Afghanistan." The exhibit runs through June 19. (Seth Robson/Stars and Stripes) 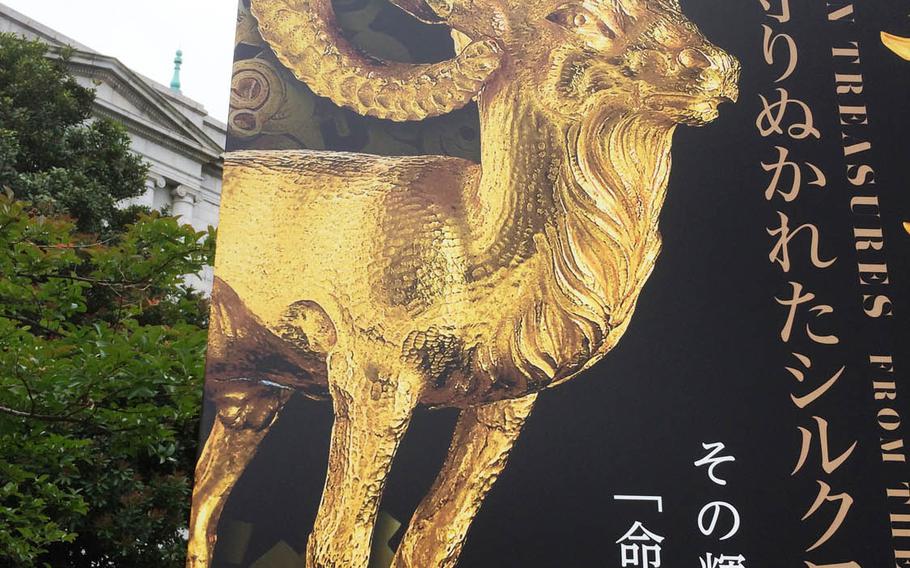 Tokyo National Museum is showing “Hidden Treasures from the National Museum of Afghanistan” through June 19. This exhibition comprising 231 ancient artworks illustrates some of the cultures that flourished in the country from around 2100 BC to 2nd century AD by presenting the “hidden treasures” excavated at four ancient sites. (Seth Robson/Stars and Stripes)

Islamic extremists are notorious for destroying and looting ancient treasures.

The Islamic State’s reign of terror has included the destruction of artifacts in the ancient Syrian city of Palmyra. Before that, Islamists tore down the ancient “End of the World Gate” in Timbuktu and blew up the Bamiyan Buddhas in Afghanistan.

Fortunately, the extremists’ views are not shared by all Muslims.

In Kabul, brave Afghan officials safeguarded thousands of historic artifacts during the Taliban’s bloody rule. It was only after the militants were ousted after the 2001 U.S. invasion that items were brought out of hiding.

The collection, comprising 231 ancient artworks, illustrates some of the cultures that flourished in the country from about 2100 BC to the second century AD by presenting works excavated at four ancient sites.

It includes plenty of items the Taliban disapproves of, and which pre-date the arrival of Islam in Afghanistan, including Buddhist coins from India, statues of Greek gods and images of Chinese dragons once common in a land that was a trading hub on the Silk Road linking Europe with the Far East.

The most stunning treasures in the collection are objects recovered from Tillya Tepe, the Hill of Gold, in northern Afghanistan. The gold items are among more than 20,000 recovered from six first-century graves excavated by an Afghan/Russian team in the north of the country in 1978.

It’s unclear exactly who the nomadic people entombed in the graves were. One grave contained the body of a man who wore an elaborate gold belt and several ceremonial knives, while the others entombed females clad in impressive jewelry.

The Tokyo exhibit includes 15 of more than 100 Afghan treasures that have been collected by individuals in Japan. The items, including an elaborate carving of Buddha and a fragment of a statue dubbed “the left foot of Zeus,” are due to be returned to Afghanistan now that the country has been deemed stable enough to secure them.

U.S. military personnel who have deployed to Afghanistan might be interested to see a side of the country that’s very different from walled military bases, dusty city streets, rugged mountains and fields of opium poppies that they might have patrolled through in recent years.

‘Hidden Treasures From the National Museum of Afghanistan’ DIRECTIONS