Today’s Praise: A multicultural blend of gospel and worship styles 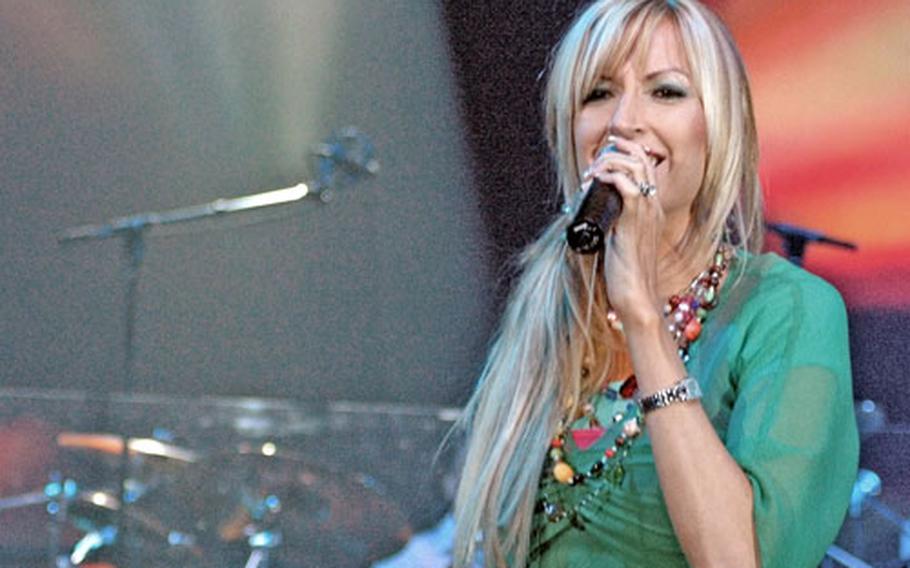 The possibilities can be limitless for a talented artist with passion, and Martha Munizzi is proof.

A little more than a year ago, Munizzi was an independent artist known for delivering rousing live performances of gospel and worship music. Now, she&#8217;s a Grammy-nominated, Stellar Award-winning singer who has a contract with a top worship music label. And, she&#8217;s just released the aptly named project &#8220;No Limits: Live.&#8221;

While Munizzi enjoyed the freedom of being an independent artist, the move to Integrity Label Group provides international reach for her music. &#8220;That&#8217;s where the missing link was for us. ... That&#8217;s what we felt we needed for the next phase in our ministry,&#8221; said Munizzi, who works closely with her husband, Dan.

Munizzi&#8217;s ministry involves a multicultural blend of gospel and worship music styles. The results are impressive. She was nominated for this year&#8217;s Grammy for Best Traditional Soul Gospel Album for the disc &#8220;Say The Name.&#8221; Last year, she became the first non-African American woman to win a Stellar Gospel Music Award when she was named New Artist of the Year.

Munizzi uses a blend of gospel, rock, reggae and jazz because, she said, it would be hard to pick just one style, &#8220;and it all falls under praise and worship ... the broad styles of the body of Christ.&#8221;

Munizzi enjoys performing in military communities. In November, she performed in Vicenza, Italy, home of the Southern European Task Force.

She was pleased to see the crowd joyfully singing and dancing despite the fact that most of the community&#8217;s soldiers were deployed to Afghanistan.

Munizzi&#8217;s new project, &#8220;No Limits,&#8221; contains a good dose of energetic gospel music, with great backup vocals and instrumentals. It opens with roaring praise in the title track and continually focuses on God&#8217;s gracious gifts and love. &#8220;The Great Exchange&#8221; is a triumphant pop-flavored tune about changed lives. The disc then downshifts with &#8220;Renew Me,&#8221; a melodic request to be transformed by God.

Many of the songs at the heart of the set are slower and more reverent, but still very strong vocally and lyrically. For example, &#8220;Always Welcome,&#8221; which was written by Munizzi&#8217;s twin sister, Mary, is full of heartfelt praise and is a wonderful showcase for Munizzi&#8217;s voice. And &#8220;While You Worship&#8221; is packed with encouragement.

Over the course of the performance, there&#8217;s quite a bit of improvisation that works very well in concert but seems little long on a CD. A little tighter editing might have made a good CD even better.