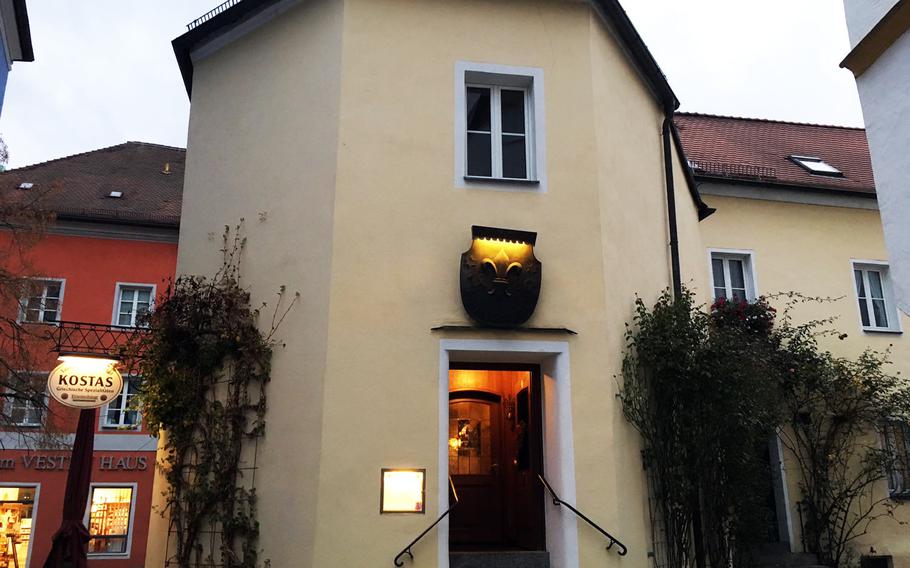 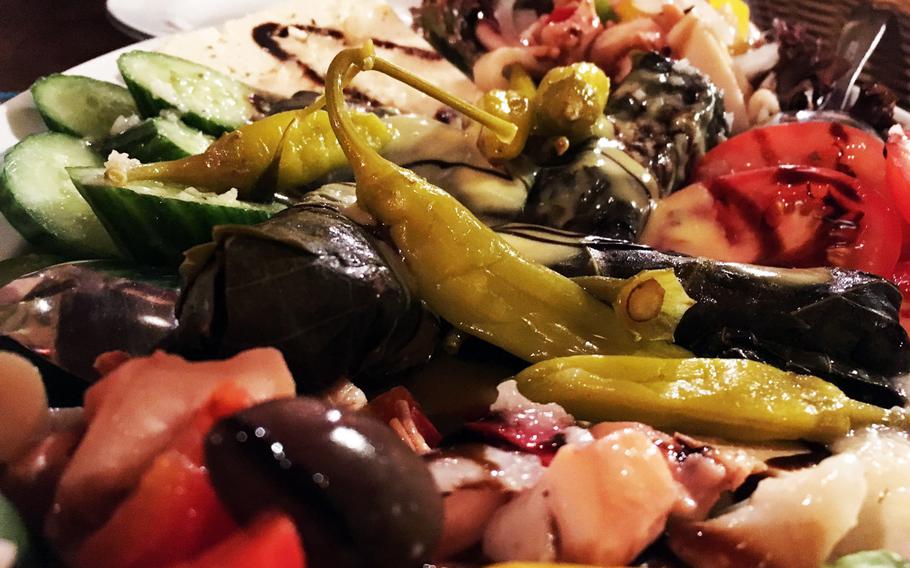 The mezesplatte, or appetizer sampler, at Taverne Kostas, in Weiden, Germany. (Martin Egnash/Stars and Stripes) 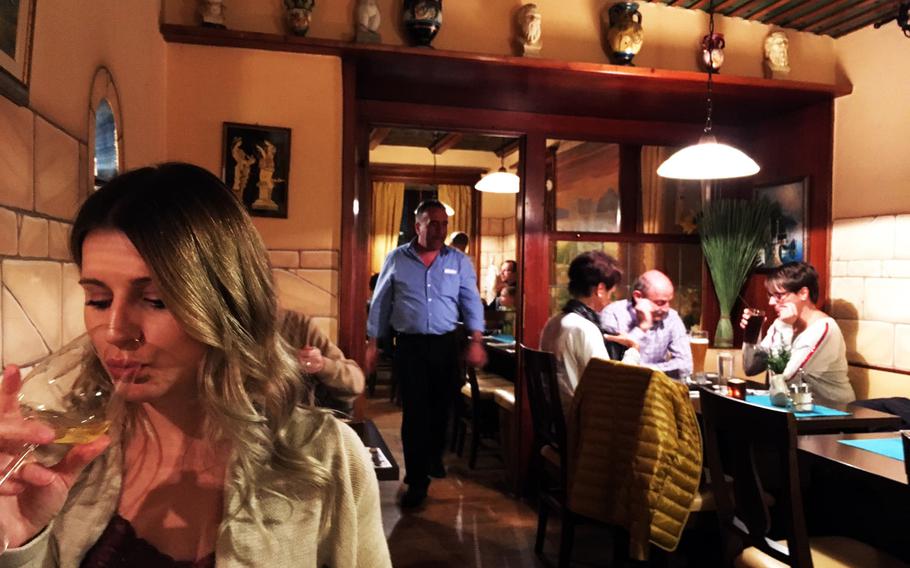 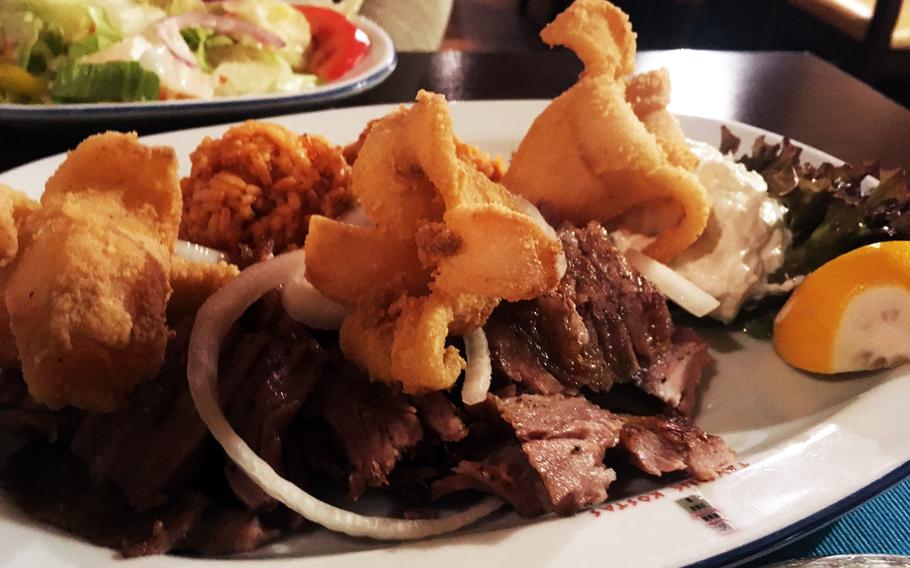 The Hermes plate, consisting of calamari and gyro meat, with sauces and rice, at Taverne Kostas in Weiden, Germany. (Martin Egnash/Stars and Stripes)

Traditional German food is hearty, filling and sometimes a bit bland. Thankfully there are plenty of Greek restaurants that provide an excellent alternative with some Mediterranean flavor.

Taverne Kostas, just 15 minutes from the U.S. Army’s Grafenwoehr Training Area, in Weiden, is a solid Greek restaurant with dishes that appeal to all tastes.

It has a huge appetizer menu that offers small portions of specialties, like gigandes, giant Greek baked beans simmered in tomato-based sauce; dolmades, seasoned rice stuffed inside of grape leaves; or Kalamata olives drizzled with oil. If you can’t make up your mind, the mezesplatte, or appetizer sampler, is a good way for a few people to try a bit of everything.

Kostas specializes in dishes with gyro meat, which is cut in thick, flavorful slices and arranged in a variety of ways. My favorite variation was the gyro special in metexa sauce and cheese. The metexa, a blend of brandy and wine simmered together, goes very well with whatever kind of melty, mozzarella-type cheese they put on it, and transforms the gyro meat into a dripping, gooey masterpiece that’s hard to stop eating.

The restaurant also serves several types of lamb and pork dishes, such as the marinated pork chops or huge grilled souvlaki, Greek kebabs.

Around Weiden, Taverne Kostas is known for its calamari. Instead of offering just little rings of calamari, they lightly fry the entire upper portion of the squid. The light crunch adds to the thick, succulent calamari so that it’s one of the highlights of the restaurant. They’re the best I’ve had in Germany.

Each meal is served with an aperitif at the beginning, and a digestive at the end, which adds to the experience and lets you know you’re welcome to stay for as long as you’d like.

Many of the restaurant-goers stay at Kostas for hours, nibbling on Mediterranean delicacies and sipping Greek wine while telling stories and enjoying their company.

Taverne Kostas is located in Weiden’s central town square, just two blocks from the town hall. It has plenty of covered seating outside when the weather is nice, and a friendly, English-speaking staff that I found very helpful.