Straight shooting from a woman who 'loves her rifle' 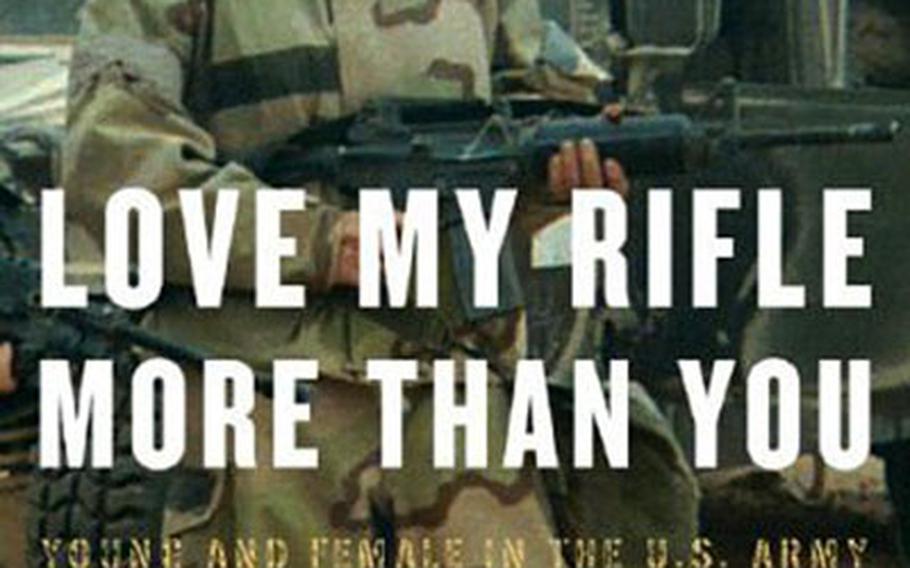 Kayla Williams speaks for Generation X as she dishes about being a woman deployed to Iraq for a year in “Love My Rifle More Than You.” (Courtesy of W.W. Norton)

Kayla Williams speaks for Generation X as she dishes about being a woman deployed to Iraq for a year in “Love My Rifle More Than You.” (Courtesy of W.W. Norton) 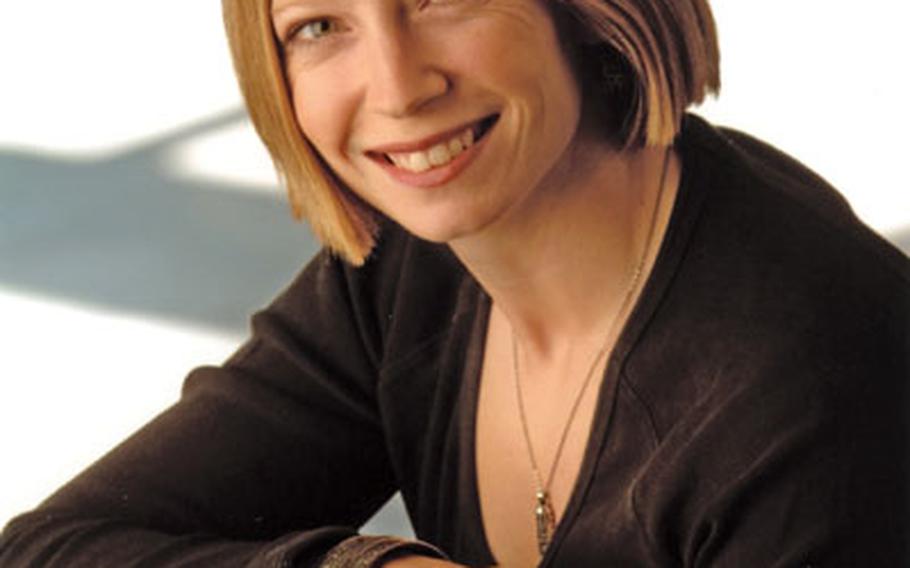 Kayla Williams was a self-described “punk-kid rebel” when she joined the Reserves in 2000. (Courtesy of W.W. Norton)

Former Army Reserve Spc. Kayla Williams has a piece of advice for any females considering joining an Army at war:

Williams is speaking from personal experience. She spent 2003 in Iraq with the 101st Airborne Division, working as an Arab linguist.

Reading her book, &#8220;Love My Rifle More Than You: Young and Female in the U.S. Army&#8221; is like listening to a private bull session between war buddies with no secrets.

And the conversation between these pages is going to drive the Army absolutely nuts.

Williams enlisted in the Reserves in 2000 at the age of 23, after hailing from a somewhat dysfunctional family.

&#8220;My mom was a Republican with an authoritative streak, my dad was a former pot smoker with anger-management issues.&#8221;

A self-proclaimed &#8220;punk-kid rebel,&#8221; Williams is not an immediately obvious candidate for Army life, which she joins partly for economic security, and partly in defiance of a previous, abusive boyfriend who told her she could &#8220;never make it in the military because I could never handle people yelling at me.&#8221;

But she balances her admitted hard drinking and hard partying with an excellent mind, an honors degree from Bowling Green State University, and even a working knowledge of Arab culture, thanks to a nice Muslim boyfriend she meets through a stripper friend.

That relationship was toast once Williams decided to join the Army Reserve and is assigned to learn Arabic at the Defense Language School.

But her appreciation and respect for Middle East culture and Islam becomes a serious asset once she is sent to Iraq.

Stuck with an incompetent NCO in charge (in her less flattering moments, Williams uses passive aggression to drive the poor woman to tears), a serious lack of vegetarian MREs, and increasingly stir-crazy colleagues, Williams finds that she needs all the help she can get.

She writes about her unit&#8217;s reactions to a growing insurgency and unrelenting heat in the summer of 2003:

Williams starts suffering from flashbacks, to a Baghdad patrol where she saw an Iraqi bleed to death at her feet.

Harder still, &#8220;the guys I considered my friends were treating me like a girl. I was [breasts and buttocks] &#8230; or whatever, but never really a person.

One of the male soldiers in her unit, a 21 year-old veteran of both Korea and Afghanistan, has a mental breakdown under the pressure.

After that, Williams stops eating.

&#8220;I felt this powerful desire to be even thinner and thinner. Until I could just slip away. Disappear.&#8221;

But she doesn&#8217;t, and she keeps on doing her job &#8212; even though doing her job causes her moments of confusion and conflict, such as the time she uses sleep deprivation on a stubborn prisoner she is trying to interrogate at a brigade support area in Mosul in late July, 2003.

Williams is out of the Army now. But young female soldiers like her, and like her male soldier friends and foes, are fighting right now in Iraq or Afghanistan.

For better or worse, for the conceivable future, Spc. Kayla Williams and her ilk will be standing between success and failure in this nation&#8217;s war on terror.

Heavy Metal: A Tank Company&#8217;s Battle to Baghdad, by Capt. Jason Conroy, with Ron Martz. $26.95. A company commander describes his unit&#8217;s armored shootout in the streets of Mahmudiyah and the thunder runs into Baghdad.

Down Range: Navy SEALS in the War on Terrorism, by Dick Couch. $25. A Seal veteran describes the special operations units&#8217; missions against Iraqi insurgents and al-Qaeda.

Ambush Alley: The Most Extraordinary Battle of the Iraq War, by Tim Pritchard. $25.95. A detailed account of the bloodiest encounter of the Iraq invasion. It started with the ambush of a convoy of Army mechanics near Nasiriyah and grew as Marines rushed into the city, hoping to rescue survivors. In the course of a day, 18 men died and 55 were wounded.

Inside Delta Force: The Story of America&#8217;s Elite Counterterrorist Unit, by Eric L. Haney. $14. The former command sergeant major of the Army examines the history and mission of a key special operations unit.

Roberts Ridge: A Story of Courage and Sacrifice on Takur Ghar Mountain, Afghanistan, by Malcolm MacPherson. $25. This book outlines the March 2002 battle that erupted when Navy Seals went to the rescue of Neil Roberts, who had been thrown from a transport helicopter in Afghanistan.