Sticker on the 'Bumper of My S.U.V.' leads to hit song for Chely Wright 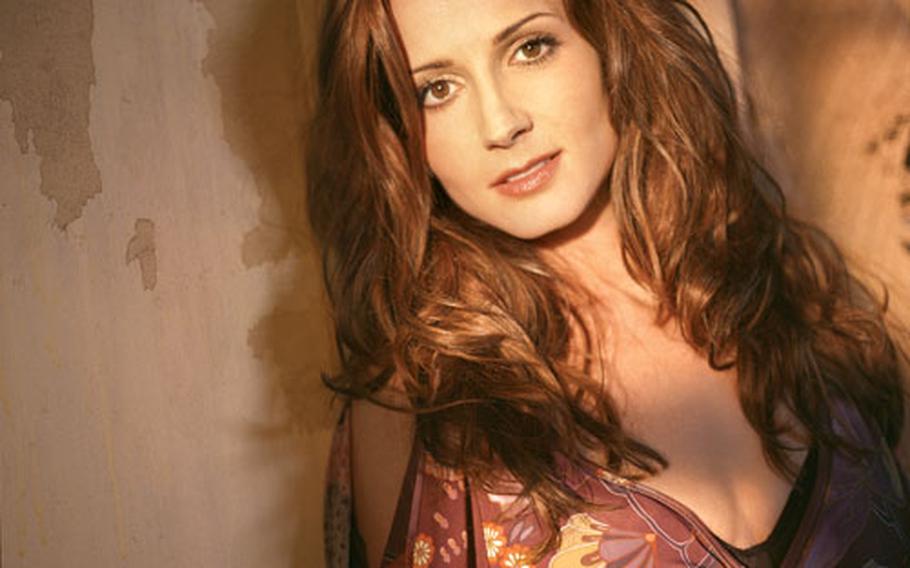 Chely Wright may have bowed out of the country music scene for a bit, but she’s back with a new album and the single “Bumper of my S.U.V.” (Courtesy to Stripes)

&#8220;The Metropolitan Hotel,&#8221; released Feb. 22, is a culmination of 12 songs, eight of those either written or co-written by Wright, spanning the wide range of talents from this 34-year-old Kansas native.

In January 2003, three days before Wright&#8217;s brother, Gunnery Sgt. Christopher L. Wright, was set to deploy to Iraq, he sent her a letter. Enclosed were an American flag and a Marine Corps sticker.

In June 2003, Wright announced she was going to Iraq through Stars For Stripes, a nonprofit organization providing celebrity entertainment to internationally deployed U.S. military forces.

After returning from Iraq, Wright was driving through Nashville&#8217;s ritzy West End when a woman pulled up beside her, displaying her middle finger.

At the next stoplight, Wright motioned toward the other motorist that she was sorry. The lady was motioning for Wright to roll her window down and when she did, the woman replied, &#8220;Your war is wrong. You&#8217;re a killer just like the rest of them.&#8221;

Sixteen months later, Wright was preparing to leave for her second tour of Iraq when she happened on a file called &#8220;Bumper&#8221; on her computer. She had forgotten that she wrote the song, so she burnt a copy and packed it with her other stuff bound for Iraq.

Wright played the song for Stars For Stripes president and CEO Judy Seale while the two were getting their shots at Fort Campbell, Ky.

Wright performed the song at every show and, during autograph sessions, troops were begging her to release the song so American Forces Network could pick it up. She was hesitant at first and said troops started to get irritated. One said, &#8220;With all due respect, ma&#8217;am, we don&#8217;t care what American radio plays because we don&#8217;t get it over here. That&#8217;s a song about freedom and that&#8217;s a song about us.&#8221;