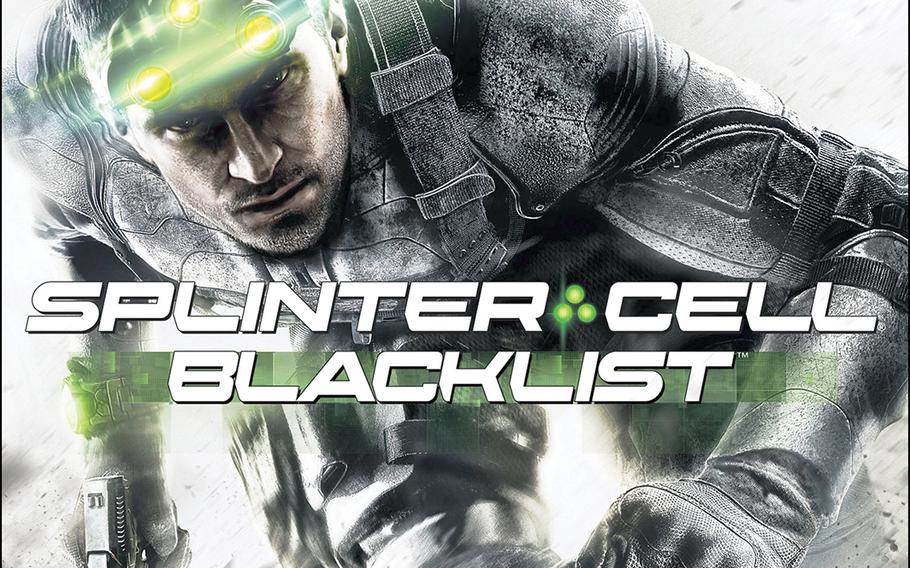 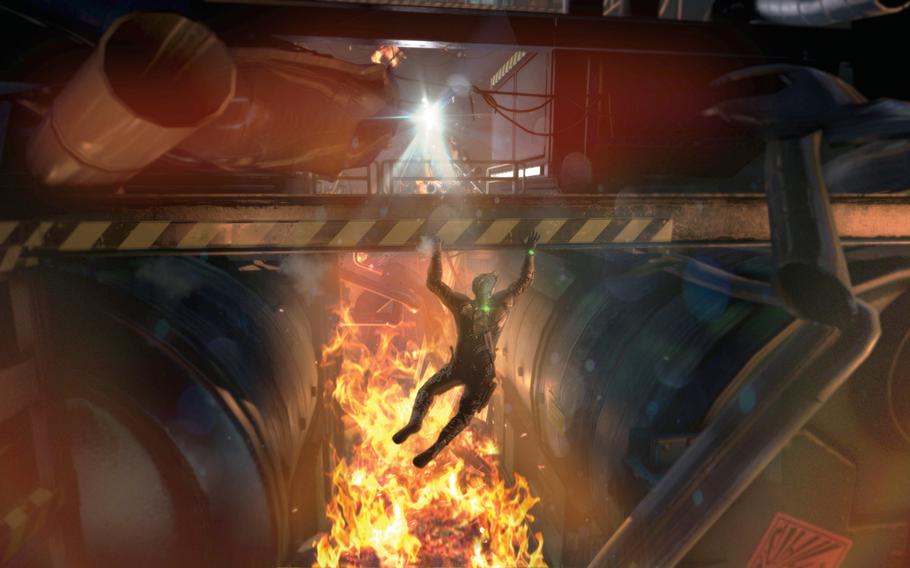 In the previous edition of Ubisoft’s “Tom Clancy’s Splinter Cell” franchise, Sam was on a crusade to take down the gang of thugs who had kidnapped his daughter. In “Splinter Cell Blacklist,” he takes aim at a group of international terrorists. (Courtesy of Ubisoft) Between the campaign and the side quests, there’s a good variety of well-designed missions that are integrated into a compelling storyline. (Courtesy of Ubisoft)

After spending some time taking care of personal issues, Sam Fisher is back where he belongs: saving America.

In the previous edition of Ubisoft’s “Tom Clancy’s Splinter Cell” franchise, Sam was on a crusade to take down the gang of thugs who had kidnapped his daughter. In “Splinter Cell Blacklist,” he takes aim at a group of international terrorists.

The new third-person action game opens with a brutal attack on Andersen Air Force Base on Guam. Terrorists who call themselves the Engineers claim responsibility and demand that the U.S. remove all troops from other countries or it will launch a string of deadly attacks on American interests. The list of targets is known as the Blacklist.

In response, the U.S. president — looking very much like Hillary Rodham Clinton — creates a special operations unit called Fourth Echelon and puts Sam in charge of the hunt for the Engineers. This launches a globe-spanning adventure that requires a vast assortment of weapons and gadgets and an aircraft that acts as a mobile base of operations. The jet, called Paladin, is filled with computers, a hospital, a research lab and even a jail.

It also carries a collection of nonplayer characters who perform several roles. Most importantly, they advise Sam on the primary missions of the single-player campaign. Some also offer upgrades to Paladin as well as Sam’s weapons, gadgets and armor. The NPCs also offer side missions, which range from undertaking stealthy spy operations to surviving wave upon wave of attacks. Most of these can be played either solo or cooperatively, though some can only be played in co-op.

Between the campaign and the side quests, there’s a good variety of well-designed missions that are integrated into a compelling storyline.

As in previous “Splinter Cell” games, most of these missions require a good deal of stealth. Sam’s life expectancy declines dramatically when he’s caught in the open. As a result, you’ll spend a lot of time shooting out lights — or sometimes flipping switches — and skulking around in the shadows. You’ll also crawl through air ducts, scramble up walls and hang from overhead pipes. Sam also gets to use a variety of gadgets that help him remain undetected or take out foes from a distance, such as tiny exploding drones, sonar goggles, crossbows and stun guns.

I love all of this stuff, so I was ready to jump right in. And I wasn’t disappointed — much. The missions are exciting and the gameplay is pretty smooth in the campaign and co-op missions, where you generally have time to consider your options and plan your approach. However, the controls seem a bit sticky in the heat of online competition. And I must admit that a few of the missions were more tedious and demanding than fun.

The “Spies vs. Mercs” online mode features five competitive formats. Three of them pit stealthy spies against armored and well-armed mercenaries. In two of these, a team of spies tries to capture and hold a series of computers while the team of mercenaries tries to stop them. Each team of players gets a turn as mercs and as spies, and the team that was able to download the most information from the computers wins.

The standard version of this involves four players on each team and seems to be the most balanced — and fun — of all of the formats. It works well because you have enough people to cover your back and help you achieve your goals.

However, things don’t always work out so equitably in two-vs.-two competition. Spies’ ability to use sonar to detect enemies allows them to evade foes or attack them when it’s to their advantage. Combine that with a cloaking ability and melee attacks that are almost always fatal, and the mercs have little hope, even with their better armor and greater firepower. It’s not much better in the third spy-vs.-merc format, which reverses the roles and has the mercs capturing a package and returning it to their base.

The final two online formats — another capture-the-flag variant and death match — permit teams to include both spies and mercs. If players select their loadouts wisely, the relative strengths of mercs and spies isn’t a big problem.

While these matches can be intense and very fun, newcomers should be aware that they’ll need to invest in quite a few upgrades before they can contribute much to their team. After a few training matches, you’re thrown in with gamers who have upgraded their weapons, armor and gadgets to make them seemingly invincible to the newcomer. I found this pretty frustrating at first, but soon realized that I could use funds that I had earned in the campaign to purchase upgrades for online competition. This can level the playing field pretty quickly.

The game’s graphics are good, but not great. Some of the primary characters are a bit stiff. And some frustrating visual glitches periodically pop up. For example, slain enemies will sometime remain standing, apparently still alive. In the campaign, this might cause you to waste a bit of time and a few rounds. In online competition, that wasted time can prove fatal if a foe is lurking nearby.

The game earns its mature rating for violence and a relatively modest amount of blood.