‘Stardew Valley’ brings together the best indie genre has to offer 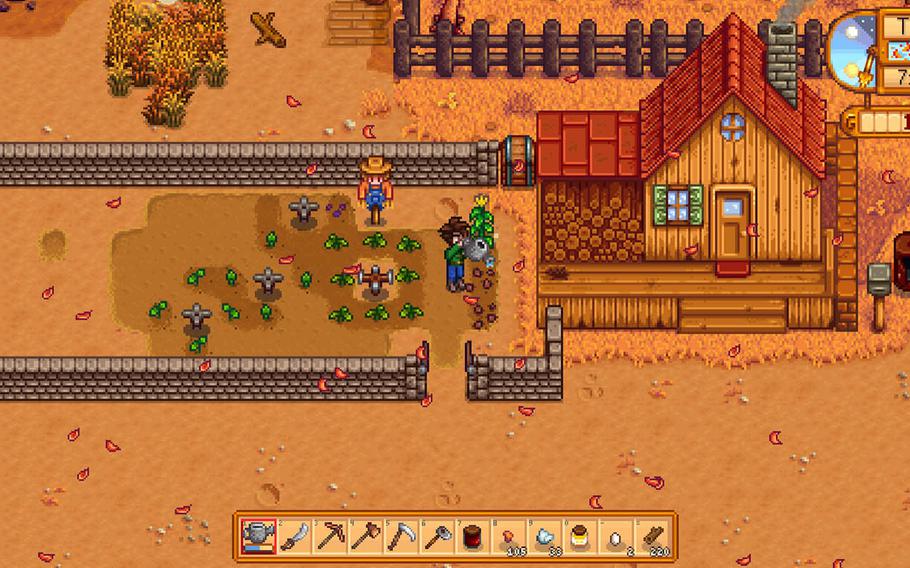 "Stardew Valley" is a quiet, contemplative game that rewards organization, patience and proper planning. It also manages to be one of the most enthralling games of 2016. (Chucklefish Games)

"Stardew Valley" is a quiet, contemplative game that rewards organization, patience and proper planning. It also manages to be one of the most enthralling games of 2016. (Chucklefish Games) 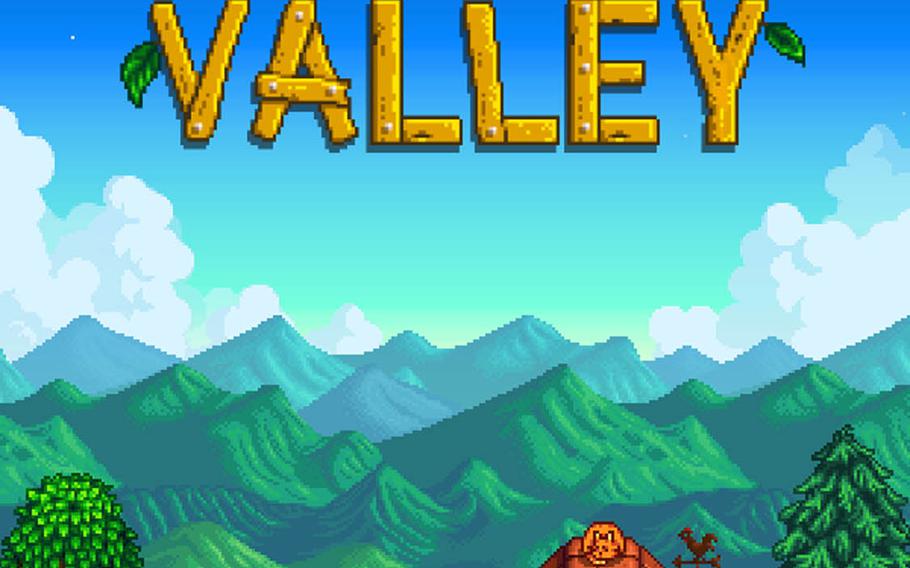 There is something almost undefinable about “Stardew Valley.” This labor of love by lone-wolf developer ConcernedApe, much like “Harvest Moon” before it, is simple to explain. It’s a farming simulator that borrows from other genres to pad the crop growing and pig farming. But that description can’t really capture the essence of the experience. How can it, really? The words “farming simulator” and “fun” have rarely been uttered in the same sentence. However, after spending most of a weekend fussing with my virtual corn crop, it’s clear this game has gotten its hooks into me.

And I’m having a blast. “Stardew Valley,” at first glance, might appear to be just another sprite-based indie game. Its aesthetic is borrowed from “Chrono Trigger” and other 16-bit titles, which is nothing new for the indie game scene. In many titles, that’s a sure sign of a lack of imagination. Here, the clear and clean art style helps sell the game’s innocence in a way a more detailed art style might have missed. Looking beyond its visuals, “Stardew Valley” brings together the best the genre has to offer while eschewing the dead weight that has dragged down series like “Harvest Moon” over the years. The base of the game still revolves around planting, cultivating and selling crops, but there is so much more to explore and experience. When waiting for crops to grow, greenhorns can explore a mine that acts as an adventure-filled dungeon of sorts. If adventuring isn’t what you’re after, perhaps spending a few days fishing is your speed. Does fishing bore the pants off you? Build a barn and start raising cattle. In a lesser title, these elements might have felt slapped onto the main experience. A check in a box somewhere. Here, each element of the game works in conjunction with others to bring a sense of purpose to everything a player chooses to do. For instance, a player who focuses on raising animals can use things like milk and eggs to cook fancy dishes. A miner can find rare gems to sell or donate to a museum for prizes. A farmer can grow bigger and better crops to sell at the local market. These differing elements help expand the game beyond its simplistic premise. They also ensure that — assuming one is already OK with playing a farming simulator — no single element becomes stale or boring. If you want to spelunk one day and fish the next, the game is expansive enough to allow that to happen seamlessly. The game is broken into seasons that span a year. As near as I can tell, there really isn’t a cap on how long you can play, so, theoretically, wannabe farmers can play until they get bored. Each season opens up new crops and new ways of approaching the game, so it never really becomes boring. There are a couple of rough spots ConcernedApe will have to smooth out as development continues. The relationships you can form between your avatar and the townsfolk are minimalist and poorly written. While some of the characters have some semblance of a personality, most exist to repeat a couple of lines of dialogue a day before shutting up entirely until the next day. Marriage in particular requires far too many hoops to jump through and ends with the newlywed losing any shred of what made them a character to begin with. While that might be a meta commentary on marriage as an institution, it really sticks out as being not fully developed here. Controls can be a bit finicky, which doesn’t matter for most of the game. Dungeon delvers will have to fight with facing the right way to attack enemies. Above ground, placing items where you want them is more frustrating than it needs to be. Instead of the intuitive “click an item and click again to place it,” players have to do that and then be standing next to, but not on, the square where the item is supposed to go. While I personally found the game’s lack of hand-holding to be refreshing, there is a lack of documentation for even simple concepts that might annoy others. It took me quite a while to learn how to find clay — an important and necessary item — because the game doesn’t really explain that you’re just supposed to dig the ground randomly to find it. In the grand scheme of things, those are minor quibbles. I never died due to the controls, I eventually (I think) figured out everything I needed to, with a bit of help from the game’s online wiki. In any event, the overall experience more than made up for these minor flaws. “Stardew Valley” isn’t “Harvest Moon” and it isn’t a janky, indie game that attempts to capture the mobile free-to-play methodology of gaming. It’s an inexpensive title that provides dozens, if not hundreds, of hours of engaging, innocent gaming. While not perfect, it does more right tangibly than some AAA games that demand a high price tag. It’s also got the sort of intangible quality that hooks into players and makes them want to keep coming back for more. What’s best is that it does so without compromising its vision. It’s a farming simulator, yes, but ultimately it becomes so much more. If you’re the type of gamer who can appreciate something outside of the norm, this is definitely worth taking a look at. For me, personally, “Stardew Valley” is in the early running for game of the year. It’s just that good.