Something fishy: Guests might feel soaked after visit to Okinawa aquarium 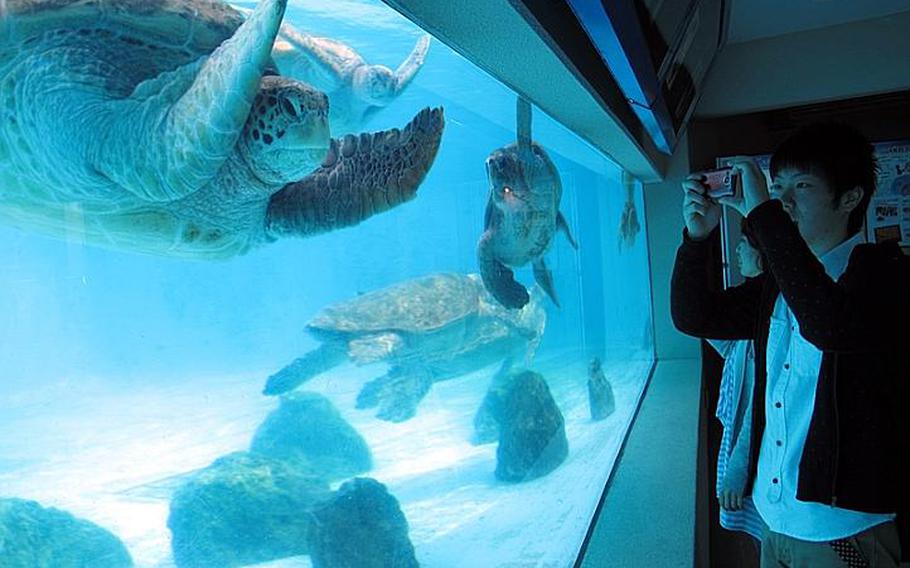 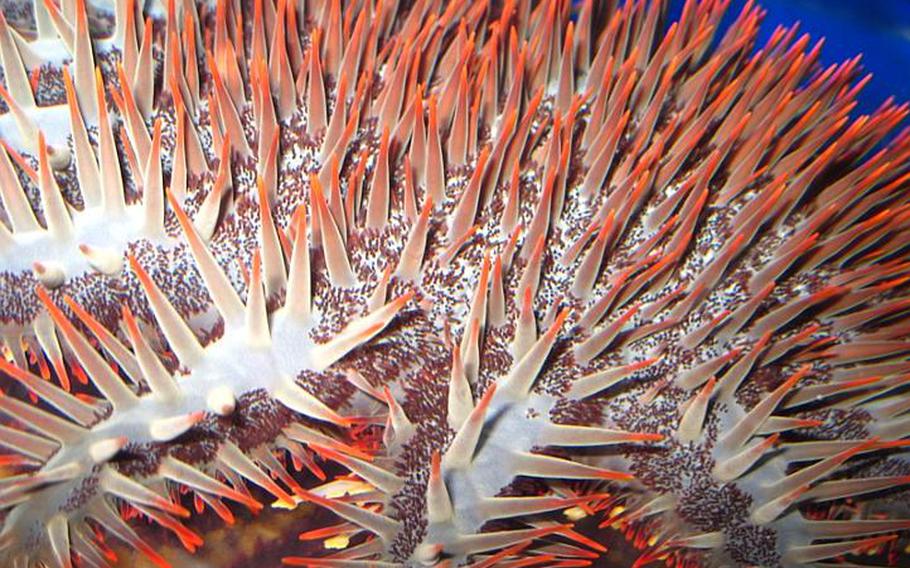 Buy Photo
Churaumi Aquarium features many strange inhabitants such as the Crown of Thorns starfish, which is a threat to many coral reefs around the world. The starfish feeds on coral polyps and in some areas of the world have been blamed on widespread coral reef destruction (Matt Orr/Stars and Stripes) 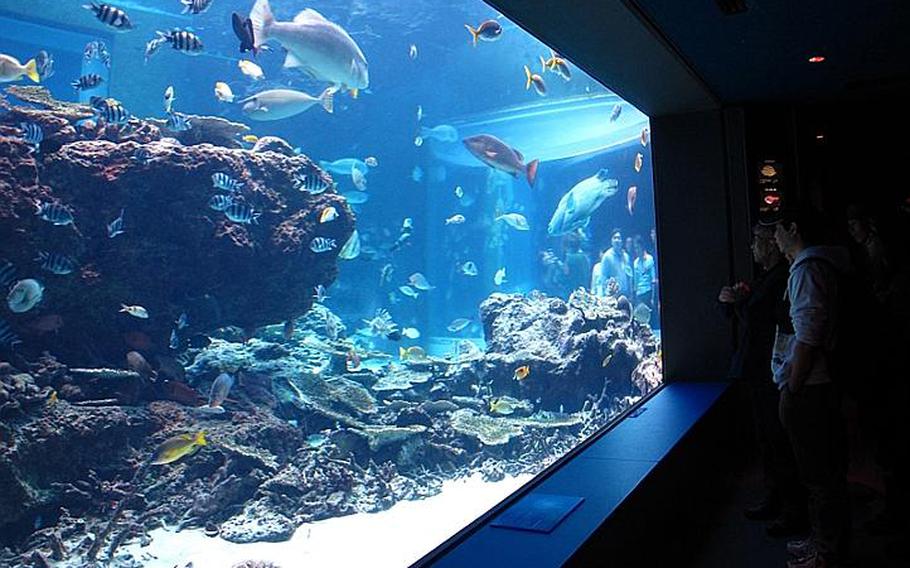 Buy Photo
A coral reef exhibit houses fish species, some of which are common throughout the coral reefs around Okinawa. (Matt Orr/Stars and Stripes) 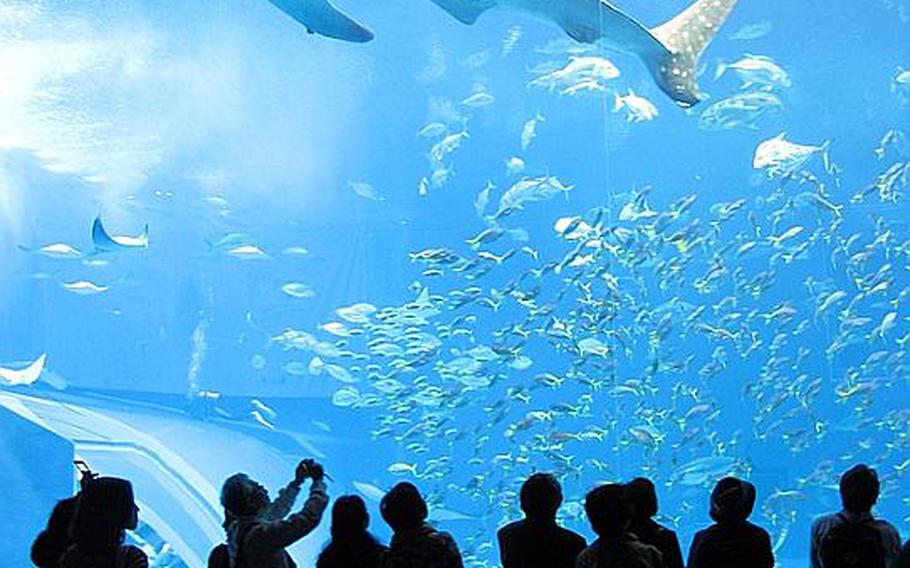 Buy Photo
The main attraction at the Okinawa Churaumi Aquarium is the Kuroshio Sea tank. In the tank are whale sharks, manta rays and many other types of fish. It is one of the largest tanks in the world. (Matt Orr/Stars and Stripes) 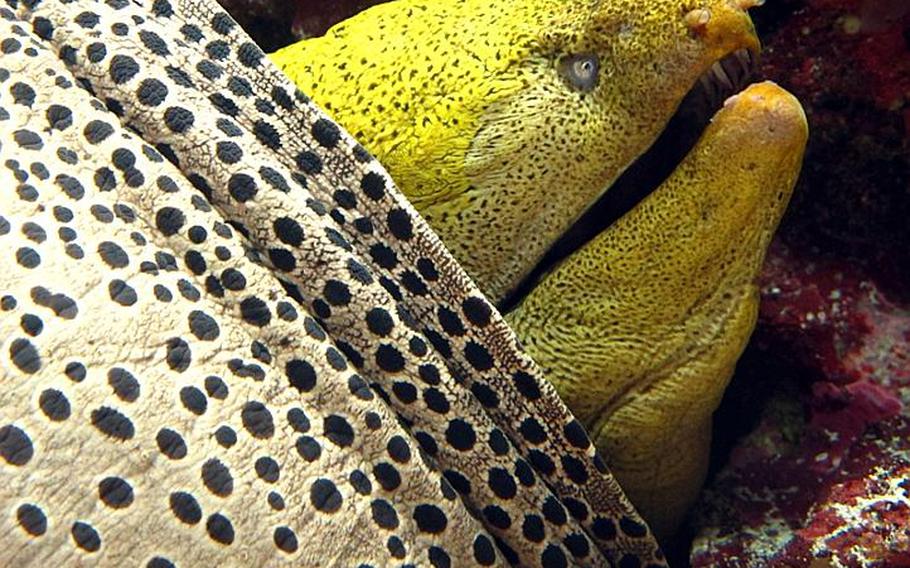 Buy Photo
A large moray eel is a resident of one of the 77 tanks at the aquarium. Sea water for the aquarium is pumped directly from the ocean about 3,400 yards offshore from a depth of about 60 feet. (Matt Orr/Stars and Stripes) 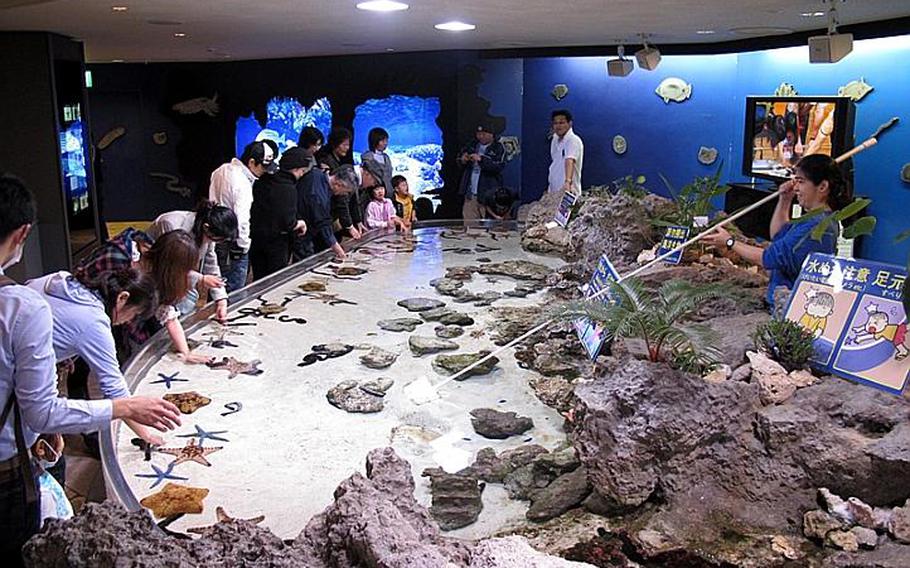 Buy Photo
Visitors get a chance to touch sea creatures including starfish and sea cucumbers while visiting the Okinawa Churaumi Aquarium. (Matt Orr/Stars and Stripes) 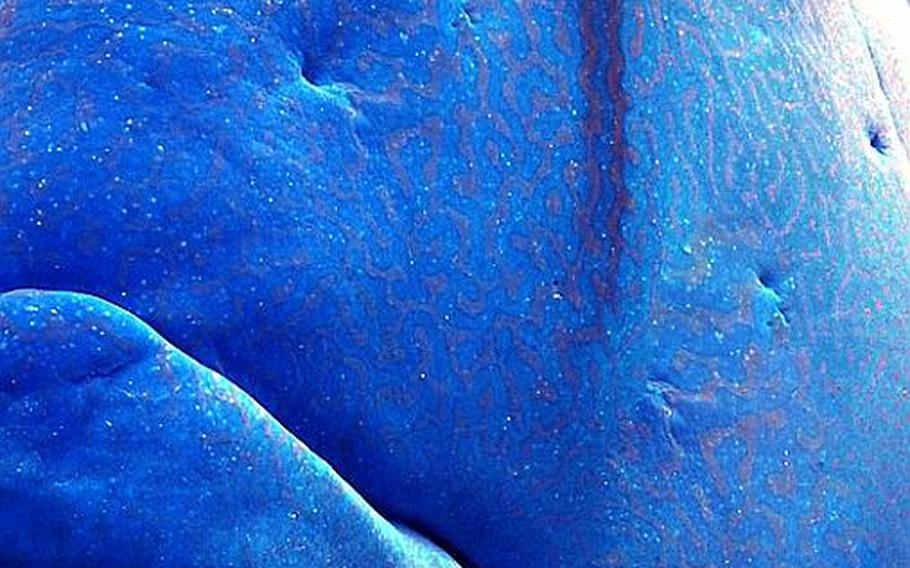 Buy Photo
The aquarium is home to a large humphead wrasse, one of the largest coral fish in the world. This particular species of fish is waning in numbers. (Matt Orr/Stars and Stripes)

There are many things on my list of things I&rsquo;ve decided I have to do before I leave Okinawa.

I&rsquo;ve managed to mark some items off, such as climbing Iwo Jima&rsquo;s Mount Suribachi and getting back into scuba diving. Others, like climbing Mount Fuji, outside Tokyo on mainland Japan, will have to wait.

But my wife and I were able to scratch one off the list with a recent weekend visit to Okinawa&rsquo;s Churaumi Aquarium, which houses one of the world&rsquo;s largest tanks. Many people recommended taking the trip up north.

We went on a Saturday, hoping that it wouldn&rsquo;t be too busy since Okinawans work that day. What we forgot to take into account were the tourists, many who traveled from mainland Japan. Needless to say, the place was packed.

The aquarium features 77 tanks spread out among four floors. There are touch tanks, where visitors can actually handles creatures such as starfish. Some tanks feature coral reefs and another with sharks.

We finally made it to the Kuroshio Sea tank, which is home to majestic whale sharks and manta rays. It&rsquo;s one of the last visitors see while touring the aquarium.

I was a little let down by that final tank. Don&rsquo;t get me wrong. It&rsquo;s just that after hearing so much about it, I had built it up to something huge in my imagination. While it was big, it was smaller than I had imagined, and my wife and I felt bad for the large whale sharks that seemed crowded swimming in endless circles.

After our hour-long indoor tour, we looked at each other and sort of wondered what all the fuss was about. A quick visit to the outdoor exhibits featuring dolphins, sea turtles and manatees didn&rsquo;t help.

All-in-all, we left feeling a bit disappointed, thinking that the visit wasn&rsquo;t worth the 1,800 yen ticket we each bought.

While we could see how interesting it would be for parents with kids, it just wasn&rsquo;t the thing for us. I would much rather don my mask and fins and head out to the Sunabe Sea Wall, five my minutes from my house, to see the beautiful fish in their natural habitat.

Visit http://oki-churaumi.jp/en for ticket prices, hours of operation and other details.