Senior airman reigns as one of Okinawa's kickboxing champs 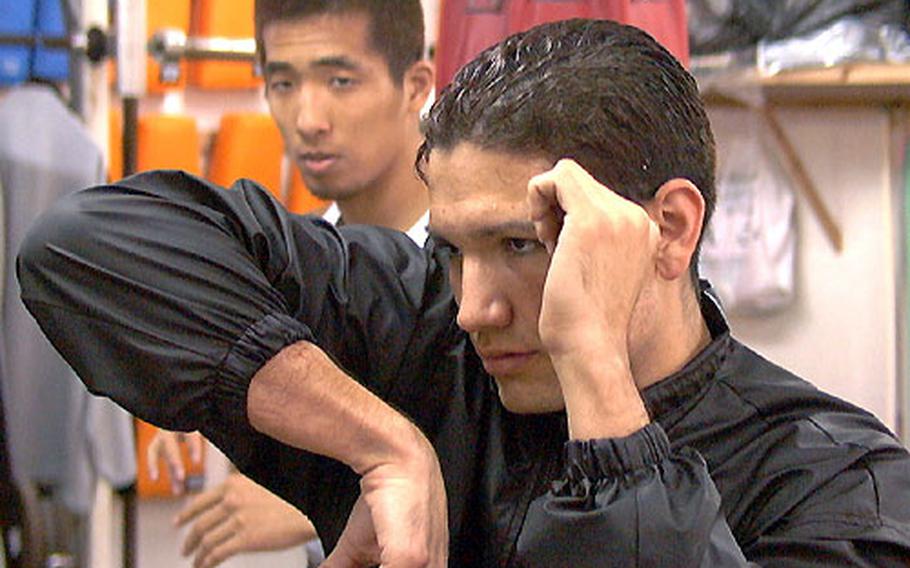 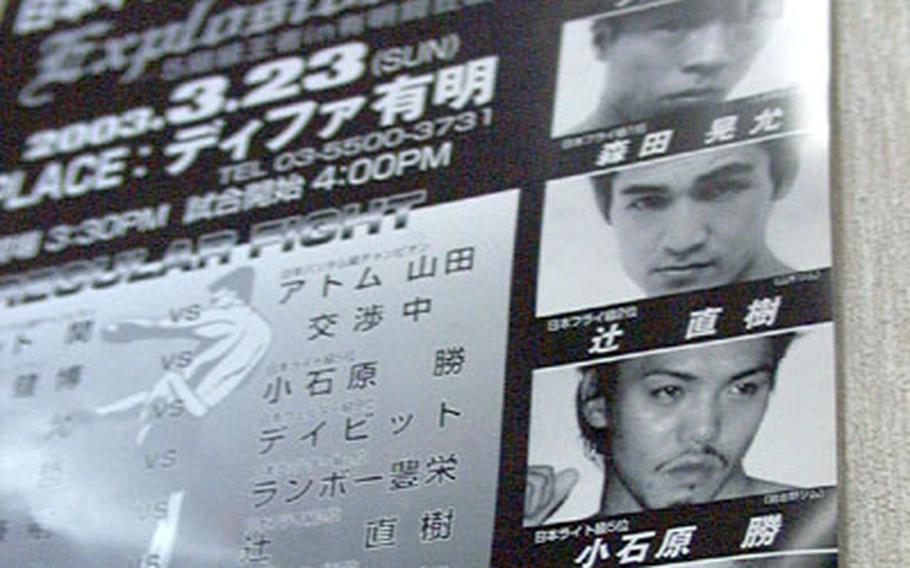 David Archuleta is pictured at the bottom right of this poster. (Carlos Bongioanni / S&S) 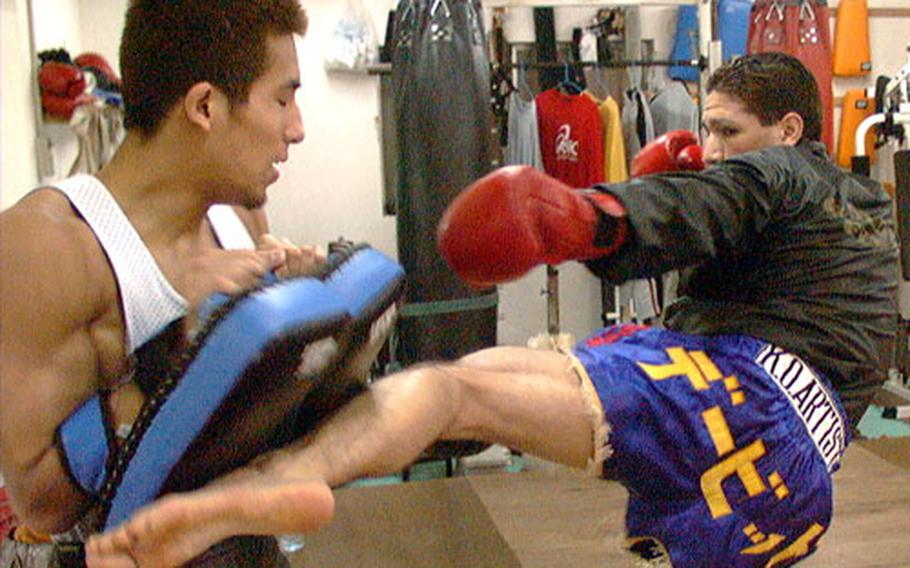 Over and over again, the rush of air &#8212; like the sound of a train releasing its air brakes &#8212; shot out of David Archuleta&#8217;s mouth in rapid-fire succession, as his foot and leg repeatedly smashed into his sparring partner&#8217;s protective pads.

He&#8217;s fought professionally for two years and is ranked No. 9 in Japan&#8217;s Martial Arts Kickboxing Federation. He was slated to fight the federation&#8217;s top-seeded welterweight, Inoue, on March 23 at Tokyo&#8217;s Difa Ariake arena.

On this particular Friday morning, several hours before he was to report to work, Archuleta was at a Naha martial arts studio getting lessons from the current Muay Thai world champion, Masaaki Kato.

Every morning before work and every night after work, he runs for an hour, covering up to seven miles at a time. After his morning run, he spends two to three hours in the studio conditioning as he practices kicks, jabs and various defensive moves.

An intense, three-minute, phantom sparring match with arms and legs flying left the airman perspiring and out of breath.

Asato noted how Archuleta carefully studies videos of his opponents to learn their favorite fighting techniques, so he can better prepare.

Inoue likes to strike blows with the elbow, said Asato. So he brought Kato down from Tokyo to teach Archuleta how to defend against the move.

While growing up in his native New Mexico, Archuleta said he was always a little pudgy and never well-conditioned.

He didn&#8217;t become interested in kickboxing until transferring to Okinawa for his first Air Force assignment in October 1999.

He saw kickboxing on television and was immediately captivated by the intensity of the fighters and the crowds.

By September 2000, he&#8217;d fought his first amateur match. He turned professional a year later, after winning all his amateur bouts.

Asato has high aspirations for Archuleta. Unlike his March 23 opponent, who is in his mid-30s and past the prime age for kickboxers, &#8220;David is young and will only get better.&#8221;