Sayonara: Friends take one last trip together in Japan The Udo Shrine in Nichinan, Japan, is steeped in lore and is a spiritual place for the Japanese. (Courtesy of Celso Febles)

The Udo Shrine in Nichinan, Japan, is steeped in lore and is a spiritual place for the Japanese. (Courtesy of Celso Febles) 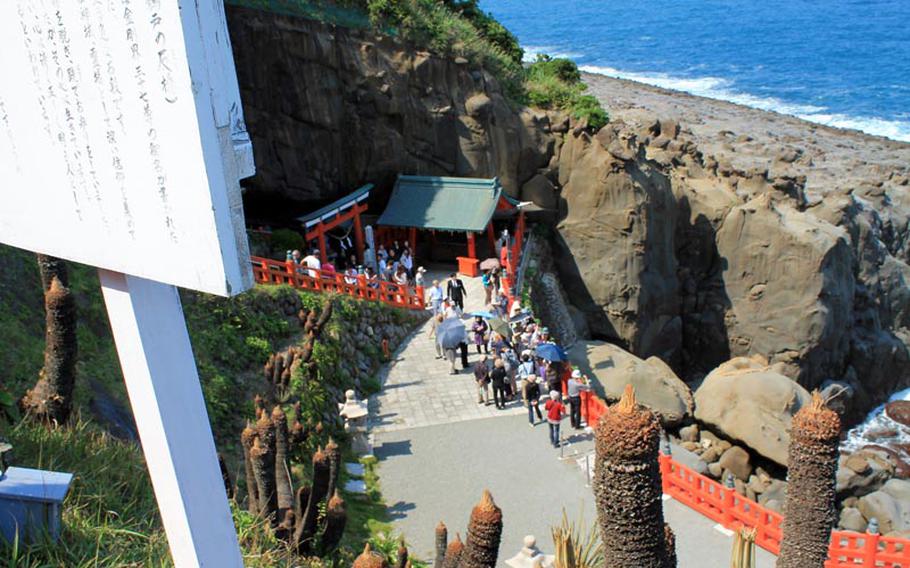 The entrance to the Udo Shrine in Nichinan, Japan, carved into the rock of a cave on the bluff. The shrine is said to bring good luck with fertility, marriage and relationships. (Courtesy of Celso Febles) 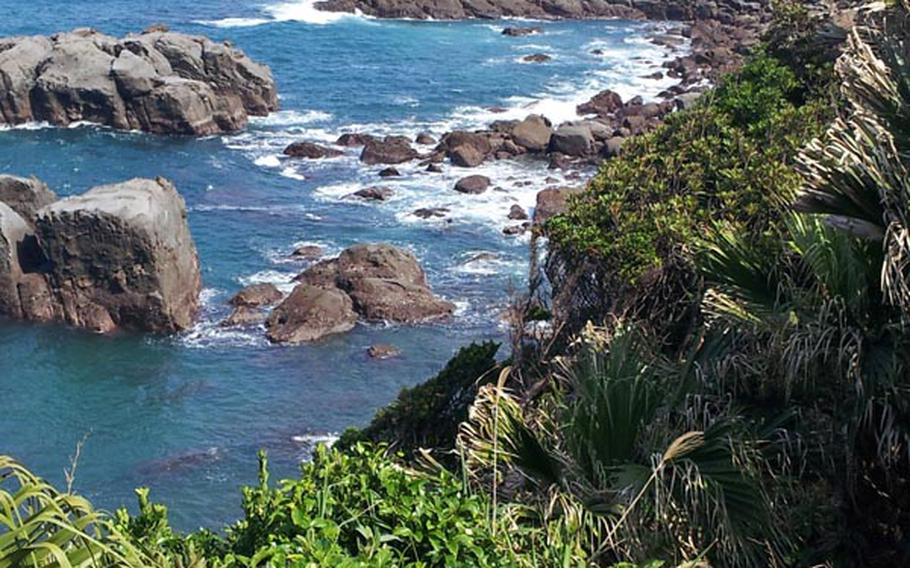 Visitors to the Udo Shrine take in the breathtaking view off the bluffs of Nichinan, Miyazaki. (Matthew M. Burke/Stars and Stripes) Visitors to the Udo Shrine in Nichinan, Japan, can toss pebbles into the small pool atop a rock; legend has it that if they go in, the thrower's wishes will come true. (Matthew M. Burke/ Stars and Stripes) 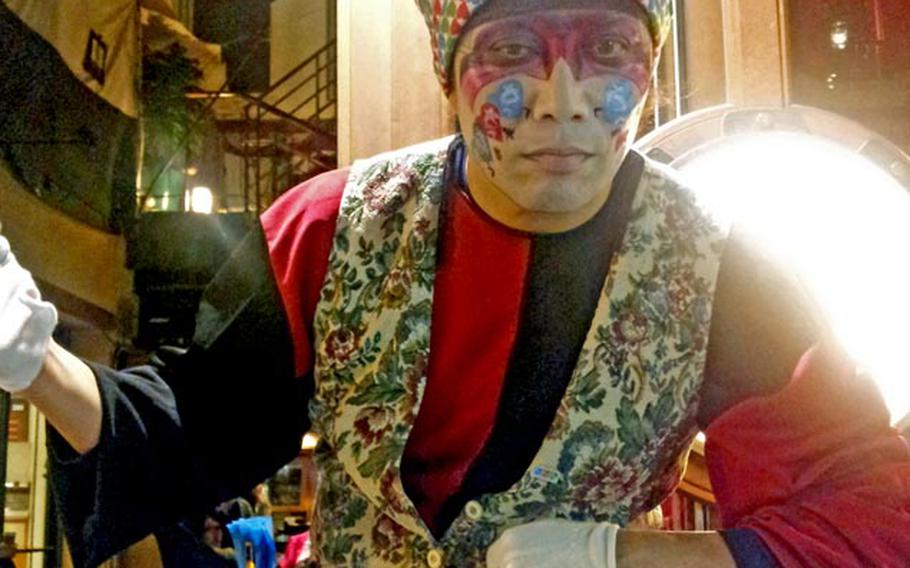 A multiitalented mime working the arcade in Kumamoto, Japan, can both break dance and stand perfectly still for eight hours. (Matthew M. Burke/Stars and Stripes) Miyazaki, Japan, is a surfer's dream. (Courtesy of Celso Febles) 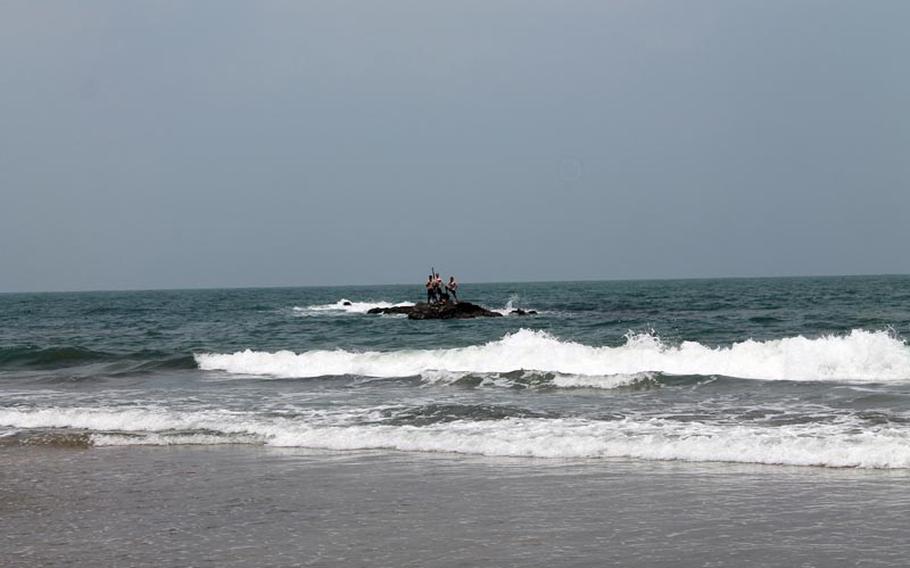 Conquering the throne of Poseidon at Shirahama Beach in Miyazaki, Japan. (Courtesy of Celso Febles) Futo Beach is just one of the tantalizing beaches along the Kyushu coast. (Courtesy of Celso Febles) A view of Kumamoto Castle's grounds from the grand donjon, or main tower. (Courtesy of Celso Febles) 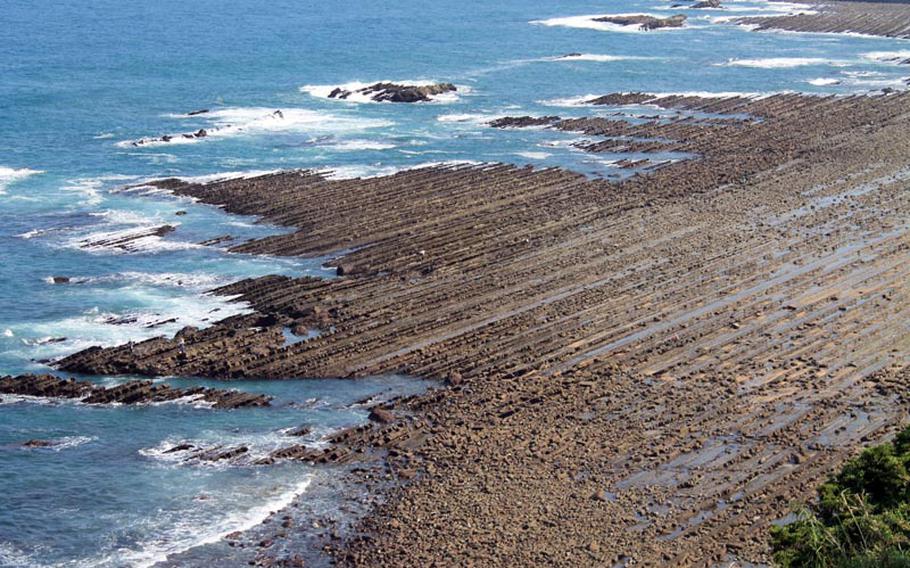 Goodbyes can be tough. But in the military, they are as much a part of life as cammies, MREs and physical training runs.The majority of Americans don&rsquo;t wholly understand the battlefield deposits in blood and tears made by our troops around the world, let alone the sacrifices in their personal lives and relationships. They eat, sleep, work and live with the same people for month- or yearlong deployments before being whisked away to some other locale and an often uncertain future, leaving friends and sometimes even family behind. Now imagine doing that for six or even 20 years, starting at age 17 for some.Memorial Day weekend, I hit the road from Sasebo Naval Base and traveled south to the Japanese cities of Kumamoto and Miyazaki to say goodbye to several great friends stationed here. One is heading off to a specialized school in the States, another to a promising life as a civilian, and another is being deployed to Afghanistan. They are all people I admire for their service and dedication to country and whose friendship I will forever cherish.

The trip was one for the ages, marked by never-ending laughter, bottomless mugs full of fizzy concoctions, night swimming, a lack of sleep, fireworks at one of the world&rsquo;s most beautiful beaches and tumbling like a rag doll in frothy waves before the throne of Poseidon.

It was a perfect sendoff.

On Friday evening, our crew of 13 piled into two vans and headed approximately two hours south to the city of Kumamoto, or &ldquo;Fire Country,&rdquo; known as much for its flourishing and potent nightlife as it is for picturesque mountains and caldera. After we checked into the hotel, we hit a German beer hall for dinner and walked the arcade downtown, each taking turns in the lead, up one side street or alley, into one bar or the next, splitting up at times, stopping in many an establishment to sample food or a splash of naughty water.

There was a break-dancing mime who appeared to be a statue on the street, able to stand perfectly still for up to eight hours. There were drinks made with celery and avocado and even absinthe. There were bear costumes purchased and flowers given to pretty girls. There was karaoke until the point of exhaustion, and then there was more karaoke.

We joked, we laughed, we neglected sleep, and in the morning, we got sushi and scaled Kumamoto Castle, recognized as one of the three finest in Japan, according to the Kumamoto prefectural website. It was completed in 1607 after seven years of work. Restoration has kept it as good as new, chock full of history and artifacts. It is a maze of high stone walls, serene green space, lookouts, and plenty of samurai and ninjas in costume to take photos with.

The grand donjon, or main tower, offers a spectacular view and overlooks the entire city. A climber in our group joked with a ninja who stood guard above a short outward inclining wall, pretending to scale it much as an invading army might have. The ninja grabbed his sword and pretended to hurl throwing stars.

After lunch we made the three-hour drive to the city of Miyazaki, a beach bum&rsquo;s nirvana, a surf city peppered with charming beach-themed cafes and bars, a haven to Japanese surfers from the north displaced by the March 11, 2011, earthquake and tsunami. It is a place where bathing suits and flip-flops are the uniform and being chill is like holding a backstage pass.

We dropped off our belongings in another hotel, and then it was off to Aoshima, a breathtaking, infinite, volcanic black sand beach. It was overcast, but a few of us took boards to the waves and surfed on the desolate beach, while others collected shells or goofed off, with an island and a shrine looming in the distance.

After the wind got to some of the ladies in our company, we walked across the street to a bar owned by a friend named Murray, a philosophical surfer from New Zealand. There, a Japanese surfer and musician who looked like Jesus took to the grill and we ate and drank the night away. Americans, Swedes, and even a couple from Belgium stopped on the street to talk to us about life, soccer and the spiritual aspects of Miyazaki and the beaches found there. As the night wound down, we found ourselves at the beach again, lighting off enough fireworks to make the Boston Pops green with envy. With Jesus wailing behind an acoustic guitar, the waves added the harmony.

On Sunday, we traveled the coast, stopping to see more spectacular beaches and to buy shrimp ice cream, local mango beer and baby Miyazaki palm trees. We arrived at Shirahama Beach to find it largely uninhabited as it was still early in the season.

Some in our party took refuge from the sun under the palm trees or umbrellas, while others dived into the foamy swells. A small portion walked a sand bar to a behemoth rock protruding from the chest-deep sea that looked much like a throne, the throne of Poseidon.

Several in the group carefully scaled it to look back at the beach, on top of the world, triumphant. I simply body-surfed the waves to shore over and over again, feeling the freedom of being tossed and turned a different way each time a wave took me and deposited me in the sand. It was total freedom; it was a slice of heaven.

We stopped for an impromptu dance party on the side of the road before heading for about an hour to the majestic Udo Shrine in Nichinan. The shrine is a very spiritual place for the Japanese, and is said to bring good luck for fertility and with marriage and relationships. It features an exquisite compound of statues, lanterns, buildings, bridges and stands to buy blessed spiritual ornaments, as well as bathroom facilities and refreshments. The view will take your breath away.

Unlike most shrines, which you climb to see, this shrine is built into a cave just under the crown of a bluff, so you walk down to it. The shrine overlooks daunting rocks that jut out of the water and majestic waves that violently smash against them.

Inside the cave are two rock features that look like a woman&rsquo;s breasts from the side. Water trickles from the cave&rsquo;s roof, and it is said that if a woman drinks the water from the stone breasts, she is all but assured fertility and luck with baby and partner.

There is also a rope circle on top of one of the giant rocks protruding from the sea a short distance from the shrine and a small pool inside the ring. Visitors purchase five lucky clay pebbles for 100 yen. Men must throw with their left hand, and women with their right. If someone gets a pebble in the pool, their wishes will come true.

I asked a Navy buddy if it was tough always coming and going, always having to say goodbye to friends.

My friend told me that because of this uncertainty, because of this constant moving, their relationships, like their lives, are accelerated and adrenaline-fueled. They grow up and must mature fast. For a civilian it may take years to fall in love or develop a deep and meaningful friendship. In the military, like the Sasebo 13 in the waves of Miyazaki on Memorial Day weekend, servicemembers dive right in. Friends quickly become friends for life.

As a righty, I missed all five shots with the lucky stones thrown left-handed, but I didn&rsquo;t care. I had everything I wanted or needed right there with me. And in that moment, now engrained in our minds for life, we will all continue to sit on the throne of Poseidon forever.