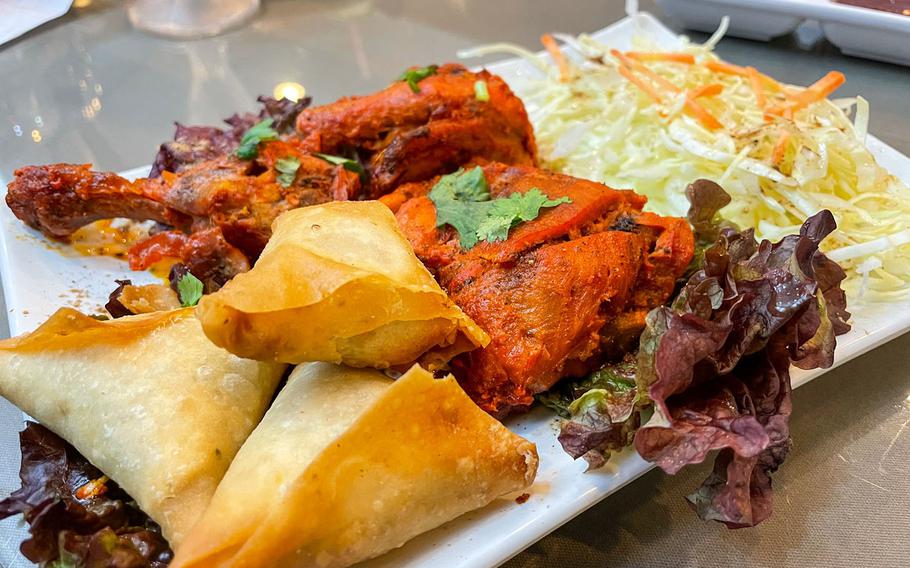 Buy Photo
The fried samosa appetizer and spicy tandoori chicken are just the beginning of any menu set from Mito Cha near Osan Air Base, South Korea. (Matthew Keeler/Stars and Stripes)

Buy Photo
The fried samosa appetizer and spicy tandoori chicken are just the beginning of any menu set from Mito Cha near Osan Air Base, South Korea. (Matthew Keeler/Stars and Stripes) 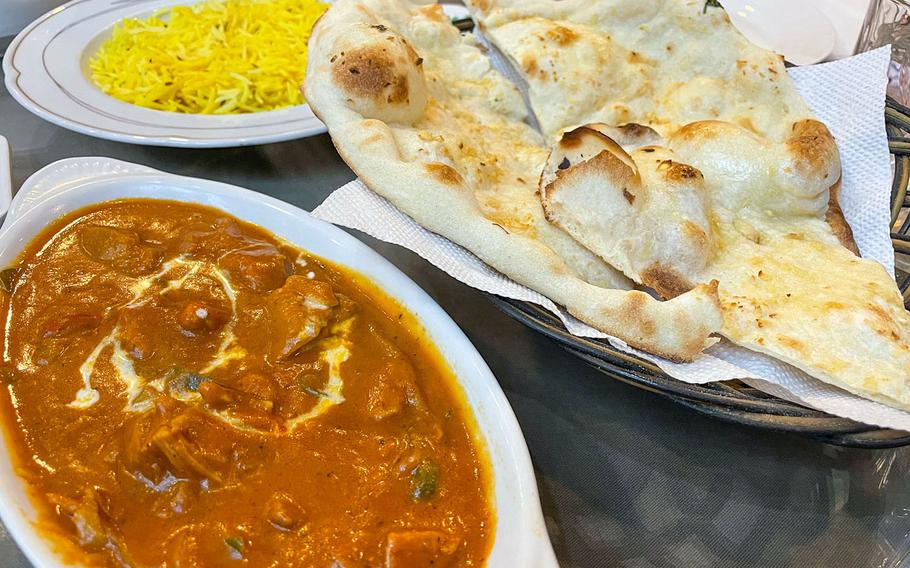 Mito Cha, or “It's Delicious,” serves up savory Indian cuisine aimed at delivering on its name with traditional curry, naan, tandoori chicken and more.

Within walking distance of Osan Air Base, Mito Cha is sure to thrill anyone looking to add a little bit, or a lot, of spice to their next sit-down meal.

With nearly a decade of experience with this cuisine, the cooks prepare each order based on your preferred levels of spiciness using a number scale, with one being mild and five amping the spices to extreme.

I decided not to test limits and settled for a less-than-medium level of two. I could have spiced it up a tad more, but I had to compromise for my guest’s tolerance level.

The menu options are overwhelming at first glance, with roughly 70 items to choose from. But don’t be discouraged. The first two pages break down recommended items and set menus to accommodate one to four people.

For 48,000 won, or about $42, my guest and I ordered the two-person set, which included a green salad, two samosas, two orders of chicken mushroom soup, tandoori chicken, choice of curry, rice, naan and a sweet banana and mango lassi beverages.

Items were served in that order as each was prepared, so the time between ordering and eating was very short.

The salad and the samosa arrived first. The spicy filling in these traditional triangular pastry appetizers made me more excited for the spices to come with the main course.

Within roughly 10 minutes we had everything we had ordered. The tandoori chicken, garlic naan and our chosen chef’s special chicken curry were the stars of the evening.

Described as native-style chicken cooked in Mito Cha special Indian sauce, the chef’s special was simply delicious, especially when used as a dipping sauce for the garlic naan flatbread.

The two-person set in the restaurant’s quiet atmosphere was clearly a suitable match for two people looking for good conversation over great-tasting food.

So, the next time you find yourself outside the gates of Osan wondering where to get your next bite, just remember Mito Cha and you won’t be disappointed.