Satisfy your sweet tooth in Regensburg with cupcakes and donuts 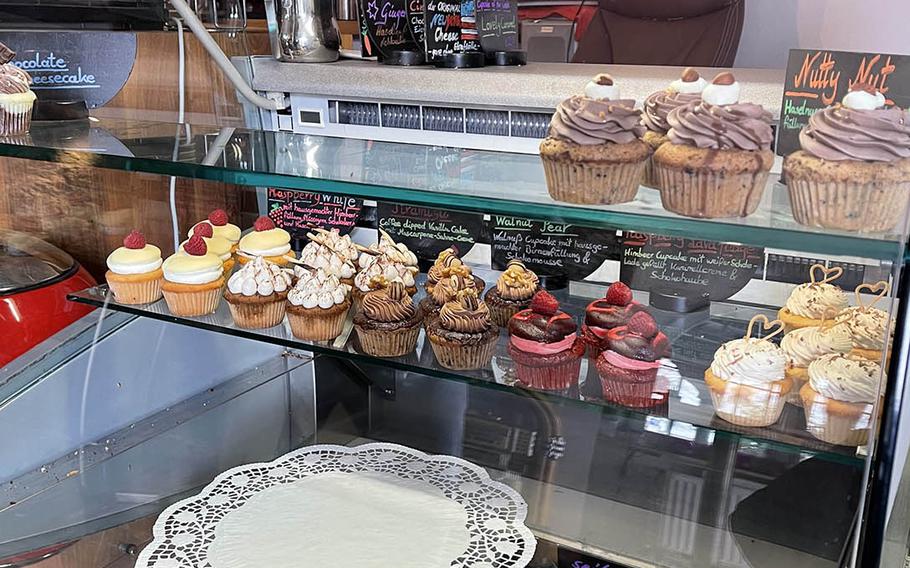 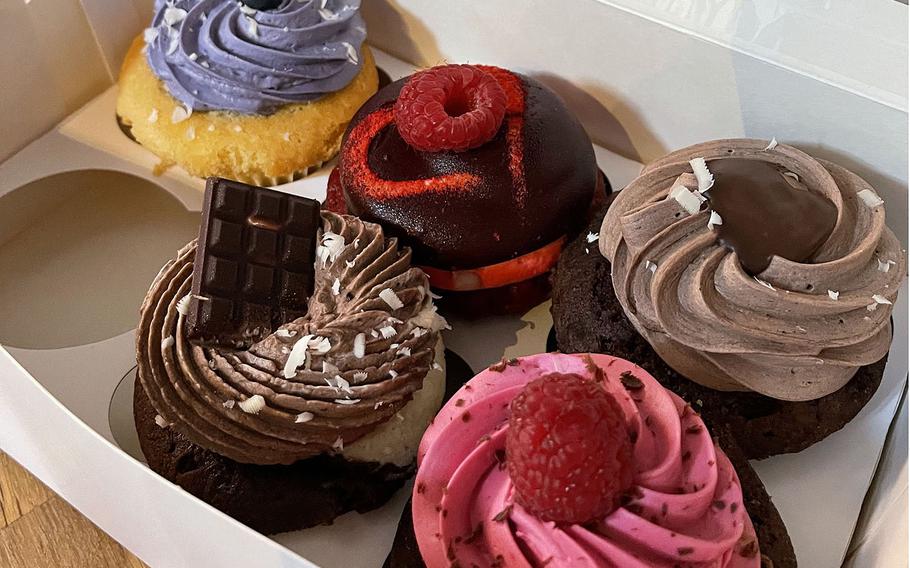 Buy Photo
A selection of Cupcakery's best creations. The triple chocolate, raspberry and blueberry are among the most popular at Regensburg, Germany bakery. (Immanuel Johnson/Stars and Stripes) 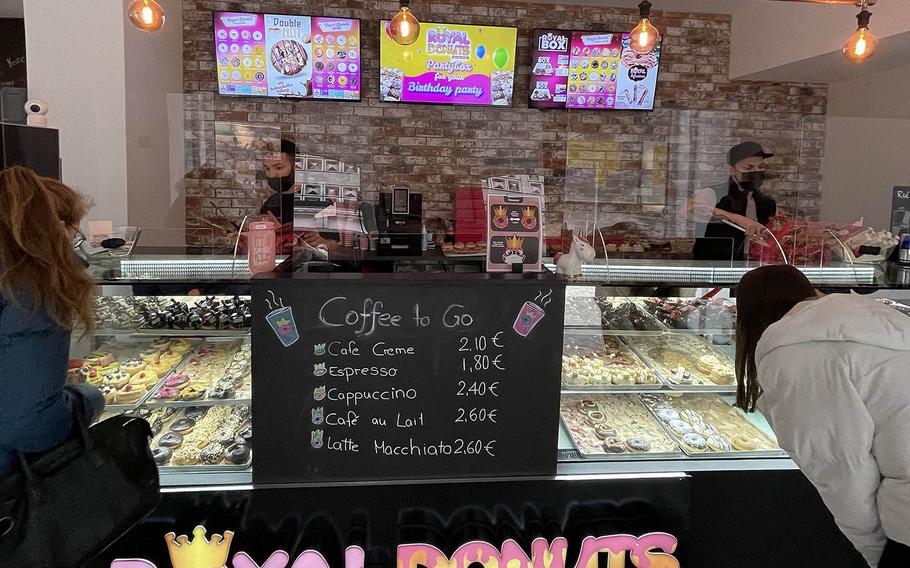 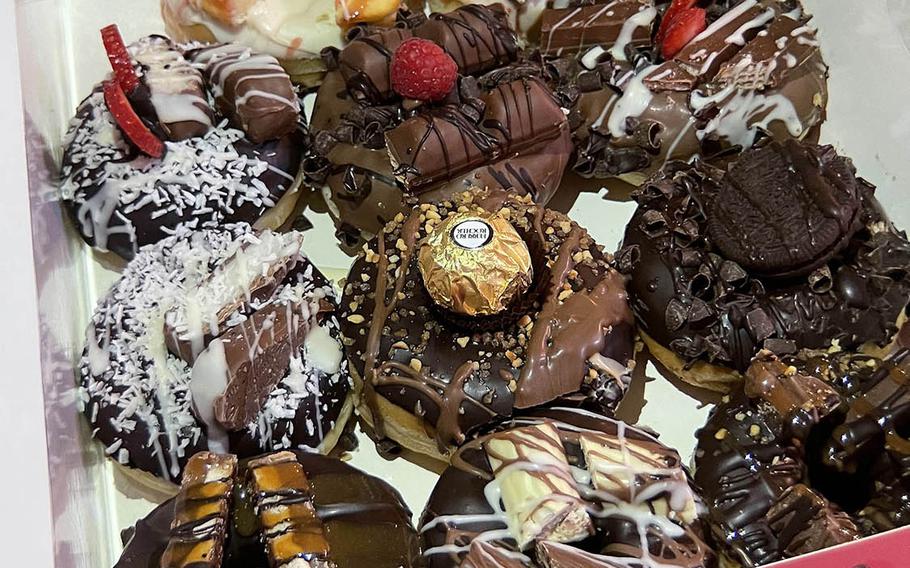 Buy Photo
Royal Donuts in Regensburg, Germany, sells as many as 1,000 donuts on busy days, a store employee said. (Immanuel Johnson/Stars and Stripes)

I grew up watching dessert challenges on Food Network, and what I found in a Bavarian city a day trip away from several U.S. bases can certainly compete with what I’ve seen on television.

I tried two different places; the first being Cupcakery Regensburg, which takes pride in gourmet cupcakes. They’re like those you may find at Washington, D.C.’s Georgetown Cupcake, but more affordable and without the wait.

The second, Royal Donuts, opened in February. The chain boasts 70 locations in Germany, and their specialty is, of course, a donut fit for a king or queen.

Both venues are only open for takeout due to pandemic restrictions. Still, it was a pleasant experience when ordering and receiving my goodies from both places.

A worker at Royal Donuts who identified himself only as Felix told me they specialized in donuts with individual toppings and different fillings.

They also have vegan donuts and crossnuts, croissant-donut hybrids better known in the U.S. as cronuts.

“There is always a line; every day we are completely sold out. On the weekends, we are sold out one hour before we close," Felix said.

If you are craving a donut, I would go here instead of a Dunkin’ Donuts.

Of those I tried, my favorite was hands-down the Bouncy Bomb — it’s topped with coconut and chocolate icing, and filled with Nutella cream. You really need to try this.

Right down the street, Cupcakery’s offerings are unique to the area, if very familiar to Americans.

Peter Valta, who owns Cupcakery, says they have been around for eight years.

“I wanted to try something new and offer a new product in [Regensburg],” Valta said.

The carrot cake cupcake is my favorite. I also enjoyed the raspberry cupcake of the few I tried, all of which were winners.

“The triple chocolate, raspberry and blueberry are some of our most popular,” Valta said.

He also encouraged newcomers to stop by and check out the assortment.

Both places are about hour away from Grafenwoehr and Vilseck, with plenty of choices for parking garages. The train station is about a 10-minute walk from either store.

Menu: Varies on what they have available in store. Their Facebook page announces a cupcake of the week: facebook.com/Cupcakery-243960772323269 in English and German.