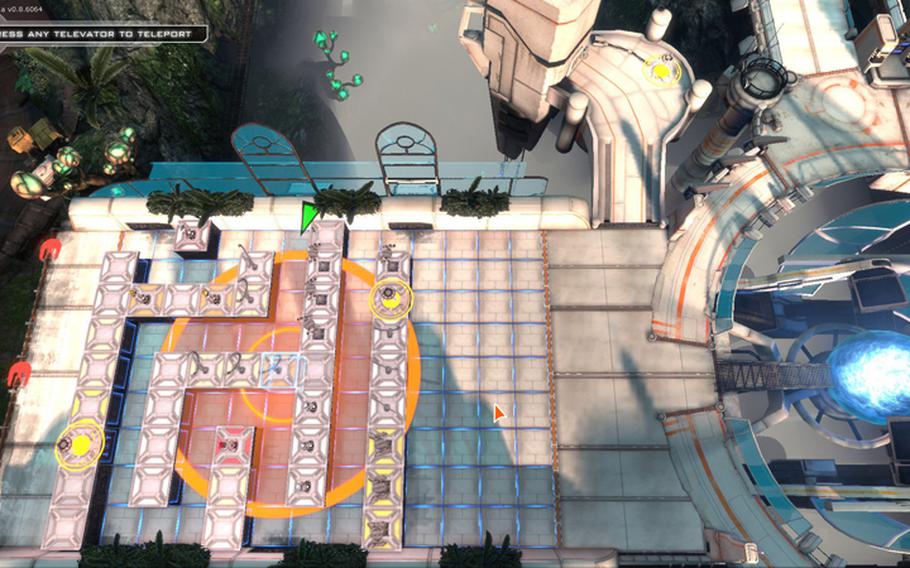 Like most castle-defense games, 'Sanctum' lets you build a defensive system to keep enemies away. ()

Like most castle-defense games, 'Sanctum' lets you build a defensive system to keep enemies away. () 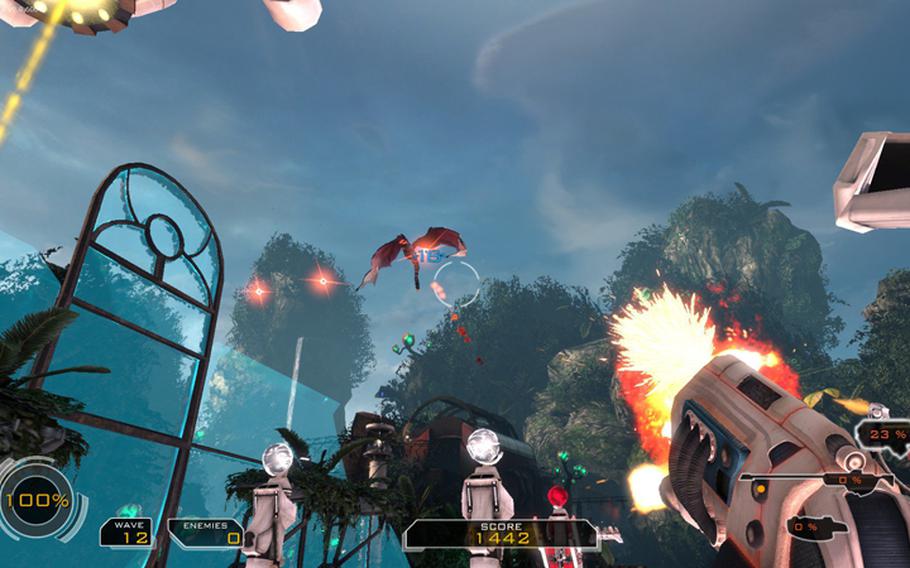 'Sanctum' lets you help defend against the incoming waves of baddies. ()

Doubting yourself is one of the biggest guilty pleasures that comes with tower defense.

Is your anti-air fortified? Is your maze optimized? Should you save or upgrade those basic towers? “Sanctum,” a new indie PC tower-defense game adds a new twist: are you, yourself, upgraded enough?

Like much of the genre, “Sanctum” involves waves upon waves of incoming baddies that you have to defeat. They’re trying to reach your core, or your house, or your brain, or maybe just your kid’s candy — whatever the reason, you have to choose through a wide variety of towers to crush, slow, explode or otherwise defeat them before they get there.

The “Sanctum” twist is to put you right into the action. The entire game is in first-person. In a sort of “Minecraft” style, you go around building up these large blocks — a basic turret, a lightning tower, a slowing field, etc., but once the round begins, you take out your own weapons: a machine gun, a sniper rifle and a ice ray, and do damage yourself. Each turret is upgradable 5 times and so is each weapon. You’ll only collect enough resources to upgrade one or two things all the way up, however, so you’re hard-pressed to balance what you can do with what your towers can do.

Running on Epic’s Unreal engine, the game looks very nice. While not full of the more fancy effects in “Modern Warfare” or “Battlefield,” it certainly outclasses every other tower defense game out there. The enemy models are varied and creative as well — often leading you to see a weak spot almost immediately, the sign of good art design.

Like all good tower defenses, it’s a game about juggling your resources. Maybe you can handle the baddies in the air and only build ground-attack towers? (Perhaps.) Maybe you can upgrade only your own weapons and take them all on by yourself? (Unlikely.) Or maybe you’ll spend the next hour re-trying different combinations until it’s suddenly dark outside and you should have been sleeping three hours ago. (Inevitable.)

“Sanctum” doesn’t help its time-sucking problem by making turret defense multiplayer. Up to four people can band together, each given his own resources to spend and upgrades to make. It can add up to some interesting, and possibly helpful plans, but without constant communication, it’ll more likely look like a slow train wreck of decision making.

As fans of the genre already know, that’s the weird thing about tower defense. Failing hard doesn’t detract from the fun, it only make the challenge more appealing. With these very inventive twists, and at the low price of $15 on Steam, “Sanctum” is even more so.