Visitors can check out Annakin Skywalker’s life-size Jedi starfighter with R2-D2 at the Tokyo International Forum exhibit at the Meguro Museum of Art. (Christopher B. Stoltz / S&S)

Visitors can check out Annakin Skywalker’s life-size Jedi starfighter with R2-D2 at the Tokyo International Forum exhibit at the Meguro Museum of Art. (Christopher B. Stoltz / S&S) 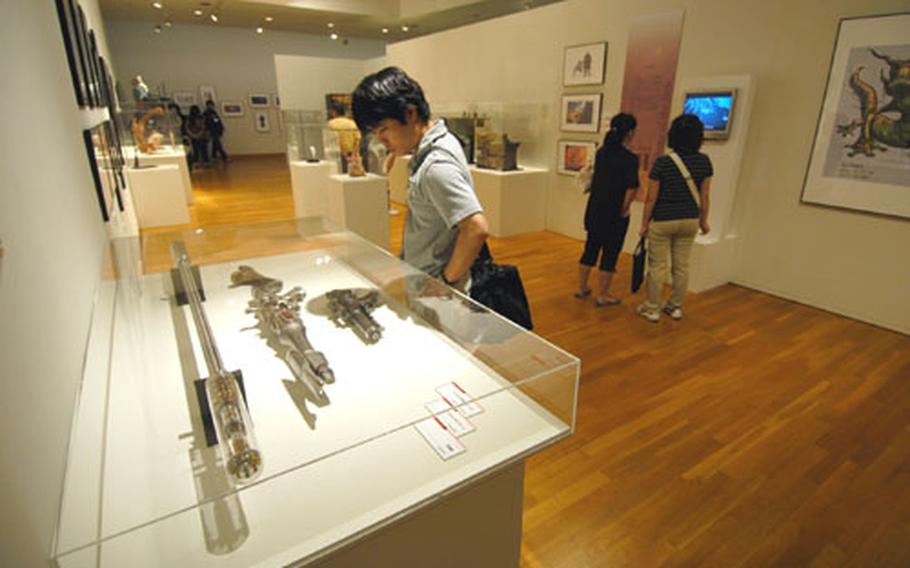 Star Wars fans will find much to see from props and concept art to costumes and vehicles at the Meguro Museum of Art. (Jim Schulz / S&S) 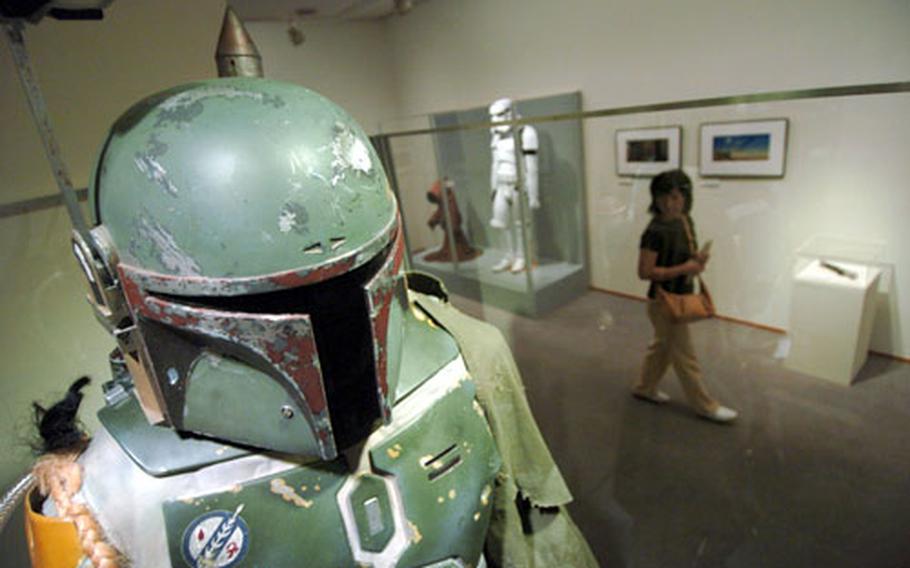 Museum visitors can check out the life-size costume of Star Wars icon Boba Fett at the Meguro Museum of Art. (Christopher B. Stoltz / S&S) Chewbacca, at the Meguro Museum of Art. (Christopher B. Stoltz / S&S) Guaranteed to stop the Star Wars fan is the exhibit of the Emperor, Darth Vader and Darth Vader&#39;s Surgery Table at the Meguro Museum of Art. (Jim Schulz / S&S)

The Darth Vader operating table and many other items used in the Star Wars film series are on display as two museums celebrate the completion of the Star Wars saga by hosting &#8220;The Art of Star Wars: Episode III Exhibition.&#8221;

Meguro Museum of Art focuses its exhibition on the birth of Darth Vader, and the Tokyo International Forum focuses on Starfighters and other vehicles that appeared in the Star Wars series.

The two exhibits bring together items such as concept drawings, models, matte paintings and costumes used in the filmmaking. It may be a once-in-a-lifetime opportunity to see these items &#8212; they are scheduled to be put into storage after their Japan tour.

Major attractions of the exhibit at the Meguro Museum of Art are Darth Vader&#8217;s costume and the operating table on which the familiar black-clad Darth Vader is created. The items are displayed in front of a three-dimensional picture showing Anakin Skywalker being transformed into Darth Vader in the operating room.

The exhibit also displays a model used to create scenes from the planet Utapau, where Obi-Wan Kenobi arrives in his hunt for the villainous General Grievous. In the miniature, called the &#8220;Utapau hero wall,&#8221; you can see the buildings made in small cracks and appreciate the detail in the model.

The Tokyo International Forum exhibit&#8217;s main attractions are Anakin and Obi-Wan Kenobi&#8217;s Jedi Starfighters. Anakin&#8217;s yellow-and- silver fighter and Obi-Wan&#8217;s red-and-white fighter were rare props that only a small part of Lucasfilm staff saw during filming, according to the exhibit&#8217;s organizers.

&#8220;This exhibit is the first and last chance for the general public to be able to see the two fighters in real life,&#8221; organizers said in a press release. &#8220;There is no better joy than if visitors who came to see the exhibits agree that even though the important part of the movie is the theme, whether it is utilized or not depends on the art of the movie&#8221; said the organizers on a message to the museum visitors..

The exhibits have something for everybody, from those who haven&#8217;t seen any of the Star Wars films fans who can recite the script.

&#8220;Much of the hard work that goes into the design of a Star Wars film is seen on screen for only a few seconds,&#8221; states George Lucas in a message to the museum visitors. &#8220; &#8230; this exhibition provides museum visitors in Japan the opportunity to spend more time in experiencing each element.&#8221;

Exhibit: The Art of Star Wars Episode III exhibition will be at the Meguro Museum of Art and Tokyo International Forum until Sept. 4; 2-4-36 Meguro, Meguro-ku Tokyo.

Tokyo International Forum is about a one-minute walk from Yurakucho station on JR Yamanote line or Tokyo Metro&#8217;s Yurakucho line.