Revamped 'Counter-Strike' stale as it stays the course 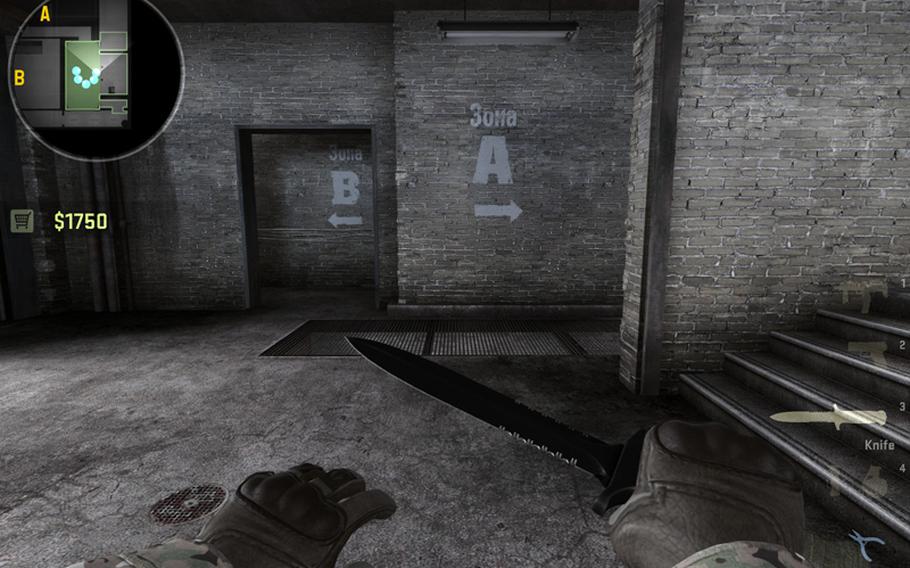 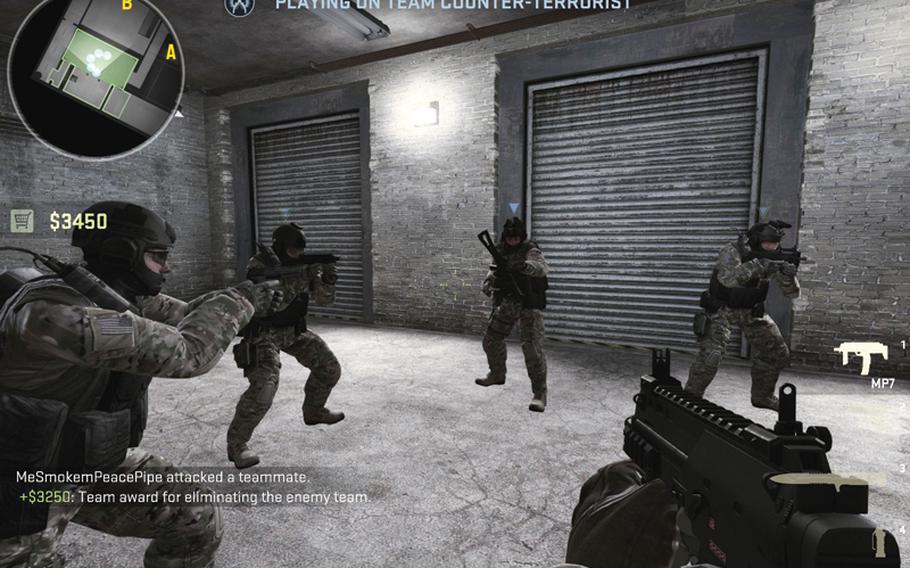 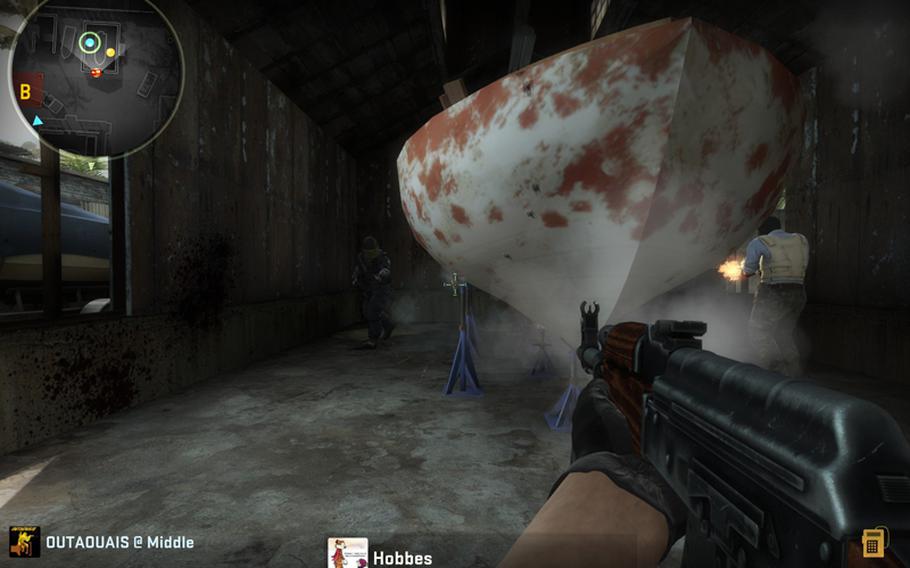 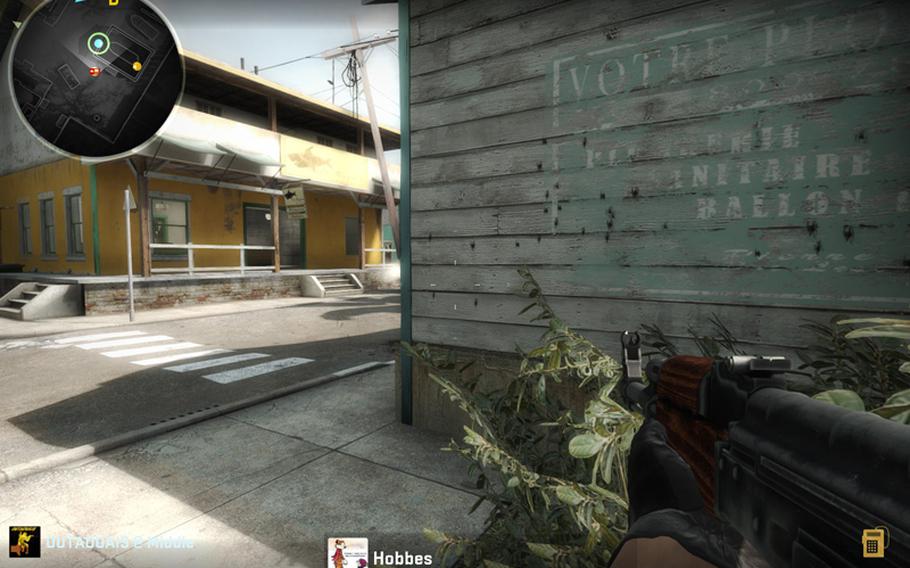 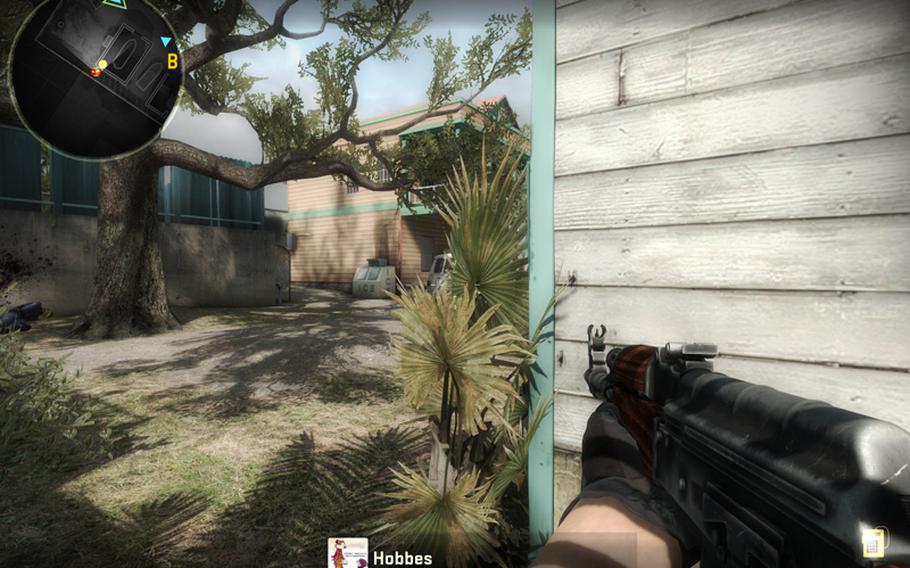 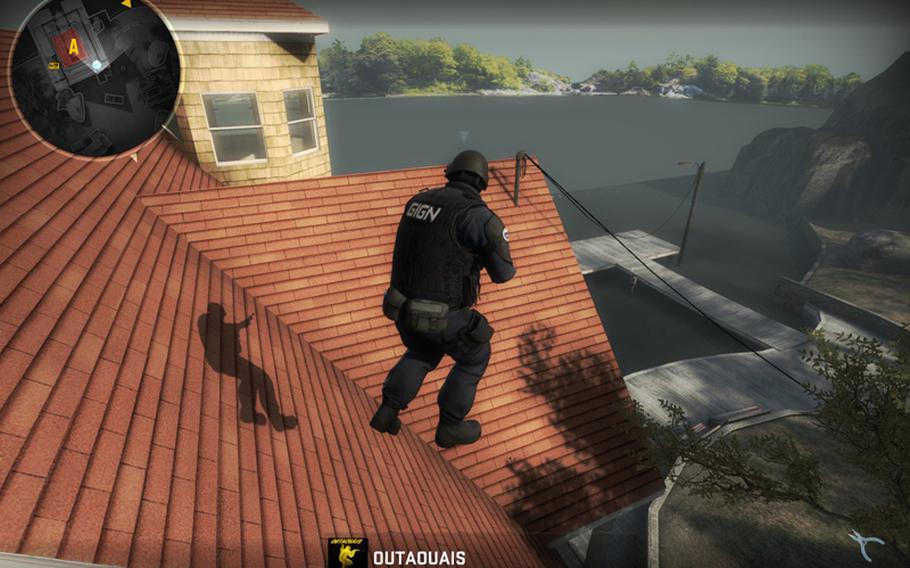 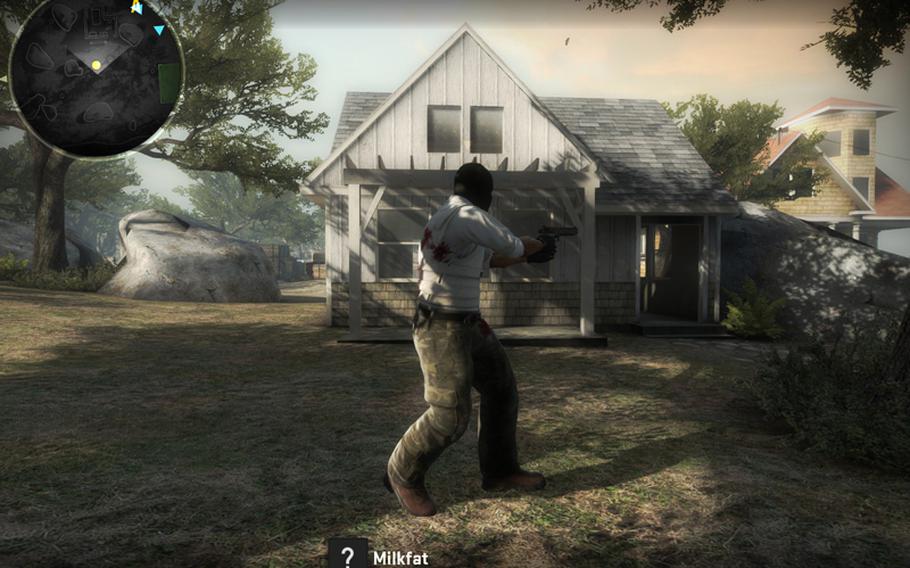 In the interest of full disclosure, let’s get something clear right off the bat: I’m a recovering “Counter-Strike” addict. My first digital obsession took me cross country for tournaments, had me missing (and eventually failing) a few college classes with countless all-nighters, brought on wrist injuries that still flare up, and even had me skipping dates.

That was a long time ago, in what seems like another life. Now, a dozen years later, here comes “Counter-Strike: Global Offensive” to sweep me off my computer chair once again. This time around, I’ve found an opportunity to look back and reflect on all the defused bombs and muscle-memorized build schemes. What I’ve concluded is this: I’ve changed, but despite a slick new interface, numerous graphical updates and a decade’s passing, “Counter-Strike” hasn’t.

“Counter-Strike” is now the virtual equivalent of a granddad for the likes of “Call of Duty” and “Battlefield,” but when it was first released in 1999, the game’s team-based, round style gameplay — you play as a “terrorist” or “counter-terrorist” until you die; the action resets after few minutes — was innovative and hugely addictive.

As a tactical shooter, it blazed the trail with weaponry and physics that lived in a more realistic world than the fanciful settings of other games. The basic mechanics and structure tied to starting as a team, waiting around after you died, and beginning it all again the next round were a big departure from the instant-gratification ideas of “Quake” or “Unreal.” If you messed up and were shot, there was a good chance you’d have a few minutes to sit there and stew about it, retrace your steps and vow — over a series of swear words — to do better next time.

Over the years, publisher and caretaker Valve has tried tweaking the “Counter-Strike” formula here and there, often to a deafening chorus of complaints from a fanbase that demands control. With this latest face lift, Valve and developer Hidden Path Entertainment vowed to listen to top players’ ideas and make a community-friendly revamp. Thanks to that, we get an oddly conservative update in “Counter-Strike: Global Offensive.” This new installment caters to the exacting demands of competitive players: a new online ranking system (finally), a new matchmaking system (at last) and a refreshed list of “classic” maps, weapons and gameplay, each little changed from where we were a dozen years ago (sigh).

Let’s start with the good stuff. Visually, “Counter-Strike” has never looked better or more convincing. Building off the latest Source engine (last seen in “Portal 2”), the character models, guns and environmental objects all gel like never before. In “de_dust,” broken boxes sit adjacent to decaying, dusty archways; “cs_office” shows off a fully furnished work space, complete with PowerPoint presentation blaring in one room and middling radio in the next.

The improvements extend to aiming as well, which is now portrayed with a double crosshair — one inside of another — to help identify recoil. Additionally, scoped weapons now use a blur/out-of-focus effect to indicate when your aim is untrue. Probably the best enhancement occurs on the mini-map, which now clearly identifies where your teammates are being fired upon from. That information slowly fades off the map as line-of-sight is lost, giving allies a better edge, but not an omnipresent knowledge of the situation.

Bonus points are awarded to the developer for finally cleaning up the menu navigation screens. Not only does “CS: GO” keep track of your achievements and stats in clearly labeled menus, it also sorts gameplay modes into four distinct groups, allowing you to create a buddy lobby and have each of your friends join the same game at once.

One of those modes exemplifies how tailored “CS: GO” is for tournament play. Classic competitive mode limits team sizes to 5 vs. 5, fixes round lengths at two minutes and sets games to best of 30 rounds, with sides being switched at the halfway point. These format changes offer a great default way for competitive players to jump right into action, eliminating the huge amount of extra game setup that was required in previous versions.

The changes also allow any casual player to experience what high-level play is like. The game’s flow is more structured with round limits and standard score, with a clearer end point to each overall match and for individual players. Also, it turns out teammates are more accountable when there are fewer of them, and vote-kicking is all the more likely to succeed to help weed out those who aren’t pulling their weight.

For players who aren’t quite up to the heat of classic competition, there are a couple of other game modes now in the official “Counter-Strike” canon. One is simply “casual competitive” — the same rules as classic, but without the team-size limits and with looser time restrictions. Basically, it’s the original “CS” style most players have already played.

Newer is a death match style gun progression game called Arms Race. Players spawn close to each other and simply try get a kill whenever they can. Each kill lands a new, fully-loaded weapon in your hands. The first individual to kill with each of the 27 weapons wins the match.

Another, more team-based mode is Demolition. Just as in Arms Race, players are limited to one gun at a time. If you get a kill, you earn a new, not necessarily better, weapon. The terrorists’ side can plant a bomb to win, but most of the time it’s whichever team has people left standing that wins the day.

The new modes are especially action-focused, sugary sideshows, and so get a handful of action-filled smaller maps. Each is tightly constructed, with some allowing players to find the other team in as little as two or three seconds after spawning, and finishing the match in less than a minute. It’s as thrilling as it is short to play on these maps, and the match is as complex as it is long.

In the end, the meat of “CS: GO” is still in the main course we were familiar with a dozen years ago. Besides visual and presentation enhancements, the game shoots blanks when it tries to mix up the core gameplay. All the weapons you used before — the Desert Eagle, M4A4, AK-47 and AWP sniper rifle — are still the go-to weapons. There are a few non-weapon additions, such as a lethal taser with limited range and one shot, a molotov cocktail, and a decoy grenade. The developers have even slightly altered the way players earn money, with higher sums given out for kills with harder-to-use weapons.

All these changes are great starts, but none make more than a slight dent in the core “Counter-Strike” formula. The fact is, there is still a long list of weapons you don’t use and familiar maps with stale strategies. It seems as though the formula thing could use some creative destruction. I’m not advocating the addition of flying drones, or even putting the riot shield back in — but some new hardware and creative thinking could dramatically freshen the experience.

There’s always been another, less mainstream side to “Counter-Strike.” An avenue where all the people with less than stellar stats can go to vent their frustrations — be it “sniper guns” or “knives-only” server, or even a Jack and the Giant beanstalk mode — “CS” revels in its realism, but excels and excites the most when it challenges that norm.

The extra modes in “CS: GO” — at least initially — seem to pale in comparison to what’s available from the mod community. Perhaps Valve and Hidden Entertainment are too scared of fragmenting their audience, but now, for $15, you can run the lengths of familiar maps such as “de_dust” and “cs_italy,” just as you could a decade ago, this time with a new interface, flashy graphics, and — finally — some type of matchmaking system.

In other words, “CS: GO’s” bid to stay relevant in the era of “Modern Warfare” and “Battlefield” is to update the look and experience outside the game, but stay much the same.

“CS: GO” reminds me of an interview I heard recently with a man who has driven the same Volvo for a record 3 million miles. The interviewer asks if he’s ever gotten tired of driving the same car, if he feels like he’s missing out on other driving experiences. “It’s like anything else,” the man replied. “Things that are new eventually get old and people get tired of it. Well, I kept it past the point where it got old and tired. It’s now something unique.”

“CS: GO” is unique in that it sits in the past, not reacting to changes around it. Perhaps at every million mile mark, Valve takes it in for a graphical update, maybe adds some physics or a new GUI. But that’s not nearly enough when you’ve got the gaming equivalent of Porsches and Lamborghinis vying for gamers’ interests. This gaming Volvo needs more than just a new coat of paint every five years.

Bottom line: It’s pretty, and the matchmaking system is a welcome addition, but there’s the feeling you’ve played this game before.